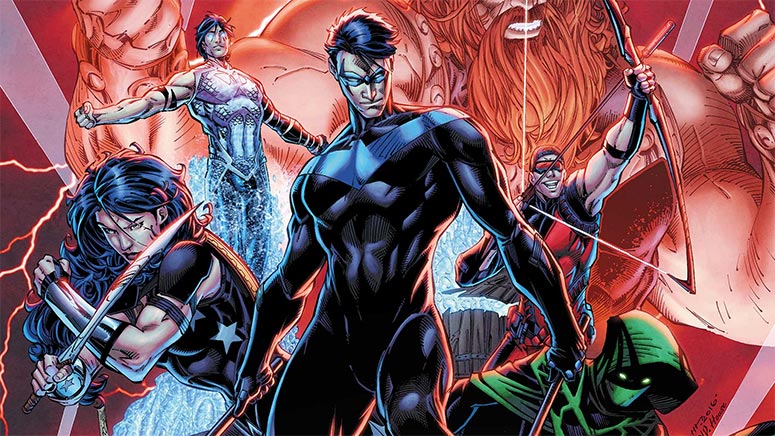 The “Titans” show has finally found a home.

“Titans” will be coming in 2018 to a DC-branded, direct-to-consumer digital service. The series will focus on Dick Grayson (aka Nightwing aka Robin) who “emerges from the shadows” to lead new heroes including Starfire, Raven, and more. This will be a live-action series falling into the realm of drama and adventure based on the very popular comic book.

“It was announced today that executive producers Akiva Goldsman, Geoff Johns, Greg Berlanti and Sarah Schechter are teaming up for the all-new, live-action drama series Titans, which will debut in 2018, while Warner Bros. Animation’s Young Justice: Outsiders, the highly anticipated third season of the popular Young Justice series, is also ramping up for its first mission next year.”

TNT passed on the “Titans” series earlier last year and the CW is too jam-packed with content to support a new series. Making this exclusive to the DC digital service could be a very smart move to promote the platform or a bad choice for the “Titans” series if they fail to gain an audience.

Additionally fans can look forward to Warner Bros. Animation’s “Young Justice: Outsiders” (the third season of “Young Justice”) making its way to the DC service. This may be a supplemental incentive to gain subscribers.

Currently both series are in the early stages of production. “Titans” and “Young Justice: Outsiders” are both set to debut in 2018.

What are your thoughts on this DC digital service move? Tell us in the comments below.