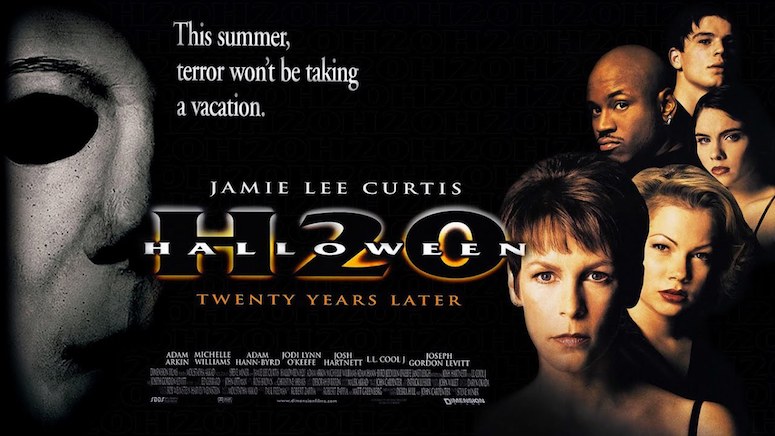 “Halloween H20: 20 Years Later” was the first time the “Halloween” series had to be revived with Jamie Lee Curtis.

Now that yet another 20 years has passed and another revival with Jamie Lee Curtis is due to come out, let’s take a look back. Why am I not doing a “Guide Through _ Series” article for the “Halloween” franchise? Simply put I don’t care. I saw the original because it was a classic. I found “Halloween 2” to be boring with unnecessary gore. The internet’s undying love for “Halloween 3: Season of the Witch” convinced me to see it and it was just alright. Then, my cousin nagged me to watch the Rob Zombie “Halloween” remake and the first half was indeed worth seeing. Once it actually became a remake my interest dropped. I may one day watch 4, 5, 6. I just have no interest one way or the other with Rob Zombie’s “Halloween 2.” Lastly, knowing what happens in “Halloween Resurrection” makes me so mad I’ll most likely never watch it. So those are my Halloween” series credentials. Now that this long introduction is taken care of let’s just dive right into “Halloween H20.” 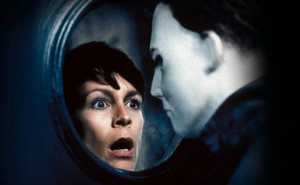 For those who don’t know, John Carpenter’s “Halloween” was always meant to be a standalone film with a cliffhanger. Well Hollywood doesn’t do well with successful films with cliffhangers and they had to have a sequel. For the 3rd the producers tried to turn it into an anthology series, it didn’t take. So, they brought Michael Myers back to life in 4 and continued the series from there. “Halloween (6): The Curse of Michael Myers” killed the franchise. Unsure what to do they decided to let things rest. Surprisingly life was shot back into the series by Jamie Lee Curtis deciding to get the band back together as it were. The original plan was to even have John Carpenter return as director. His fee was too high mostly because we wanted to be compensated for the money he felt he was cheated out from the original. So, they settled on Steve Miner director of some of the “Friday the 13th” sequels. Jamie Lee Curtis said the film began a sincere try at giving the fans a love letter. However, as the film went along it became just a paycheck gig for her. I mention all of this so we can understand why the film is so meh.

It’s not horrible, most of the characters are fine. They’re a little bland, but fine. Except of course for Laurie Strode. The story is fine. A bit generic, but fine. Laurie Strode has faked her death, like in part 4. Although they also seemingly got rid of the fact she had a daughter. The main takeaway is how much this film wears its “Scream” influence on its sleeve. Everything from the cinematography, to the music to even the poster just scream… well, “Scream.” The main issue is that I simply don’t care about any character not played by Jamie Lee Curtis or LL Cool J. Yes, I know rappers getting into acting can be worrisome but LL Cool J is charming as Laurie’s security guard. Jamie Lee Curtis of course is wonderful as she always is and brings plenty of humanity to the role. The teenage characters are not annoying, which is something I used to seeing in these types of movies. But at the same time they just don’t leave any impact so when the film does focus on them all I’m thinking about is how I’d rather be seeing Laurie. 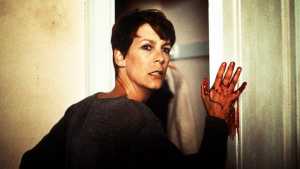 So overall a very bland film until the ending when Laurie decides she’s had enough of running and being afraid of her brother Michael and goes back to confront him one-on-one. It is great seeing her get her revenge and go toe-to-toe with Michael Myers. After all that happened in the original film it’s a little like seeing Ripley go after the Queen Alien in the power loader suit. It doesn’t have quite the same impact because of Curtis’ long absence from the franchise and the film up to this point being so very generic with no atmosphere or mood. They really misuse the jump-scare and just go overboard with it. I’m sure you’re tired of hearing critics complain about these in reviews so if you want an example of a good one then watch “Exorcist III.” You’ll know it when you see it. However, for this horror film the fact that it’s simply not scary in the slightest is a couple of points against it. It honestly wouldn’t be that bad of a first horror film to show someone who is fearful of them. Ok there is one effective scary scene and that would be when Michael stalks a mother and her daughter in a bathroom. I’ll give you that one scene, movie.

Another one of those I can’t imagine myself seeking this film out to re-watch. However, I could easily do it. After all it is a short, fast-paced movie.

"Halloween H20: 20 Years Later" must have been fun to see at the time. Nowadays it's just alright. It is short and moves fairly quickly. The ending props up the overall score and it is a joy to see Jamie Lee Curtis back in the role, taking on Michael Myers. I don't care at all about her son or the other teenagers. Its worst part being that the film is not scary in the least, except for kinda one scene. Again, it really is all Jamie Lee Curtis holding this film together. Although I'd still say you'd be better off just watching "True Lies" or "A Fish Called Wanda." Heck, I'd even say just watch "Fierce Creatures" instead. I give it 3 stars out of 5.