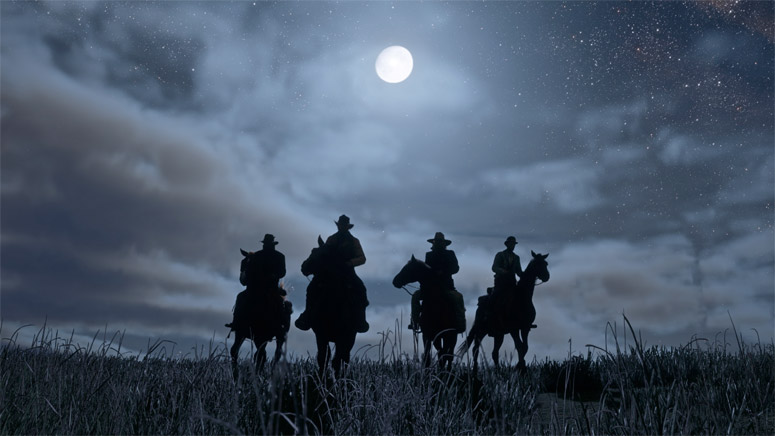 “Red Dead Redemption 2” is one of the most highly-anticipated next-generation console games, and it’s not too difficult to see why. The first title in the series was a massive success, showing that Rockstar has more in its repertoire than GTA. It followed the life of outlaw John Marston on his tragic path towards redemption, and it was nothing short of spectacular.

The sequel, “Red Dead Redemption 2,” will be another outlaw saga set in the American heartlands back in the days of the Wild West. This will also be Rockstar’s first game created from the ground-up specifically for the latest gaming consoles, which alone is enough reason to believe the hype.

Yet details of the upcoming release are relatively scarce. Nobody seems to know much about what the story will entail or what new features we might see that will make this a winning game in its own right. Aside from a few screenshots and a short teaser trailer, the world is still in the dark when it comes to RDR2, and even the release date is still up in the air.

When Rockstar first announced Red Dead 2 in 2016, they set the expected release date for Fall 2017 — in September, to be precise. We couldn’t wait.

Yet an announcement on May 22nd shocked gamers into stunned silence, anguish, and outbursts of anger. Rockstar said in a statement that “Red Dead Redemption 2” wouldn’t be released until Spring 2018, a set-back of quite a few months.

In the announcement, they apologized to fans, but said that they are “firm believers in delivering a game only when it’s ready.” To their credit, they probably have a point. Most gamers would prefer to see another work of perfection, even if it is slow-baked, rather than have Rockstar rush out their potential masterpiece in a hurry.

Rockstar also displayed several beautiful and captivating screenshots with the announcement — perhaps as part of the apology, or perhaps for reassurance purposes.

Just as gamers began to settle into the idea that they would have to wait a little longer for RDR2 to hit the shelves, yet another piece of news was to shake up their hopes and expectations. Rockstar’s owners Take Two Interactive revealed to investors during a meeting on September 15th that “Red Dead Redemption 2” “Won’t be out this financial year.”

The financial year happens to run until the end of March. This means that according to Take Two’s statement, RDR2 will be released in April, at the very earliest.

Given that spring lasts until the end of May, Rockstar hasn’t officially delayed the game any longer than its last announcement, but the vague use of ‘at least the end of the financial year’ does seem to point towards delays that could go beyond spring.

There’s a lot of speculation around “Red Dead Redemption 2.” Will the game follow the story and character of John Marston, like the first installment? Will it feature the old backroom poker mini-games, or will the game evolve — much like poker itself has moved from the backrooms to the online mobile app era — and feature new storylines, quests and goodies?

Rockstar has delayed the release of RDR2 several times. Will one of the year’s most anticipated games live up to the long wait?