Disney and LucasFilms have gone to great lengths to keep the 7th installment to cherished 1977 sci-fi staple, “Star Wars: The Force Awakens,” shrouded in Sith-like secrecy. That is until now…

“Star Wars: The Force Awakens” will be the darkest film yet seen in the long-running space saga, according to an alleged leak of key information from a user claiming to be a Lucasfilm employee on the 4chan message board.

In addition to alleged Leaked plot details, the so called “Info dump” on 4chan from the alleged Lucasfilm employee puts the highly anticipated Episode 7 on a darker path and claims that JJ Abrams is locked in battle with Disney over  so-called “key issues.”

“There is a great disturbance in the Force.” Sounds like Emperor Abrams will have his work cut out for himself in luring the Entertainment Giant to “Come to the Dark Side.”

Now play close attention to the use of the word ‘alleged.’ don’t jump for joy or cry tears of sorrow over this news as it has not been officially confirmed, and as just about anything else on the internet, it must be taken with a grain of salt (and a shot of Tequila). 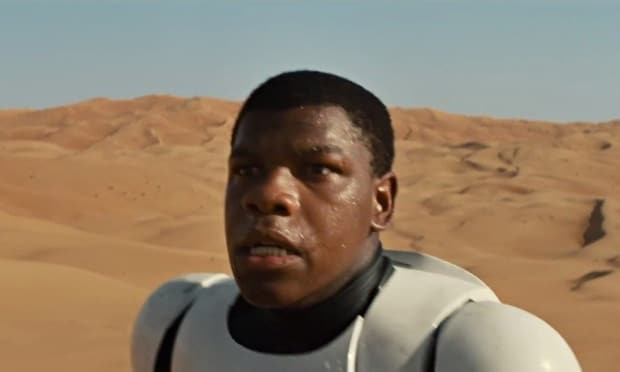 With that said, let the potential SPOILERS begin. We know that a number of new characters will be filling out the ensemble as they join the original core cast. What we may not have known, but perhaps presumed, is that these characters may have developed Jedi abilities, but with the absence of Luke Skywalker these young prospects are unable to achieve their full potential. We know that this is said to take place some 30 odd years after “Return of the Jedi.” According to the Chan leaker, the film will be set amidst a 40-Year war of attrition between the Rebel and Imperial forces, with themes that correlate with WWII. So where is the not so young Skywalker? Well, it is alleged that he has become reclusive amid fears of being confronted by the enemy.  The leaker continues to explain that this absence has only allowed Luke to train a few Jedi Padawans. The face from the trailer,  John Boyega, is rumored to play a “force-sensitive” stormtrooper who upon defecting has been left stranded on Tatooine only to be hunted by Imperial forces.

The general sense we get from the ‘Leak’ is that the over-all comedic feel of the film will be subdued and limited to very brief comedic insertions alleged to be through the droids, like C-3P0 and R2-D2. This is not really too surprising, as the teaser itself had a colder more militant tone as well.

theGuardian.com went on to reveal that:

4Chan user Spoiler Boy, who posted the original thread, described Lawrence Kasdan’s screenplay as “too good for Abrams”. He shot down rumours that Benedict Cumberbatch will play a role in the film but claimed Adam Driver would play a masked Sith-like character with cyborg elements. It is apparently Driver who is seen in the trailer for The Force Awakens, carrying a sword-like lightsaber (which is different to the usual weapon because he constructed it himself without formal training).

As far as plot leaks go, I am personally not offended by any of these possibilities and welcome a grittier installment to help cleanse the pallet of the colorful and kid-like prequel trilogy. Again, all of this is still conjecture until somebody from the LucasFilm/Disney camp steps forward to confirm or deny the validity of these claims. I would not hold your breath for that one. 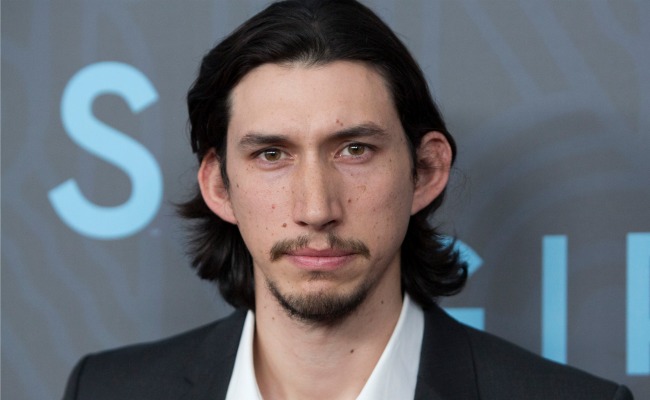 Adam Driver sharing lineage with Dooku? Is he the Hooded Sith from the Teaser?

What do you FadFans think? Is the relatively unknown Adam Driver the cloaked hilted light-saber wielding Sith we see in the teaser? Is Boyega’s “Force Sensitive” Storm Trooper a home-run or a critical error? Do you think the Darker theme will be a deal breaker for Disney?

“Star Wars: The Force Awakens” is due for release in December 2015. Stay tuned to FilmFad.com for all the latest updates, spoiler and leaks for the upcoming Episode 7.