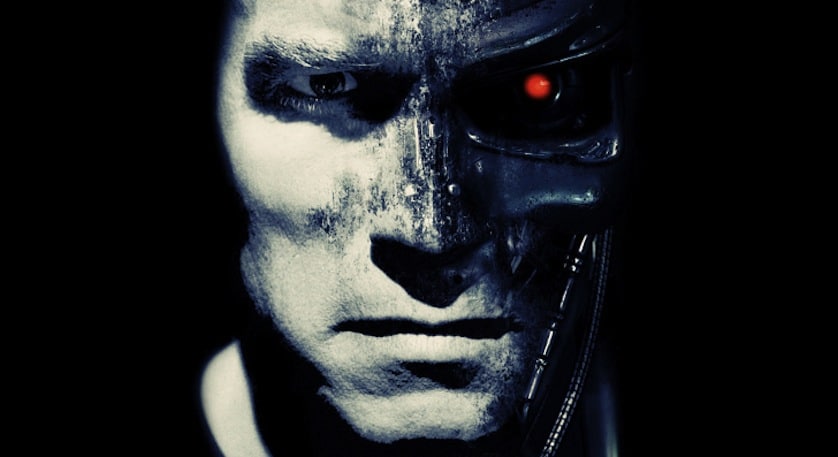 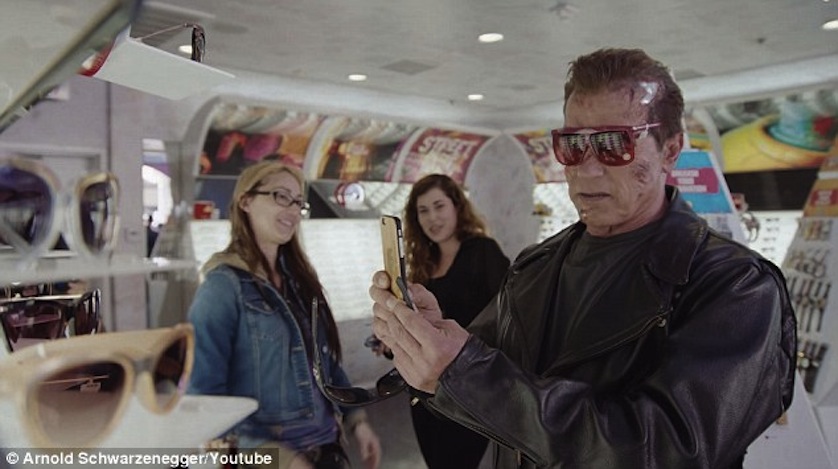 Arnold Schwarzenegger, the 67 year old former Governor of California, made unsuspecting fans scream and babies cry at Madame Tussauds by pretending to be a Terminator waxwork.

Come with me if you want to live! 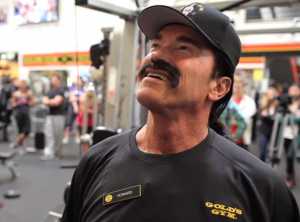 Thats right, Arnold is back and in full-on T-800 make-up and attire, figuratively scaring the sh*t out of innocent bystanders (and literally scaring the sh*t out of at-least on baby) all in the name of… charity (you thought I was gonna say John Connor, didn’t you?). This isn’t his first prank for charity either. Not too long ago, Arnold returned to his roots and visited Gold’s Gym in Venice, California posing as an oddball personal trainer.

The iconic action hero pranked passerbys by posing as his waxy T-800 doppeleganger, only to suddenly stun them by ‘coming to life’. The muscular and mischievous movie star took part in the practical joke in an effort to draw attention to his charity, After-School All-Stars.

The video captures the reactions of countless wax museum patrons that posed with Arnold’s assumed waxy simulacrum before being supremely startled. Men, women and children alike are seen shrieking and dashing away from the onscreen legend before breaking into a relived laughter.

Arnold took to Reddit to discuss his recent video saying:

Last year I learned that the more fun I have promoting after-school all-stars, the more fun you have watching and the more you get engaged. So it’s my Trojan horse – I do ridiculous things and have a great time, but I get you to pay attention to something really close to my heart.

Check out the Arnold’s video below.

After School All Stars was founded in 1992 with the mission of assisting financially-challenged youths academically excel. After you watch Arnold Schwarzenegger prank people as the Terminator, make sure to enter for a chance to join him at the upcoming “Terminator: Genisys” premiere.

What do you think of Arnold’s awareness inducing antics? We want to know, so let us know in the comment section below!

I just checked out the video and this is great stuff. I’m all for celebrities using their fame to bring awareness to charities and such, especially when they do it in a manner that’s positive and a lot of fun. Having fun and showing enthusiasm towards something always beats trying to guilt people to your cause.