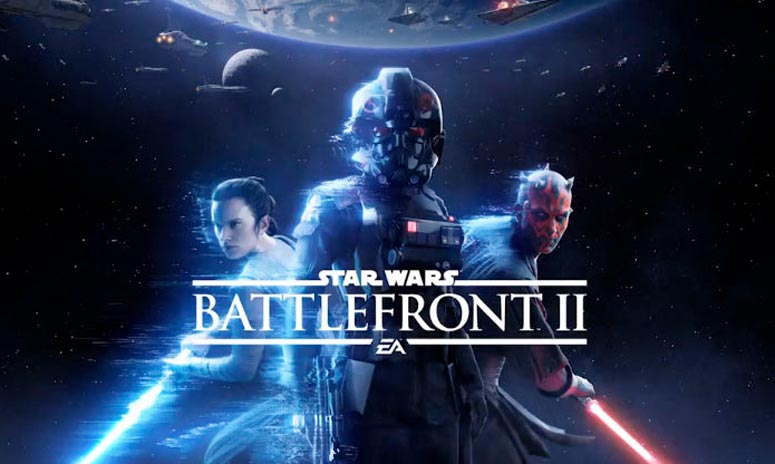 Everyone has been anticipating “Star Wars Battlefront II” and now may be your chance to start playing early. The multiplayer beta will be starting in October and they’re doing things different this time around. In order to play, you have to pay…pre-order that is. Fans who pre-order their copy of “Battlefront 2” will be able to participate in the multiplayer action early and get a taste of what’s to come. Check out the official full details below.

We’ve heard you loud and clear: you want to try your hand at epic encounters with iconic heroes, massive battles across detailed landscapes, and thrilling dogfights in space. You want to play Star Wars™ Battlefront™ II. Well, we have good news for you: the Star Wars Battlefront II multiplayer beta is on the way, available for PlayStation® 4, Xbox One, and Origin for PC in October.

Fans who pre-order Star Wars Battlefront II will be able to play the beta early, starting October 4th. The beta opens to the public two days later on October 6, and there’s a lot to explore.

What’s in the multiplayer beta? You’ll be able to experience some of the best of Star Wars Battlefront II across iconic planets and into the far reaches of space. Get set to dive into Naboo: Theed in Galactic Assault. Join Republic clone troopers and Separatist battle droids in a wild melee on the streets surrounding the royal palace, where you’ll take control of some of your favorite heroes.

But that’s only part of the story. Also included is a multiplayer Starfighter Assault battle (with more details to be revealed at Gamescom), giving you the ability to pilot a variety of the most memorable starfighters from Star Wars™. Keep your eyes open for even more surprises as the beta approaches.

The beta runs through October 9, and if you want to be among the first to play, pre-order Star Wars Battlefront II now. In addition to early beta access, you’ll get bonus content including Yoda’s Epic Lightsaber Mastery Star Card, which is only available while supplies last until October 9, 2017**.

“Star Wars Battlefront II” hits stores on November 14, 2017 just in time for the holiday season. Most major retailers should be accepting pre-orders.

Tell us if you will be pre-ordering and where in the comments below!

This was first reported by EA