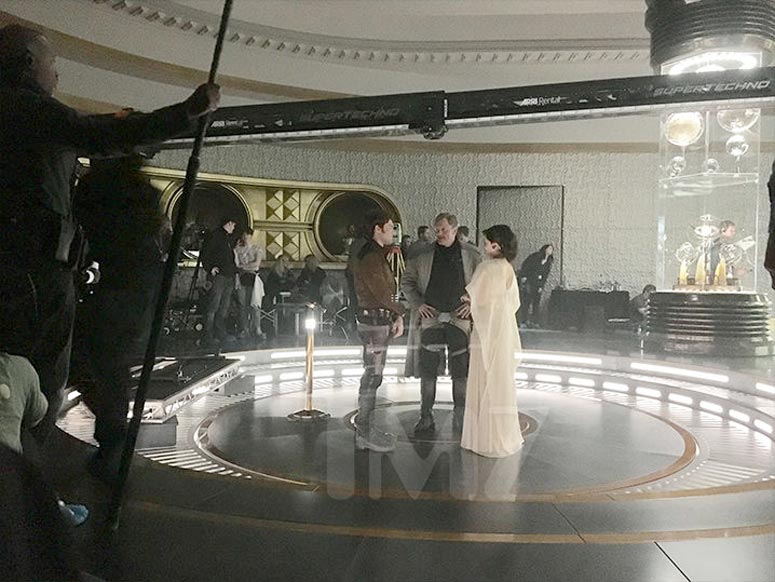 Han Solo (Alden Ehrenreich) joins new Star Wars character Beckett (Woody Harrelson) in the latest leaked photos from the set of the new Han Solo film. As we can see from the scene in the photos, the setting captures the essence of Star Wars with the light pattern on the platform. Although this other figure in white is still a mystery. Could this be Emilia Clarke? 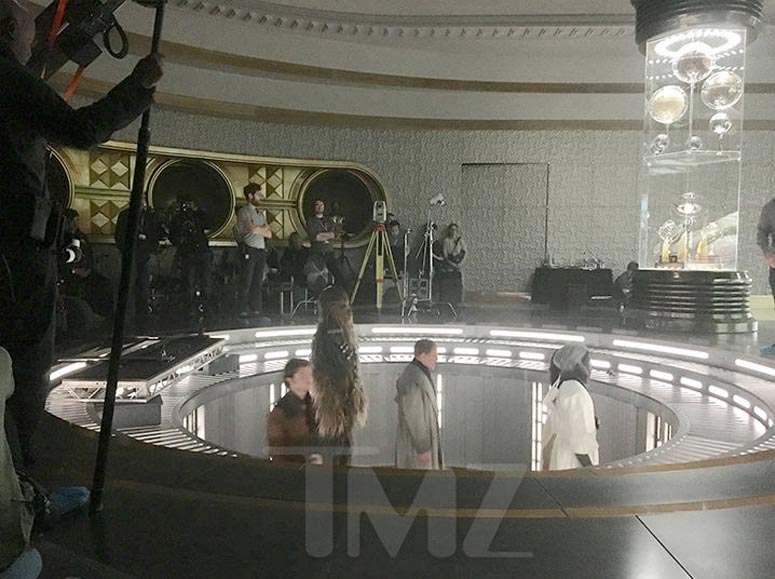 By now everyone knows of the trouble on set with Chris Miller and Phil Lord. After completing about 80% of the film, they were fired by Kathleen Kennedy for taking too much of a comedic spin on the film. Ron Howard ended up replacing them as director. Additionally Alden Ehrenreich had to have an acting coach brought on set to clean up his performance.

As far as further details go, we are still in the dark about much of the Han Solo film. We know of the mentioned cast and Donald Glover as Lando Calrissian, but the direction of the film is currently being kept secret most likely due to negative press.

The Han Solo film is still slated for release on May 25, 2018 with hopes that any missteps can be forgiven and corrected with Ron Howard taking over.

What are your thoughts on the new film?