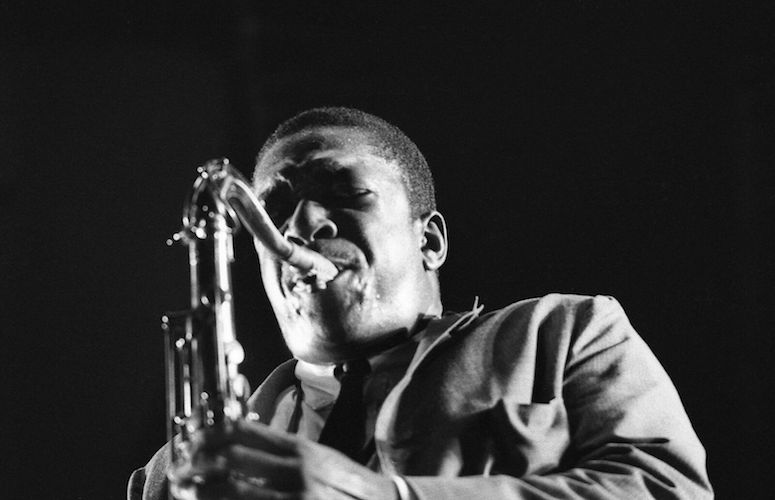 “Chasing Trane” paints a somber portrait of the afflicted turned iconic alto saxophonist John Coltrane. Documentary writer and director John Scheinfeld (“The U.S. vs. John Lennon”) focuses on Coltrane’s on again and off again struggle with drug addiction followed by the musician’s eventual rise to fame. With a low-key, yet surprisingly star-studded, inter-splicing of interviews, real life photos and sound bytes, “Chasing Trane” wrangles an enjoyable level of watchability. Touting guests like former United States President Bill Clinton and with some narration by Academy Award Winning actor Denzel Washington, the film introduces viewers to Coltrane through his closest friends and most famous fans. Even though the documentary is slim on archival video footage and the ken burns effect on the still images looks like it was done in iMovie, the tumultuous narrative Scheinfeld paints is intriguing, especially for fans of Jazz music. Continue reading after the jump.

Set against a backdrop of the American Jim Crow South, “Chasing Trane” takes viewers on a trip through John Coltrane’s musical roots and humble beginnings. From his unassuming musical debut in a Navy Bebop band to his rabid practice regiment to his musical union in a powerhouse quintet led by Miles Davis and beyond. The film hooks viewers by starting the story with Coltrane being ripped from his path to musical ascension due to his drug use. The narrative pits Coltrane with a difficult decision between drugs or being remembered as one of the best saxophonists of all time.

“You’re in the club with the pimps and hustlers, and they tell you, here, take some of this, you’ll feel good. And you go for it and then you’re stuck.” – Jimmy Heath 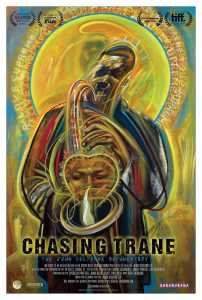 John Coltrane, an iconic saxophone player credited with revolutionizing jazz during the 1950s, passed away due to liver cancer in 1967 at the age of 40. As the film proves, the painfully quiet Coltrane never did any television interviews and only gave a few radio interviews. “Chasing Trane” is the life of John Coltrane expressed almost entirely through a patchwork of memories retold by his closest friends and most famous fans, making for an intimate viewing experience.

For viewers who are unfamiliar with the film’s namesake, “Chasing Trane” gives a informative overview of Coltrane’s backstory and eventual influence. In a nonlinear fashion, the movie tracks the development of the saxophonist’s compositions, from the simple beauty of his ‘50s pop riffs to the masterful celestial spirituals of his bird-like ‘60s croons.

While the daunting story wants to drag beneath the weight of the repeat references to Coltrane’s drug addiction, Scheinfeld does well to maintain balance with ample insertions of the music icons genius and hopeful potential. “Chasing Trane” is a middle of the road documentary with above-average soul. Although some non-music lovers will perhaps find mild enjoyment in the narrative, “Chasing Trane’s” story of a afflicted self-made stars’ meteoric impact on Jazz will likely be most appreciated by the late musician’s fans.

"Chasing Trane" is a middle of the road documentary with above-average soul. Despite the fact that some non-music lovers may perhaps find mild enjoyment in the narrative, "Chasing Trane's" story of a afflicted self-made stars' meteoric impact on Jazz will likely be most appreciated by the late musician's fans.