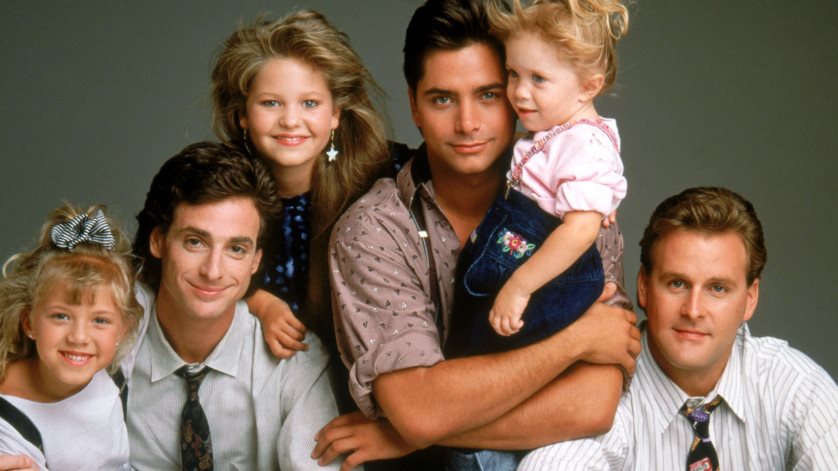 Get ready TGIF fans, Netflix is eyeing “Full House” for a reboot!

“Everywhere you look…” there’s a reboot being made. At first it was films being rebooted and now it’s television. According to TV Line, the “Full House” series is being eyed for a reboot. The rumored title “Fuller House” will be featured on Netflix if it’s picked up and consist of 13 episodes revolving around D.J. (Candace Cameron) with guest appearances from other former cast members.

According to sources, Netflix is this close to ordering Fuller House, a 13-episode multi-cam continuation of Full House to star Candace Cameron Bure as D.J. and Andrea Barber as her BFF Kimmy.

The series is said to be headed by its original creator Jeff Franklin with a co-producer role for John Stamos. John Stamos is also said to be a recurring guest star on the show along with veteran cast members Bob Saget and Dave Coulier.

With a focus on just two characters and the others only having guest spots, I’m wondering how well a “Full House” reboot will do. Netflix may be flexing their muscles with their recent ventures and other acquisitions but rebooting a 1990s television show? Television has changed since the 1990s and even though “Full House” had its following, I’m not sure if that following will be strong enough to pique the nostalgic interest of modern day TV viewers.

But as for now the deal has not solidified even though it seems likely. A “Full House” reunion has stirred up fan interest in the past but will this proposed version give the fans what they’re asking for?

Do you think “Fuller House” will succeed on Netflix?