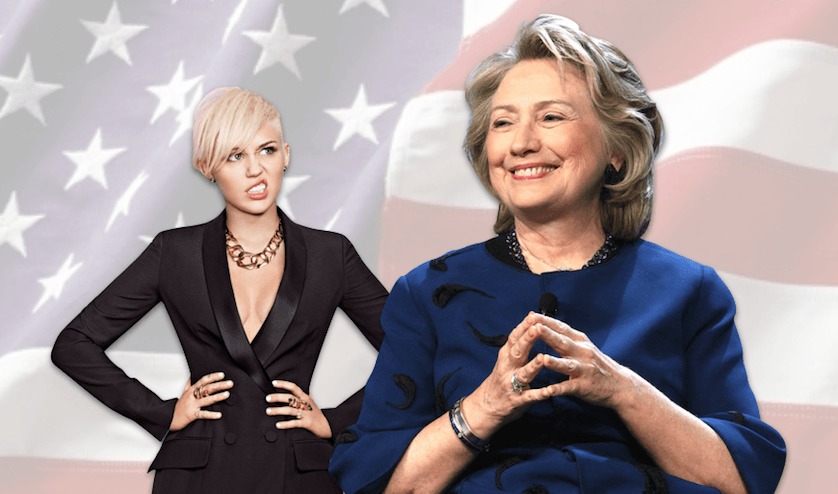 She “came in like a wrecking ball,” says veteran casting agent Katherine Shear about Cyrus’ spot on rendition of the former first lady and ex-Secretary of State, Hillary Rodham Clinton.

Cyrus will play a major role in the untitled Clinton biographical film which will touch on the Clintons’ time at the White House, but primarily focus on Hillary’s bid for presidency in 2008 and on. The former “Hannah Montana” and current teddy bear eroticizing pop-star was “just the seasoned player that they are looking for,” according to Shear.

Not many people realize how much of a headline grabber and political trendsetter Hillary really is. From her “misspoke” debacle to her recently uncovered use of personal email accounts for governmental business, Mrs. Clinton has seen her fair share of controversy. To Shear, this makes it a no brainer to bring on the young and equally controversial Cyrus, who made headlines with her more than adult MTV Music Award performance where she twerked on Robin Thicke.

Hillary is a warrior in the political arena just like Cyrus has been in the entertainment business. Moreover, both Hillary and Miley are beacons for strong and independent women within their own respective industries. According to Shear, Cyrus also has the look. Cyrus will be playing over three decades of Hillary’s life, so audiences can expect to see Cyrus age by way of make-up and CGI. When interviewed on the matter earlier this month, Cyrus claims to be ready to fully immerse herself into the challenging role of a lifetime.

As for Cyrus’s penchant for pushing the envelope with provocative publicity stunts, Shear doesn’t think that Miley’s bad girl image will further tarnish the not so sterling appeal of the semi-oxidized Clinton brand.

Cyrus was confirmed for the role earlier this week after months of competing against the likes of Anne Hathaway and Reese Witherspoon. When asked to comment, neither Hathaway or Witherspoon made a statement in response.

Although the part of Bill Clinton has yet to be cast, the major contender at the moment is Tom Hardy, who is most recently known for his role as the villain Bane in the third installment of Christopher Nolan’s Batman trilogy. Shear says Hardy’s performance as Bane is what caught their eye when considering their options. “He has such a commanding sense of control and power,” perfect for portraying the smooth talking and silver haired former head of state. 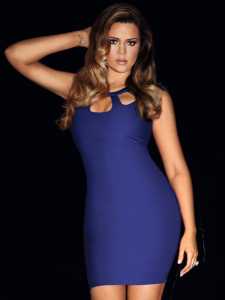 There have also been whispers that Khloe Kardashian will be taking on the role of Monica Lewinsky, but Shear was unable to confirm at the moment. Shear did however hint at the potential saying,

The question still remains as to who will be assuming the role of Chelsea Clinton. A few months back Emma Watson (“Harry Potter”) was in discussion with the studio and attached to the role of Chelsea, but recent reports from people close to the situation have confirmed that Watson is no longer being considered.

Filming is slated to start early 2016 in the state of your imagination.