Netflix has acquired the rights to adapt Lemony Snicket’s “A Series of Unfortunate Events” into a TV series.

Netflix is growing in every direction. Whether it be acquiring rights to exclusive Adam Sandler films or streaming an in theater film like St. Vincent, they’re covering all of their bases. Today we find out that they have acquired another exclusive but this time the source is a popular book series. According to The Hollywood Reporter, Netflix will be adapting Lemony Snicket’s “A Series of Unfortunate Events” into an original series.

The streaming service has acquired the rights to produce a new series based on the 13 best-selling novels published from 1999 to 2006 and written by Lemony Snicket, the pen name of author Daniel Handler. 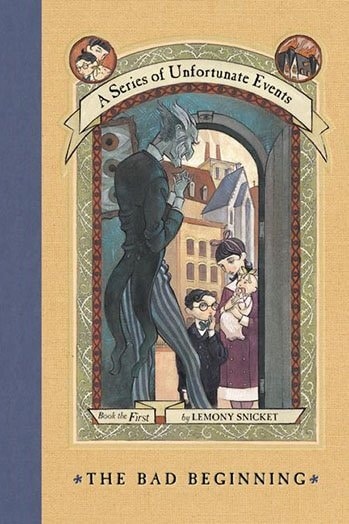 Jim Carrey starred in the first screen adaptation of the Lemony Snicket series alongside Jude Law and Meryl Streep. The film was very well received by critics and audiences earning a respectable $118 million. With respectable yet not phenomenal numbers, can Netflix expect to see a lucrative gain from this venture? It seems as if the studios think so given that Paramount (the original film’s studio) is putting faith into their TV studios to produce the series. In addition to the original studio, the series will also have the author of the novels Daniel Handler (pen name Lemony Snicket) as an executive producer.

I think that Lemony Snicket’s popular novels could be even better served as a TV series than a film. Much of the content from the book series was condensed for film so a television series would open the door for further exploration of the books. For fans of the series that felt short changed, this may be redemption. This could be a sort of small scale “Harry Potter” for Lemony Snicket’s readers.

Are you excited for Lemony Snicket’s books going to Netflix?