With the upcoming Marvel’s “Guardians of the Galaxy” prepping to hit theaters on August 1st, the internet is ablaze with rumors and hearsay. Which characters will meet? What adventures will we see?

Writer/director James Gunn promises it to contain more Marvel universe characters than any other feature before it. I am sure that we may not hear them mentioned by name or immediately pick-up the reference, but they will be generously littered throughout the film.

According to StitchKingdom, here are a few Spoilers for You.

SPOILER ALERT: If you like to sequester yourself away from anything that may spoil a movie, then I suggest you click here and read Ryan’s less-invasive post on “Guardians of the Galaxy”.

What you are about to read cannot be unread.

You have been warned.

“Castle” star, Nathan Fillion will be ‘Monstrous Inmate.’ Stan Lee will of course have his customary cameo, except this time as the ‘Xandarian Ladies’ Man.’ We will hear the raspy voice of musician and horror movie maker, Rob Zombie (“House of 1000 Corpses” and band White Zombie), as ‘Ravager Navigator Voice.’ Even the films director, James Gunn will make an appearance as one of the ‘Maskless Sakaaran.’

You might be thinking, “that really wasn’t much.” Well, you’d be right because I saved the best for last. 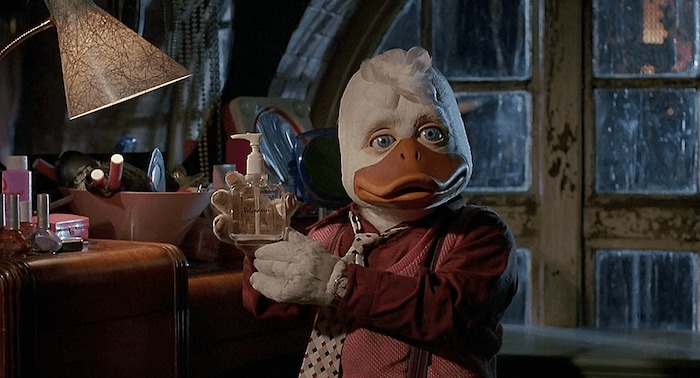 Howard the Duck. This Marvel Comics legend and 1986 feature film lead is said to make an appearance at some point in the movie. As to how they will tie him in, it is uncertain. It might be something as simple as a “Howard the Duck” dvd lying around on a coffee table.

In any case, I am sure fans will be appreciate of the extraordinary efforts being made to realize the Marvel Universe on the big screen.