Han Solo’s abilities could have made him quite the force user.

We all love Han Solo. His personality and swagger are what many strive for in life. But while we love his antihero persona and sometimes harsh nature, his natural “luck” sometimes exceeds that of common characters in the “Star Wars” universe. While he may not officially be a Jedi or in tune with the force, he definitely shows signs that say otherwise. Join us as we explore the many reason why Han Solo could and should have been a Jedi.

The Insurmountable Odds Stacked Against Him (On Hoth) 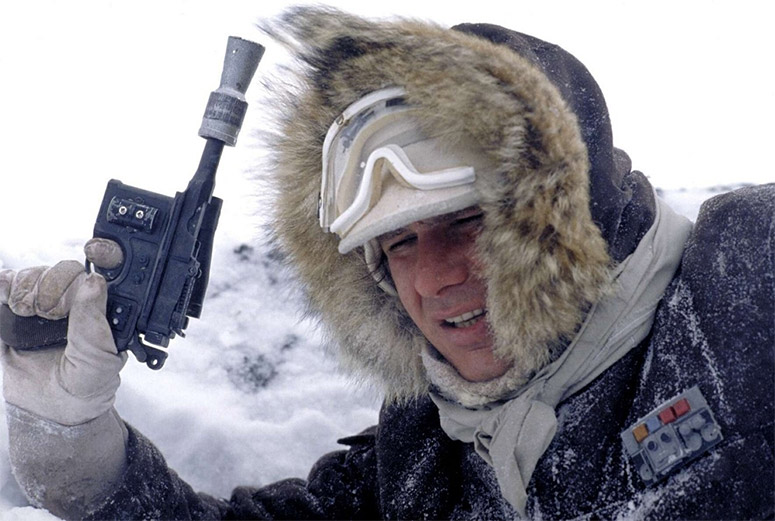 In “Star Wars: Episode V – The Empire Strikes Back,” we had the chance to see Han Solo evolve as a hero and truly put himself at risk. While assisting the rebel alliance on the ice plane Hoth, he discovers Luke has not returned to base. As they are about to end the search for the day and lock the doors due to harsh temperatures, Solo proceeds on Tauntaun to search for his friend. As he’s making his way out into the frozen abyss, C-3PO states his concerns as well as the odds of survival.

With odds of 725 to 1 that puts Han Solo’s probability of survival at less than 1% which is far less than the worst gambling addict in Vegas would chance. While surviving the night is already unlikely, the likelihood of finding Luke is another factor as well. While Han did have an idea of Luke’s last known whereabouts, this was no small feat. Luke was rescued twice during “Empire Strikes Back,” once from Han as he fell calling for help and then from Leia, his force sensitive sister, whom he contacted with the force.

Han Solo beat the odds by not only surviving but finding Luke in a speedy fashion. Was this just luck or Jedi potential?