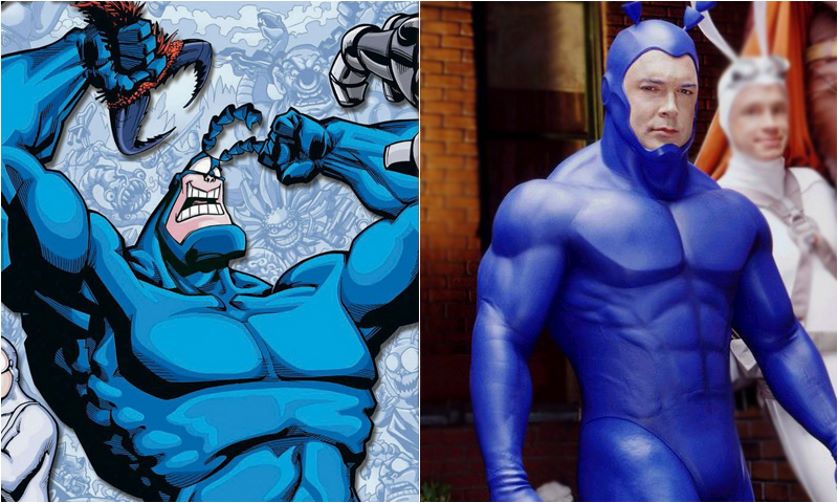 The “Big Blue Justice” aka “The Tick” may be getting a television revival with Amazon Prime!

Rumor has it that Fox and Amazon have finalized a deal to have a new live action superhero series coming to the Amazon Prime lineup. While “The Tick” was not specifically named as the series to be revived, every single sign points to the show being revived. Patrick Warburton, the actor who played the Tick, has signed a deal to reprise a role and Ben Edlund, creator of “The Tick,” is being brought on as a producer and writer.

Superhero parody is now being revived on Amazon… [and Warburton] recently inked a deal with Amazon and Sony to reprise his role, with Edlund producing and writing.

“The Tick” was a show that was ahead of its time long before the superhero craze that we have going today. It was silly and campy which was a barrier to entry for many mainstream viewers but for those that gave the show a chance, they were thoroughly engaged. Like many intriguing shows cancelled due to lack of viewers, “The Tick” fell victim to the same fate. I’m sure that many of today’s viewers, along with loyal fans would be excited if this rumor turned out to be factual.

This may be technically a rumor but I don’t see how this could not be “The Tick” with everything that’s been stated. This role is the most prominent superhero role played by Patrick Warburton so I don’t see the value in him reprising any other role. Then you have the creator as the writer and producer! I don’t know why Fox and Amazon are keeping their lips sealed, all signs point to “The Tick” and if it is not then I will be flabbergasted.