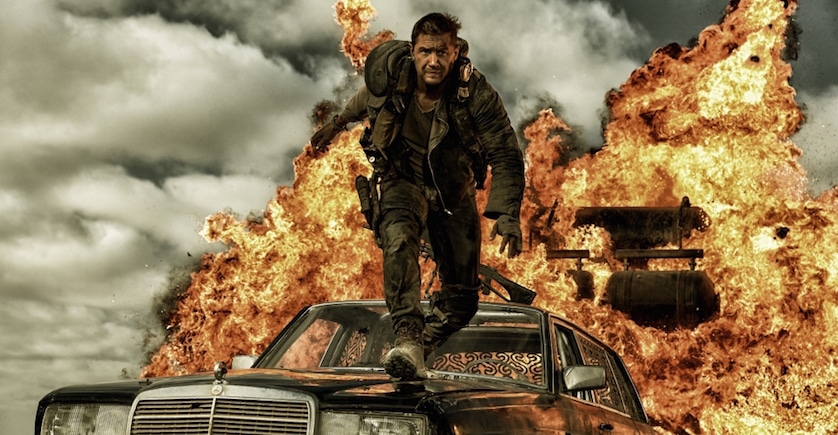 The Oscars have landed and I couldn’t be happier!

I may have seen a lot of movies in theaters this year, but there are still plenty that I haven’t gotten around to, hopefully my local theater will be able to help me out with that. However, there’s one movie that if someone had told me the night I went to go see it with my cousins was going to end being nominated for Best Picture and Best Director, I would have laughed in their face. I think most people would agree “Mad Max: Fury Road” was awesome and one of the best action films of the past couple of years. It had all of the warning signs to be another “Dredd” loved by the fans who saw it, but unfortunately not enough went to see it while it was in theaters where it really counts business-wise. So the critical love the film has already attained is amazing and that was before it cleaned up all the technical awards at this year’s Oscars. There have been A LOT of articles praising all sorts of different aspects about the film and I feel like most have been fairly well covered at this point. But I want to talk about something specific. One of the many reasons for its praise was how it looked. More specifically the fact it wasn’t a CGI-fest which we’re so used to in this day and age. I’m sure it’s common knowledge at this point that a majority of the effects and stunts in the film were practical. Which now that the Oscar wins are out, has gotten to be an old conversation started again. Should we have a Best Stunts category for the Academy Awards?

I say YES. I see no reason not to. “But they don’t contribute to a film being truly great,” some may argue. While I would agree with that sentiment in general, there are a lot of the current award categories that you could also say that about. When was the last time you came out of a film saying, “You know what really saved that movie, the costumes.” But what’s probably the biggest punching bag for film buffs about movies in general right now? CGI, or computer generated effects. There are tons of examples of bad CGI and cases of it being overused when a practical effect would have worked fine. Yet, we still honor them with their own category for Best Special Effects because there is craft there when done right and we all feel those people should be recognized. So if special effects and make-up can get nominated then I would think stunt work deserves just as much of a chance. And given how they constantly risk their lives for films, I certainly think that alone is worthy of some recognition. On the other hand, stunt people have already lost their lives or had their lives forever changed due to accidents. For example, Daniel Radcliffe’s stunt double, David Holmes was paralyzed from the neck down while filming “Harry Potter and the Deathly Hallows: Part I.” However, I would remind you that sadly this is something that happens in this business to all of the different departments, but these stuntmen and women constantly put themselves into that risk more than any other group.

So maybe you might be thinking that we don’t want to send the wrong message by encouraging these sorts of acts. While that may seem like a reasonable argument because they do risk their lives, you wouldn’t want some stunt person taking an unnecessary risk in the hopes of, “if I pull this off I could win an Oscar!” instead of using their better judgment. But following that line of reasoning, how’s that any different than when we reward actors for doing the same? It’s been made fun of many times before of the connection between actors who win Oscars and ones who do some drastic transformation with their body. Actors do all sorts of things like massive weight gain or loss, both having put said actors at great health risks before (Jared Leto in “Chapter 27” or Tom Hanks in “Cast Away”). Plus we have had people like Jackie Chan, who puts himself into unbelievable danger just for a stunt that looked cool, but did all sorts of damage to his body (the pole slide scene in “Police Story”). So while I understand why someone would use that argument, to me it breaks down and we’d have to not nominate all kinds of people from Oscars which of course we aren’t going to do. 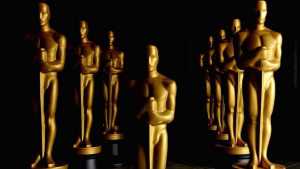 You’ll notice this is all speculation as I can’t even find an official argument against it. I searched on their websites and couldn’t find anything. I actually would love to see a statement from the Oscars explaining why. But remember there was a time when the Oscars refused to even recognize make-up effects. For years many people had the same attitude against it. Every now and then you’d have a case like the original “Planet of the Apes” where the make-up was so revolutionary they felt that they had to honor it in some way and gave it an honorary Oscar. Then, years later we had David Lynch’s “The Elephant Man” which was a film nominated for 8 Oscars but didn’t win one. It was up against a lot of really good movies that year, but still. People felt it just wasn’t right to not be honoring this craft so the Oscars changed their rules. Mind you it wasn’t until the following year it was instituted and “An American Werewolf in London” became the first to win. So sadly it is too late for “Mad Max” to be recognized in this way. But maybe part of its legacy could be the film to help change people’s minds and I can’t think of a better film to be that, I nominate “Mad Max: Fury Road”!

What do you think? Should Stuntmen be nominated for Oscars?