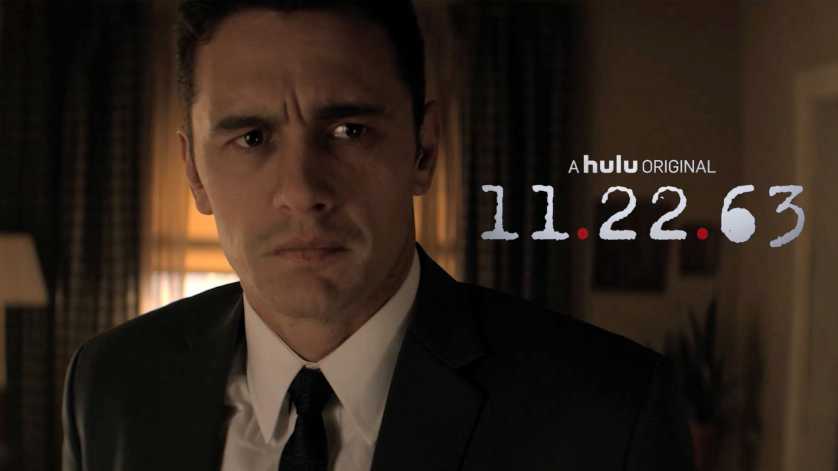 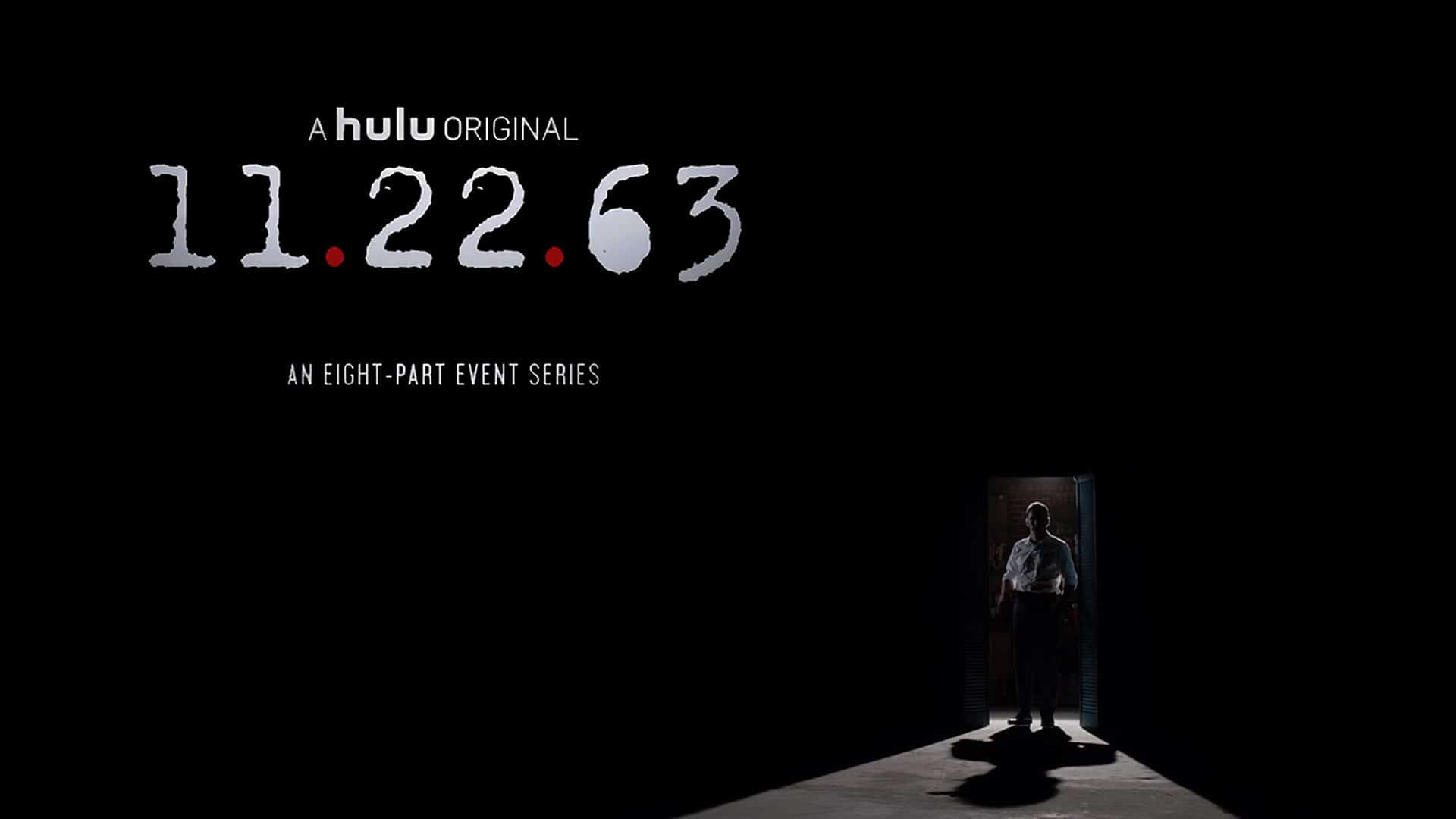 We had another slow episode, but not as disappointing as last week’s. The fourth installment in the eight-part miniseries might’ve been slow, but it kept me interested, mainly because of its dramatic and emotional core.

A lot has moved forward and developed after this week’s adventure in the past, especially the beginnings of a surprising relationship. As a fan of the novel, I may know the ending to this story, but with how the creators have done a brilliant job of adapting the story without following it to a “T,” I can honestly say I don’t know what’s going to happen in episodes five, six, and seven. Even episode eight is a mystery to me, but that’s if they keep going in a certain direction I believe they’re going, more on that later in the month, though.

Storyline/timeline wise, we’re moving along with Lee Harvey Oswald and Jake’s tale at a nice pace. There was a great balance between the main storyline and the supporting ones during this episode, especially when talking about the growth we see between Jake and Sadie.

With wonderful chemistry between the actors, this love story is nearly perfect to that of my original vision after reading the novel. Franco might still be iffy for me (more on that later), but he does have a great monologue in the latter half of the episode that will make some people shed a tear or two. So, the show has built this relationship in excellent fashion, and I definitely believe it’ll keep exceeding my expectations for the rest of the series. 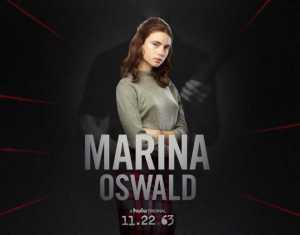 Bill and Marina Oswald’s relationship is going to be VERY interesting.

Yet, there’s another love story brewing in the mix, one that wasn’t in the novel at all, not even hinted at or flirted with. This love story is between Billy (Jake’s excellent sidekick) and Marina Oswald (Lee Harvey Oswald’s wife). With three simple scenes that have barely any dialogue, we’re introduced to a love triangle that actually should’ve been in the novel. I LOVE the fact that this has been incorporated into the show, and I cannot wait to see what they do with it, especially in episode eight… that’s all I’ll say about that right now.

We meet Johnny Clayton in this episode. Johnny is Sadie’s creepy husband, who doesn’t want to get a divorce from her and stalks her and Jake’s developing relationship. The casting team did a great job with this one, choosing T.R. Knight was an excellent move on their part. I can already see his pure villainous nature that’ll riddle the later episodes, just like Josh Duhamel riddled episode two. 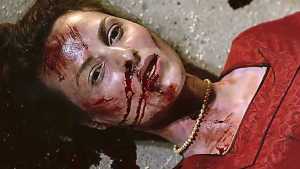 Where is “The Past Pushing Back!?!”

While I’m okay with the show veering away from the book now, mainly because I’ve seen that the creators’ choices are working quite well and not disappointing, I still feel strange about a factor that was evident in the first two episodes but has been vacant in the most recent two. It’s the factor of “the past pushes back.” Sure, Jake and Bill hit obstacles, just like any good story should have, but they don’t feel out of place or supernatural like the strange events in the first two episodes. Perhaps it’s because Jake and Bill haven’t truly done anything in episode three and four to change the past, so the past isn’t pushing back. That could be it, but I still miss it. Most Stephen King novels/stories/movies have that supernatural aspect/theme to it, and while my favorite movie is based off of one of Stephen King’s more natural short stories, “11.22.63” has lost its supernatural aura at this point. With the exception of a strange appearance of the Yellow Card Man at the end of this week’s episode, there still wasn’t enough for me to change my mind.

No worries, though. There’s still plenty of time for the supernatural to slither its way back into the story.

While I was completely entertained with the episode, its slow pace holds me back from calling it an “Excellent” episode. It’s great, sure, but it didn’t give that extra punch for me to turn it up a notch. 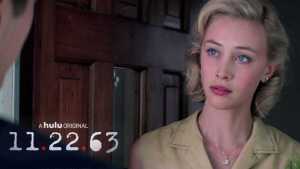 It has been a pleasure to watch James Franco work with Sarah Gadon.

With a great episode, great things come out of it. Watching James Franco work with Sarah Gadon is a pleasure. I said before that Franco still doesn’t fit for me, and I’ve accepted that he probably won’t fit for me for the rest of the series, but I most definitely will watch him act alongside Gadon. Their chemistry and the relationship they’ve built will be a joy to watch in the next four episodes.

I still like the choice of turning Bill into Jake’s sidekick, so it was awesome to see them interact this week, especially during the scene in the Brothel. George MacKay (as Bill) really showed his acting chops this week. A critique about his acting should be in the “Cinematics” section, but I felt like my enjoyment of watching his character grow during this episode was more important. We actually get to see the inner-workings of Bill this week, and it’s all because of his interactions with Marina Oswald. Even when he isn’t interacting with her and he’s either eavesdropping or overhearing Lee beat Marina, the love Bill has for this woman could not be portrayed by any other actor. Honest, George MacKay gets MVP of the episode with his subtle but heartfelt performance. I can’t wait to see more.

Back to James Franco being a “weird” Jake Epping for me, he did have a pretty hilarious moment this week, when Miss Mimi finds out Jake Amberson is actually Jake Epping. He explains that he’s in the F.B.I.’s Witness Protection Program after testifying against the Mafia. When Mimi asks what he witnessed, Jake explains the ending of “The Godfather II,” even incorporating a line from “The Godfather III.” It was a great moment, just like his monologue to Sadie later on, but while the monologue was great, it did upset me a little.

I’m really confused with where the show is going with Jake’s character. I don’t know if it’s just because it’s Franco or because the emotional bits from him come in random sporadic intervals, but I just feel like the mini-series’ Jake Epping is a very dull and lifeless character. Even when he yells at Johnny Clayton at one point during this episode, I didn’t believe him. I’m not connecting with him because it seems like his character isn’t finalized and it’s still trying to figure out what it is. Sure, one can say, “Oh, well Jake went on this adventure to figure out who he is and actually do something useful with his life.” Yes, very true, but there’s nothing supporting that. Even his conversation with his ex-wife in episode one doesn’t work to support any kind of internal journey for Jake, which actually was a big factor in the novel. 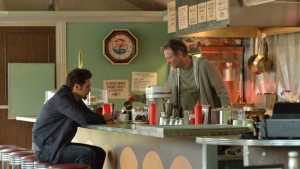 The reason Jake’s monologue kind of upset me: In the book, Jakes’ first words are, “I’ve never been a crying man.” And it’s true. Jake does not cry throughout the entire novel until the very end (for reasons that are not so predictable). It’s a great scene when he finally cries because it has been building up. Everyone says he’s an emotionless human being who has no heart and soul, but the reader knows it’s there and is rooting for Jake to find it at some point during the story. He does, and it’s completely rewarding, but when Jake gives his monologue to Sadie during this episode, he starts to cry. Now, they never mentioned anything about the “I’ve never been a crying man” at any point during the mini-series, so this is kind of an unfair argument on my part, but as a lover of the novel, this upset me. Seeing him cry supports, in my mind, the fact that Jake’s character in the mini-series feels lost and convoluted. Emotionless? No, I won’t go that far because Franco has brought some great emotional scenes as Jake, yet it still feels like something is missing, so I wish they kept the “Crying Man” element from the book in the mini-series.

Oh well, still enjoyed the episode and seeing all of the new developments, yet Jake’s character still seems to bring the entertainment value down a notch every week.

I would watch this episode again just to see the developments of all the relationships, to watch Franco and Gadon’s chemistry, and to admire the boldness of the creators for starting a relationship between Bill and Marina Oswald. I think that’s the most exciting factor that came from this episode.

Another slow week, but this one is more interesting and heartfelt. With some great relationships brewing, especially a surprising one between Bill and Marina Oswald, “11.22.63” is on a good, emotional pace that will keep us entertained until the final, fateful day. It’s great to see how the creators can veer away from the book but still keep things fresh and true, yet Jake Epping’s character is still missing something, which will leave lovers of the novel in a convoluted state, yet non-readers will still totally enjoy Franco as Epping.

Another slow week, but this one is more interesting and heartfelt. With some great relationships brewing, especially a surprising one between Bill and Marina Oswald, “11.22.63” is on a good, emotional pace that will keep us entertained until the final, fateful day. It’s great to see how the creators can veer away from the book but still keep things fresh and true, yet Jake Epping’s character is still missing something, which will leave lovers of the novel in a convoluted state, yet non-readers will still totally enjoy Franco as Epping.