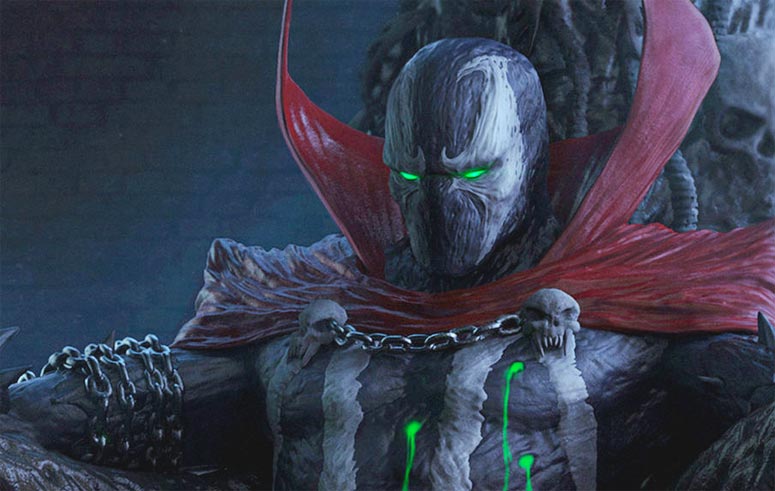 Todd McFarlane will not greenlight “Spawn” without full control.

The “Spawn” reboot has been a project Todd McFarlane has been pushing heavily over the past year. Fans rejoiced when they heard news of his intent. But while his intentions may be genuine, he is unwilling to compromise in regards to having total control.

“So I’m going, I’m not selling it but if you want to see the rough draft, I’ll send it to you. But just so everybody knows, I write, produce, direct, non-negotiable.”

McFarlane’s high demands are what have put the next Spawn film on hold. While it’s uncommon to have a creator direct, write, and produce, this is non-negotiable for the time being. If he is to sign off on the film being made, these are the stipulations.

But he is somewhat logical in his thinking and realizes his needs are unconventional. Because of this his reasoning has relied on budgetary restrictions keeping the film’s budget at $10 million dollars.

“I wouldn’t ask to be a newbie director on a script that was going to have an eighty million budget for it. Why? Because as a CEO of my own corporation, I wouldn’t take that deal. I wouldn’t stick out $80 million and go, ‘they’re going to put a rookie and he’s going to basically be in charge of it.’ So I’ve created this tight little one that I keep saying, I think I can shoot it for ten.”

While some may call Todd McFarlane stubborn for not giving in, I find it admirable. Sure he doesn’t have the experience as a director but everyone has to start somewhere. How many directors have we seen with no real background that have found their way to success? Ultimately Spawn is his creation and he wants to see it done right rather than risking someone adapting the character in a way that does not do him justice. Hopefully we will still get a Spawn film despite these setbacks.

How do you feel about Todd McFarlane’s demands?

This was first reported by Bloody Disgusting

My first reaction: “This is why we can’t have nice things.” But then I remembered that we do have nice things, and Marvel keeps giving them to us, so if McFarlane wants to shoot himself in the foot, that’s pretty much his business.