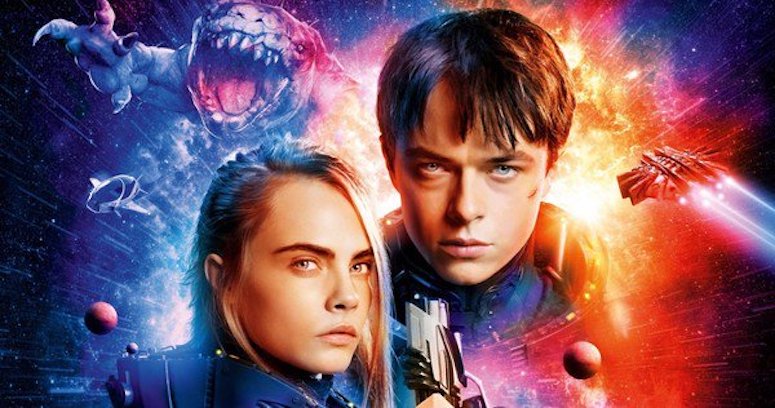 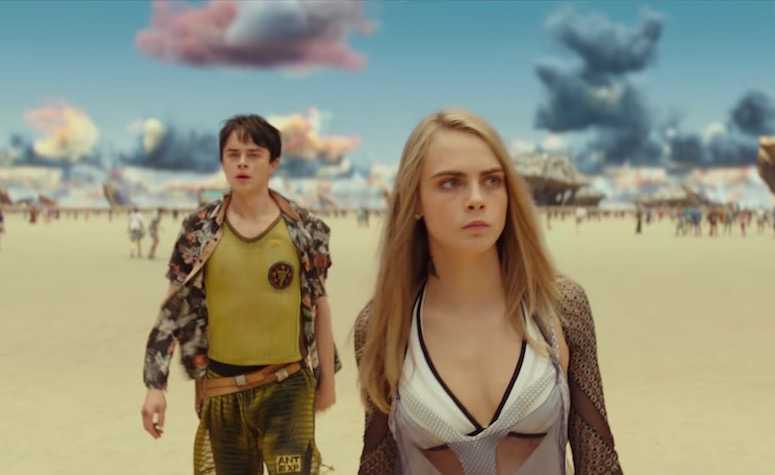 “Valerian And The City Of A Thousand Planets” is the epitome of a millennial action film, entitled to entertain but without having put in the necessary work to earn it.

You know when you’re a kid and you go to the candy store, splurge on all of the colorfully delectable treats only to go home left with a stomach ache? “Valerian And The City Of A Thousand Planets” is just that. While the visual cornucopia is at times appetizing, the lack of a nutritious story ultimately leaves you hungry and pained by the unfocused exuberance. On top of that, the film is far too nuanced to effectively translate to a 3D with dialogue that’s contrived at best.

Generally speaking, a vast majority of writer/director Luc Besson’s (“The Fifth Element”) past projects have had some for of critical and/or fan success. Known for his offbeat and often spacey, techno-sci-fi perspective in films like “Lucy,” Besson has spawned a mass cut following. Besson’s films havealso left behind an iconic legacy and memorable dialogue including the famous Milla Jovovich “Dallas Corban Multi-Pass” bit. So, when it was announced that Besson would be taking on the elephantine space opera comic turned feature film, many early adopters embraced the concept with rabid anticipation.

Fast forward, “Valerian And The City Of A Thousand Planets” is an over-produced, story-less and unfocused cacophony of visuals that would even make Michael Bay shutter. The film opens with promise only to quickly fall into the realm of a special effects heavy blockbuster with little to no soul. Between the painfully contrived dialogue, a mis-placed love story that is forcibly crammed down the audience’s throat and the sub-par acting, “Valerian” lacks the basic criteria to succeed.

Dane Dehaan (“Chronicle”) gives an one-dimensional performance in what is billed as a trans-galactic epic, as Federal Agent Major Valerian, a self-proclaimed galaxy-hopping bad-boy. And yes, he literally says something to that effect at one point in the movie. Something about his performance is unflappably disingenuous. No matter the scenario, it just feels like you’re watching the dress rehearsal at best.

Cara Delevingne on the other hand manages to maintain a base level of watchability as Dane Dehaan’s Ivy League alumna and smarty pants partner Sergeant Laureline. And yes, that is again cheaply delivered in a succinct and lazy block of dialogue.

Clive Owen (“Children Of Men”), usually know for bringing a certain level of enthusiasm, completely phones in a limp and un-nuanced performance. Despite knockout performances by some of the cast, like Sam Spruell’s General Okto-Bar, the overall ensemble’s efforts are starkly uneven an ultimately drowned out by the more appealing visual aspects.

As for story, there isn’t one. There is about six, and Besson seemingly cannot decide which one to hone in on. Ultimately, if tackled on all fronts, “Valerian” would have been better suited for a two to three installment presentation. The briskly paced film never allows the audience to connect with one story line or even begin to identify with the struggles of the main characters. The story never galvanizes and is quickly and sloppily stitched together for audiences in a relatively anti-climactic third act.

The visual presentation is nothing shy of stunning.

Despite all of it’s mechanical errors, “Valerian” manages to wrangle some uniquely watchable moments. The visual presentation is nothing shy of mesmerizing. One can quickly see the concepts in “Valerian” that inspired a generation of science fiction staples such as “Star Wars.” The creatures are diverse and the landscape is colorful and highly-textured.

The film is far too visually detailed for a 3D format (not that I really care for 3D in the first place). The highly-defined and intricate setting is hard to focus on with the rapid camera movements and added 3D layering, making certain elements easy to completely lose track of during the film.

There is some salvation in a burlesque cameo by Rihanna, who plays a shape-shifting alien by the name Bubble. Nevertheless, this hyper-edited product is just too much at once leaving the audience dizzied and exhausted from an hour and a half of unfocused calamity. “Valerian” was to find salvation in simplicity, but alas is lost in a universe of visual excess. 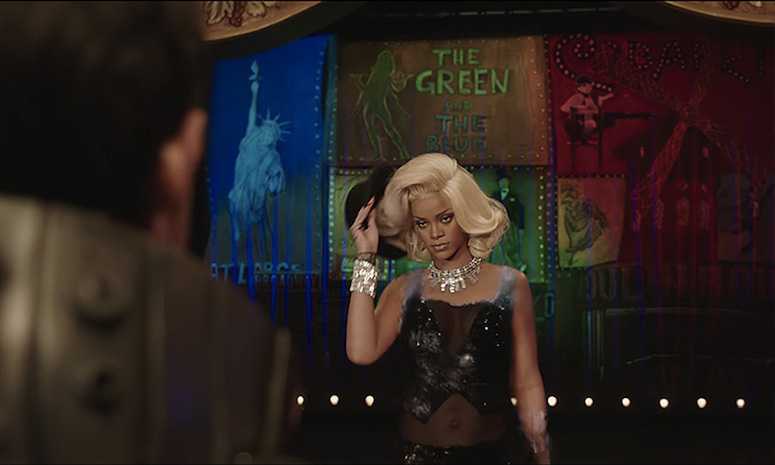 Rihanna as Bubble in “Valerian And The City Of A Thousand Planets” (2017).

“Valerian And The City Of A Thousand Planets” lacks the magnetism to attract audiences toward a second viewing. Unless you are an extreme aficionado of the namesake or a special effects/ visual junkie, this film likely won’t end up on your media shelf.

“Valerian And The City Of A Thousand Planets” lacks the magnetism to attract audiences toward a second viewing. Unless you are an extreme aficionado of the namesake or a special effects/ visual junkie, this film likely won’t end up on your media shelf. Ultimately a visual stunner with a major identity crisis.