“Every time someone tries to win a war before it starts, innocent people die.” – Captain America

It all started when DC announced their ten upcoming superhero films to be released by 2020. Well if it was meant to get Marvel’s attention, it did just that. In the past week we have seen a tremendously exciting amount of information, both leaked and officially released, from the Marvel Studios camp. Well guess what… IT GETS BETER!

This leaked footage does so many things in terms of improvements to the tone and scripting of the Joss Whedon led “Avengers” follow up. First and foremost, you have to give it up to RDJ and Chris Evans for their highly-capable acting chops. They are perhaps two of the more dynamic cast members, the third in my mind being Mark Ruffalo, in terms of portraying a range of emotions. In the leaked footage, we see the budding differences in leadership methodology that will ultimately lead the Avengers team into their most fatal crisis yet. Speaking more on tone, I feel that given his campier roots with “Buffy the Vampire Slayer” and “Dr. Horrible’s Sing-Along Blog,” Joss Whedon has truly evolved into a capable creator bringing to market a more adult oriented project. It is hard for every comic fan to ride the fine line of what’s campy and what’s not when adapting the colorful pages of our most cherished comic books for the big screen.

Even as a diehard DC fan, I have to say that this recent barrage of superhero movie news makes me want to put on my red white and blue and scream “Charging Star!” It is hard to deny the growing fanboy excitement with what proves to be the beginning of the Civil War event and ultimately segueing into the Infinity Wars with Josh Brolin’s cruel-purposed purple space deity, Thanos.

What do you think about the upcoming “Avengers: Age of Ultron?” Let us know in the comments below. 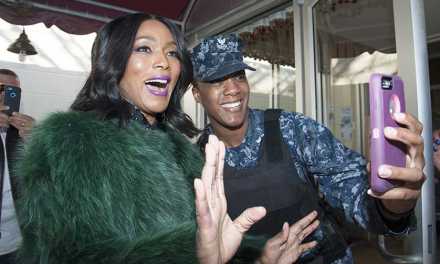