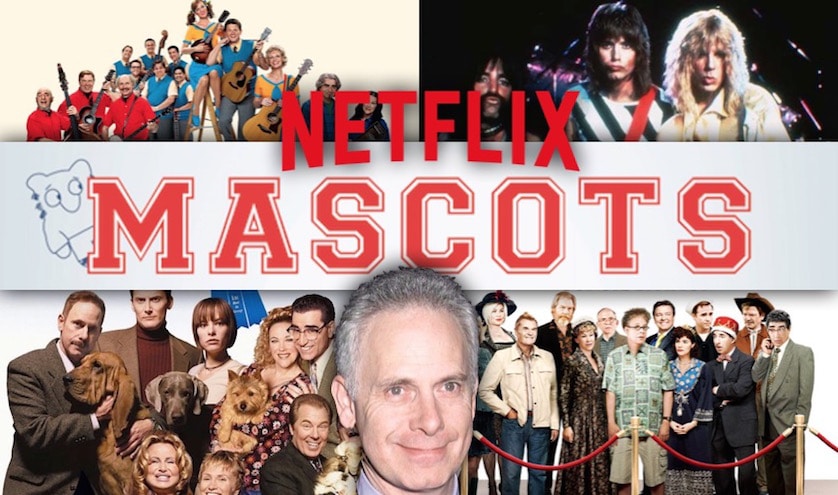 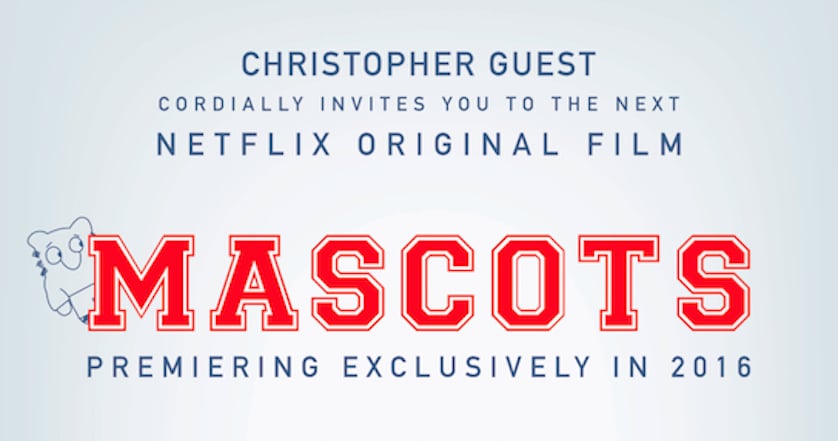 Welcome to all the drama, intrigue and occasional excitement of The 8th World Mascot Association Championships, where a group of “unusual” men and women, with big heads and furry suits, compete to win the prestigious Gold Fluffy award and be crowned best mascot in the world.

According to Variety.com, it all started with a furtive flyer from Christopher Guest inviting fans to Netflix’s next original film “Mascots” set to premiere in 2016. 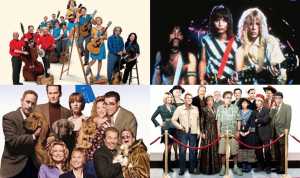 From top to bottom “A Mighty Wind,” “This is Spinal Tap,” “Best in Show” & “For Your Consideration.”

It is no question that Guest is a connoisseur of odd behavior given his past projects (“This Is Spinal Tap,” “For Your Consideration,” “A Mighty Wind,” and “Best in Show”). With the only clue as to the central story emphasizing the “unusual,” I would say we can safely assume this film will not fall to far from it’s predecessors. Given Guest’s penchant for tapping his talent from former films, fans can rise with excitement over the likelihood of Eugene Levy, Jane lynch, Michael McKean, Catherine O’Hara, and/or Parker Posey being potentially involved.

The question becomes, what up and coming comic will Guest pepper in with the seasoned cast members from the past?” One potential candidate could be Chris O’Dowd, the scene stealing cop from “Bridesmaids.” O’Dowd has history with Guest, starring as Tom Chadwick in the comedy TV series “Family Tree” Guest co-created with Jim Piddock (“For Your Consideration”).

While the Netflix Original Series side has been booming over the past few years with hits like “Orange is the New Black,” “House of Cards” and the recently added “Wet Hot American Summer: First Day of Camp,” the original movie side has been scrambling to catch up. “Mascots” joins an A-list of upcoming original films including a four-movie deal with Adam Sandler, Brad Pitt’s “War Machine,” Kevin James’ “The True Memoirs of an International Assassin,” Cary Fukunaga’s “Beasts of No Nation” and Jamie Dornan’s “Jadotville.”

Netflix Original Movie “Mascots” is slated to premiere on your digital viewing device of choice in 2016. 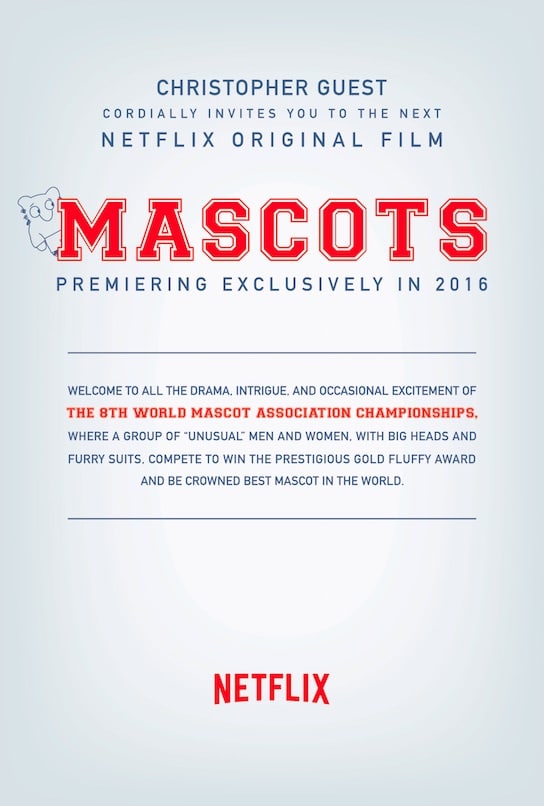 Ava DuVernay Passes on ‘Black Panther’, Who Is Next?