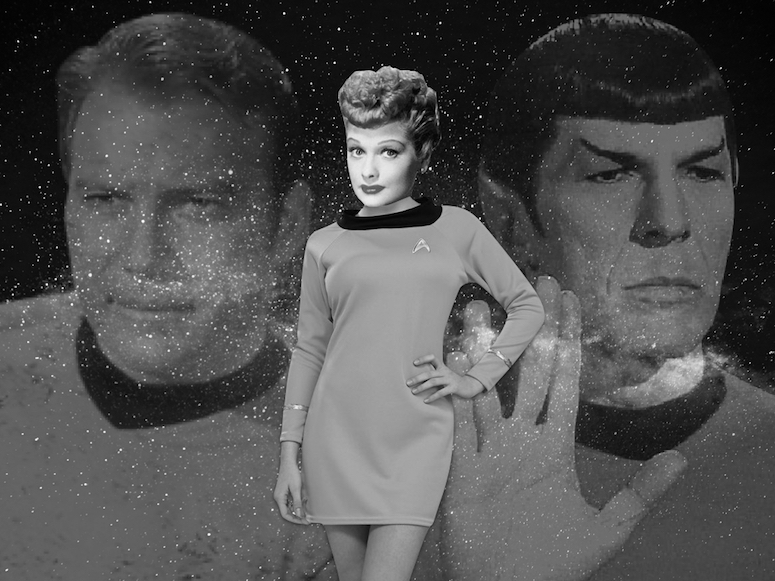 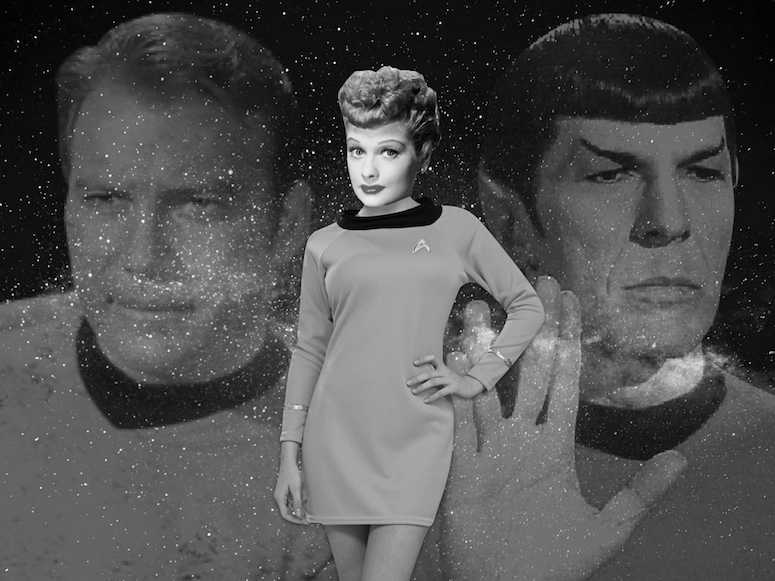 While it may sound illogical to hardcore fans, rumor has it that if the ginger haired queen of comedy Lucille Ball hadn’t boldly ventured where no other man or woman dared to go that “Star Trek” would not exist. And that’s why “I Love Lucy.”

With a host of television series, movies, comic books, action figures and beyond, it is hard to imagine that Gene Roddenberry’s iconic sci-fi staple “Star Trek” almost never happened. Well, did you know that “I Love Lucy” star Lucille Ball may be the one responsible for initially allowing the franchise to “live long and prosper?” Before we talk about how the space-based series made it’s way to the halls of American pop culture let’s take a look at the maiden voyage of the enterprise as it journey through uncharted science fiction territory and into network television.

Championing the television market from 1951-57 with her timeless sitcom “I Love Lucy,” Lucille Ball is still regarded as one of the most iconic sirens of television in the 1950s and 1960s. A boulevard of critical and financial successes allowed America’s red-haired sweetheart, with the aid of her then husband Desi Arnaz, to purchase the famed RKO Studios in Los Angeles in 1957. This acquisition gave way to the couple’s new company, Desilu Productions which became one of Hollywood’s most sizable independence production companies almost overnight. Credited with producing or filming other hit-series such as “The Andy Griffith Show” and “The Dick Van Dyke Show,” Lucy quickly surpassed her success as a lone comedienne with her success as a producer. After separating from Desi Arnaz, Lucy bought her ex-husband’s shares of the company becoming sole owner of Desilu Productions and, at the time, one of the most powerful women in television.

Enter “Star Trek.” As demand increased for original programming, Desilu Productions hired Herbert Solow who brought the studio treatments for “Mission Impossible” and “Star Trek.” When the nascent sci-fi endeavor was declined by Lucy’s longtime preferred network CBS, the project was shopped to a science fiction un-inclined NBC. Despite their unfamiliarity with the spacey concept, NBC ordered a pilot in 1964.

In an excerpt of Marc Cushman’s book “These Are the Voyages,” Sorrow is quoted saying that Lucy overruled her board of directors to ensure the costly maiden episode was produced. With the cosmic concept being completely un-aligned with the network’s typical programming, NBC rejected the pilot.

With Lucy again overriding her board and picking up part of the tab, NBC ordered a second pilot, this time introducing a young William Shatner as Captain James T. Kirk. After two years of trial and error, “Star Trek” finally made the fall 1966 schedule, and the pilot won its time slot despite later suffering in terms of ratings.

According to a conversation between former studio executive Ed Holly and Desilu historian Coyne Steven Sanders,

If it were not for Lucy, there would be no Star Trek today.

While the report of Lucy’s direct involvement has been debated in recent years, there is nonetheless some truth to her being pivotal in the birth of “Star Trek.”

What do YOU think? Do you give the ginger-haired queen of comedy the kudos for taking audiences on journey to boldly go where no man has ever gone before, or are the accounts of her involvement exaggerated? Tell us below!