I’m not sure how much the current generation knows about Zorro.

I mean outside of being the inspiration for Batman, so much so they often make a little homage of it being a Zorro film the Waynes were watching the night they were killed. There were the two Antonio Banderas films from a few years back, but popular culture moves so fast and 2005 feels so long ago. However, for fans of the famous hero it’s now looking like he will be coming back to screens in a reboot directed by Jonás Cuarón son of “Gravity” director Alfonso Cuarón. 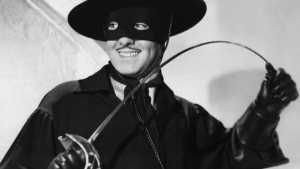 For those unaware, Zorro is one of the most famous fictional heroes who has starred in over 40 films and some would even call him one of the first superheroes. Even if you haven’t seen a Zorro film you have no doubt seen spoofs or the homages (Wesley as the Dread Pirate Roberts in “The Princess Bride” anyone?) all over the place. With that sort of pedigree it’s actually a little surprising that the franchise has been so cold as of late. In 1998 it looked as though director Martin Campbell had pulled another “Goldeneye” and “Casino Royale” and resurrected the series with “The Mask of Zorro.” Unfortunately it also looked like Martin Campbell then “Green Lanterned” his own sequel, “The Legend of Zorro” in 2005. It did so poorly that the franchise has been dead for a little more than a decade. While some may say a reboot is too soon, a decade seems like plenty of time and a new audience may respond better to him with a new director helming the project. 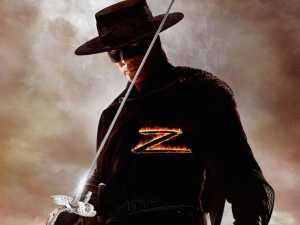 Jonás Cuarón is certainly still young in his career, though has some good press for having co-written his father’s film “Gravity.” Other than that he has only directed two feature films and two short films; one of them being “Aningaaq” which movie fans will recognize as the short that accompanied “Gravity” on its DVD release. Remember that scene where Sandra Bullock tries to contact earth but only gets an incomprehensible foreign man and his dog on the radio? “Aningaaq” is basically that scene from the Inuit fisherman’s point of view. Jonás, like his father, seems to have a good visual eye and sense of drama. It can be assumed that he will bring a unique perspective to the film (this is the first time in awhile that a Hispanic director has made a Zorro film) although details such as casting and release dates seem to be a bit further down the road at this point. Here’s hoping more come out as the production continues.

What do you think? Are you excited to see Zorro return to the silver screen?

This story was first reported by Cinemablend