Joseph Kahn, the director behind “Torque and “Detention,” brings the internet audience the ultimate in “Power Rangers” fan films with a dark twist.

It will be sometime before Mighty Morphin fan boys and girls will lay eyes on the official Lionsgate and Saban Entertainment Ranger reboot project. Since the announcement late last year, fans have been flocking to the internet to find any content that resembles the rangers. At the same time, amateur film makers have been plaguing YouTube with FanFilms out the wazoo, some far better than others. That’s where Joseph Kahn comes in.

“Power/Rangers” is ridiculously dark and supremely violent sorta-sequel to the long-running Mighty Morphin’ franchise and is set in the war-torn aftermath of a war with the Machine Empire. Produced by Adi Shankar (“The Grey,” “Dredd”), who was also behind the Punisher and Venom fan films, respectively starring Thomas Jane and Ryan Kwanten, “Dirty Laundry” and “Truth in Journalism.”

James Van Der Beek plays a traitorous and bionic legged Rocky, who through interrogating a battered Pink Ranger Kimberly, played by Katee Sackhoff, takes us through the vividly gruesome murders of each Power Ranger. The short also stars Russ Bain as Tommy the Green Ranger, Will Yun Lee (“The Wolverine,” “Bionic Woman”) as General Black and Gichi Gamba (“Torque”) as Zack, the Black Ranger.

I am sure that the upcoming Lionsgate/Saban project will be VERY different, but I hope that it captures maybe just a sliver of the darkness touched upon in this fantastic fan film. Kahn gets so much right in so little time. He ties in all the original characters, including Bulk and Skull… staples of the original series. He brings the nostalgia of the original and then goes all Michael Bay on it with explosions and a transformer-like Megazord. Just as the rangers have matured, so has the world and their perspective of it.

What do you think? Did this give you goosebumps and leave you giddy or would you rather stick to the more PG concept? Let us know your thoughts in the comment section below. 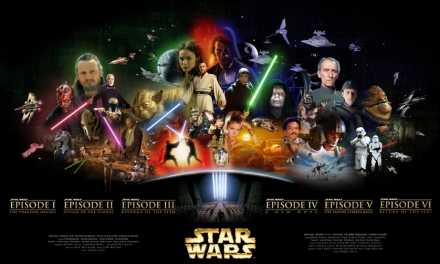