“Johnny, what big ears you have!”
“All the better to hear with, my child.”

Depp (as the Big Bad Wolf) is joined by his “Into the Woods” cast-mates, Meryl Streep (as the Witch), Anna Kendrick and Chris Pine (as Cinderella and her prince) and James Corden and Emily Blunt (as the Baker and the Baker’s Wife), in a special four cover Entertainment Weekly release this past Wednesday.

Based on the Tony Award–winning Broadway musical of the same name written by Lapine and Stephen Sondheim, “Into the Woods” marks Disney’s first adaptation of a Broadway musical to feature length film. 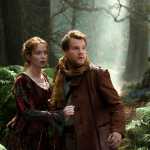 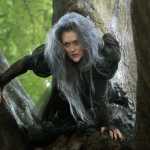 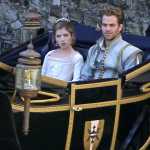 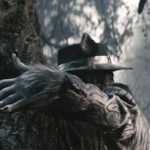 In Disney’s “Into the Woods” A witch played by Streep devises a devious plot to teach the varied fairy tale characters, including Little Red Hood, Cinderella, Jack who hails from the BeanStalk and Rapunzel.

“Into the Woods” is a fantasy comedy designed for the viewing pleasure of the whole family with its harmless PG rating.

Rob Marshall (“Pirates of the Caribbean: On Stranger Tides”) takes on directing and reunites with Depp just in time for viewers to unwrap this unique broadway musical adaptation on December 25.

Check out our gallery of the four Special Edition “Into the Woods” Entertainment Weekly covers below. 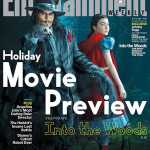 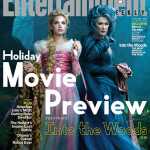 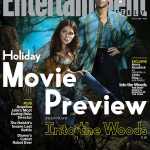 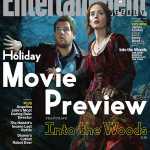