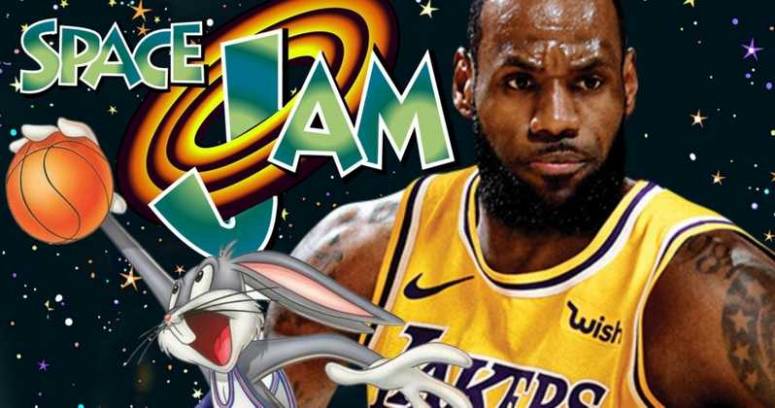 In 1996, Bugs Bunny and Michael Jordan thrilled audiences with a live action/animation hybrid. It was such a huge success that a sequel was planned straight away, but an article by Animated Views reveals how those plans were eventually shelved in 2012.

Luckily for fans, they were picked back up and principal photography began on June 25, 2019. LA Lakers star LeBron James is to play the lead role. The three-time NBA Champion follows in a number of illustrious sport’s stars footsteps by playing himself in a movie.

So, let’s take a look at five other superstars who appeared as themselves in big Hollywood movies.

Mike Tyson is the self-styled ‘baddest man on the planet’, making him perfect for a spell on the silver screen. During his boxing career, he was a fearsome brawler and world champion. A post by Ladbrokes on the biggest upsets in combat sports called Tyson the most feared man on the planet when he fought James Douglas in 1990 due to his aggressive boxing style.

He played on that reputation when he appeared in The Hangover, appearing in a scene where Phil, Stu and Al steal his tiger, only for Tyson to show up in their apartment singing a Phil Collins song.

Tyson has also transitioned to acting in films and featured in IP Man 3 released in 2015.

Dale Earnhardt Jr. was a professional stock car racing driver, team owner and an analyst for NASCAR on NBC. The 45-year-old has 50 NASCAR wins on his record and a further 353 top 10 finishes.

His main cameo appearance came in the Will Ferrell comedy Talladega Nights: The Ballad of Ricky Bobby. He’s seen asking Will Ferrell’s character for his autograph and quips ‘don’t tell the other drivers’.

Dan Marino is best described as a ‘legendary’ quarterback, playing 17 seasons for Miami Dolphins, appearing once in the Super Bowl and taking them to the playoffs 10 times.

He also had a large part in the 1994 movie Ace Ventura: Pet Detective which catapulted Jim Carrey to stardom. Marino made a small cameo appearance in the Adam Sandler film Little Nicky, where he’s seen talking to Satan.

Eric Cantona is one of the most famous soccer players of the nineties, starring for Manchester United as they dominated the English game. He was controversial, enigmatic and once served a nine-match ban for launching a Kung-Fu style kick at a fan against whilst playing against Crystal Palace.

Since retiring he’s taken up roles in film, acting and directing, but played himself in the 2009 Ken Loach film Looking for Eric.

Armstrong’s cameo in Dodgeball is meant to inspire Peter LaFleur as he looks to walk out on his team in the final few scenes. At the time, Armstrong was an inspiration to millions and the role made sense.

The subsequent doping scandal and fall from grace makes it a little less so now, but at the time he was one of the greatest sportsmen on the planet having battled back from cancer to win titles, of which he was subsequently stripped.