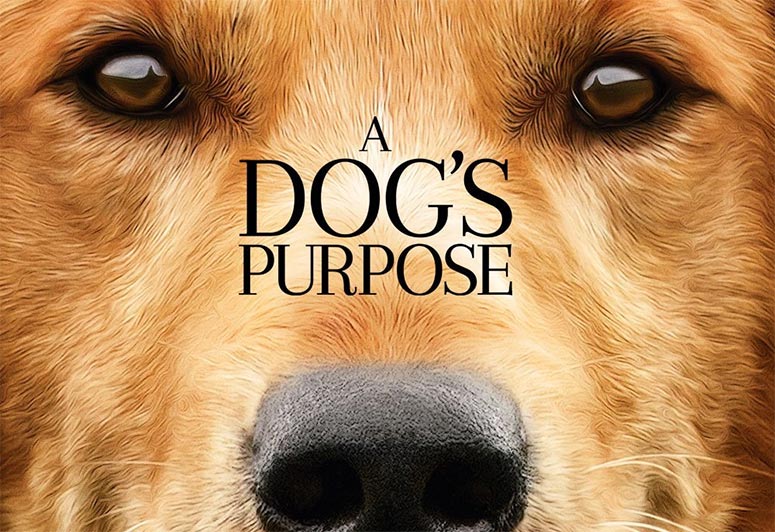 “A Dog’s Purpose” will tug at the emotions of pet owners.

“A Dog’s Purpose” is an existential journey through reincarnation as one dog (Josh Gad) lives many lives to discover the meaning of it all. In a shocking turn of events, the dog’s journey comes full circle as he is reunited with his former and now aged owner Ethan (Dennis Quaid). Taking moments from every one of this dog’s multiple lives, this film highlights the strong bond between a human and their pet.

There’s a systematic queue of moments intended to tug at your heart strings in “A Dog’s Purpose.” If you’re a dog owner, those moments are amplified. The rollercoaster of emotional ups and downs was intense for myself regardless of my awareness of the film’s simplicity. The element of reincarnation is a heartfelt addition to the theme but the fluidity of the plot does suffer because of this. While things come full circle, “A Dog’s Purpose” is comprised of a series of subplots which provide momentary inconsistency in regards to character development. Luckily Josh Gad’s abilities as a voice actor truly shines creating a fulfilling experience.

While Dennis Quaid is the leading face actor, it is Josh Gad that carries the story. Matching the hypothetical vocal diction and related emotions of an animal takes resourceful creativity which Gad has plenty of. He’s grown into quite a versatile actor and this performance is just another testament to his abilities. Dennis Quaid is a continual delight on screen with his rugged yet benevolent persona. The only complaint I would have about his performance is that I wish there was more of his character as the Adult Ethan versus his younger self. K.J. Apa (Teen Ethan) and Britt Robertson (Teen Hannah) provide a bit of a Nicholas Sparks style romance and had more screen time. While the origin had to be established, the adult moments provided a much more genuine experience. 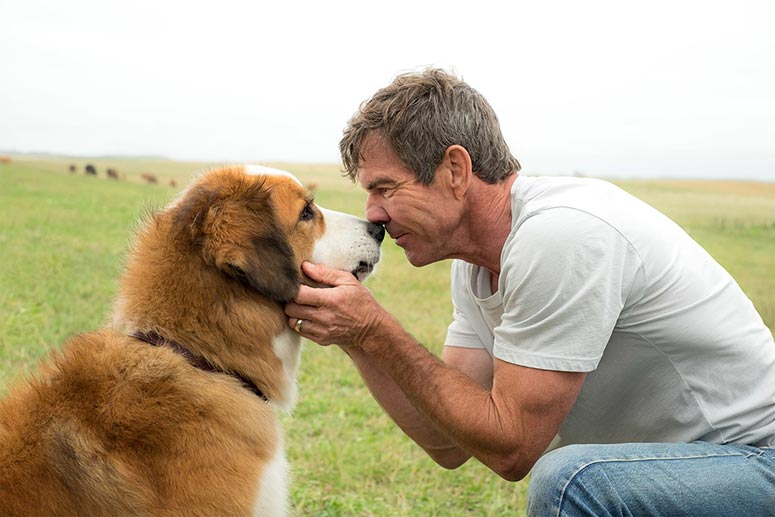 “Dennis Quaid is a continual delight on screen with his rugged yet benevolent persona. “

“A Dog’s Purpose” may not carry the cinematic appeal of Lasse Hallström’s other dog-based film “Hachi: A Dog’s Tale,” but the balanced simplicity does create its own charm. Josh Gad’s voice acting may go underappreciated in the years to come, but his role builds the foundation of the film. The emotional weight is heavy but a surprisingly abrupt ending also dampens the experience. But while I consider a film’s ending to be the cornerstone of its quality, a majority of this film’s structural integrity is sound regardless of the size of the majority margin.

There is a lot of jumping around in this film but this methodology (or lack thereof) surprisingly held my interest. The compilation of short stories driving the overall theme had an odd pacing but satisfied with the continual anticipation of what was next for Bailey. Every one of these stories did have a purpose that better defined the title and theme of “A Dog’s Purpose.”
But while engaging, it’s easy to get lost in all the noise and forget about the main character Ethan by the time things come full circle. For the emotional journey that the audience embarks upon, a more continuous reference to Ethan with more character development would have left a stronger lasting impression by the film’s close.

Just like the book, “A Dog’s Purpose” is built upon a series of moments but flows at a different pace. As stated, the pacing may be a problem for some but the simple yet relentless emotional journey of Bailey should satisfy most.

Personally, I cannot watch films like “Marley & Me” more than once due to the emotional impact. For others who enjoy a bit of emotional battery, then “A Dog’s Life” should satisfy in that same way, just not on the same level.

"A Dog's Purpose" has an intended niche focus of dog lovers pushing its underlying theme of pet and owner bonds. The plot can feel a bit disjointed at times but the overall theme of the film maintains a steady progression.