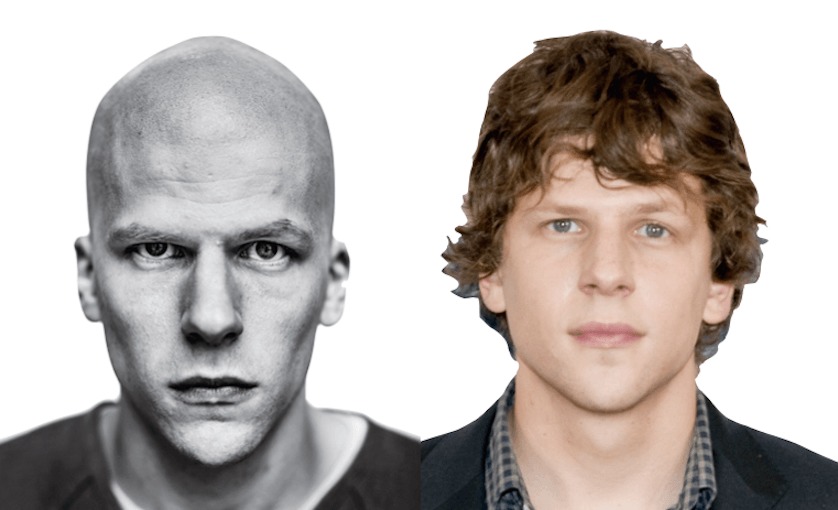 Thanks to Entertainment Weekly, DC fans now have their first look at Lex Luthor as the once curly-headed and boyish Jesse Eisenberg reinvents the iconic hairless criminal mastermind for Zack Snyder’s “Batman v Superman: Dawn of Justice”

He’s not any of the Lexes that you’ve seen, that’s for sure. – Zack Snyder

Aside from the being the criminal minded titan of industry with his signature depilated dome-piece, Luthor will be unlike any Lex before him… or so claims Snyder. I will be the first to admit that the moment I heard the news of Eisenberg being cast, I was wrought with panic as to what would become of the nefarious dark counterpart to beacon of light that is DC’s beloved Superman. How is the on-screen Mark Zuckerberg going to play an adequate foil to the most powerful hero to grace the big-screen?

Although Bryan Singer’s “Superman Returns” is generally regarded, by comic savvy and non-comic savvy super-hero film fans alike, to be the pinnacle of what not to do with Superman, Singer did get one thing right. Kevin Spacey was a spot-on Lex Luthor. With Snyder’s reinvented “Man of Steel” audiences see Superman existing in a more realistic world, and a darker world at that. How is the often curly headed and pensively grinning Eisenberg going to pull off the Superman rivaling stature of Luthor? At first I thought that the studio was going to scrap the Luthor formula and pick up a new, young, and tech-savvy start-up mogul type persona, hence picking up the “Social Network” lead. Now with the recent EW photo, I can breathe a sigh of relief that Snyder is keeping with the tradition of Luthor, at-least physically speaking.

Looks aside, what starkly different personality traits will Eisenberg infuse into king of all bad guys? Will we see a more sadistic and serious Luthor to rival the more ready to kill (cough… Snapping Zodd’s neck) Superman? Judging by the picture alone, there is a tortured soul behind those conniving eyes, but much is yet to be revealed as to just ‘who’ Luthor will be. “Batman v Superman: Dawn of Justice” is set to hit theaters March 25, 2016.

What do you think about the first glimpse of Eisenberg as Lex Luthor? Let us know in the comments section below! 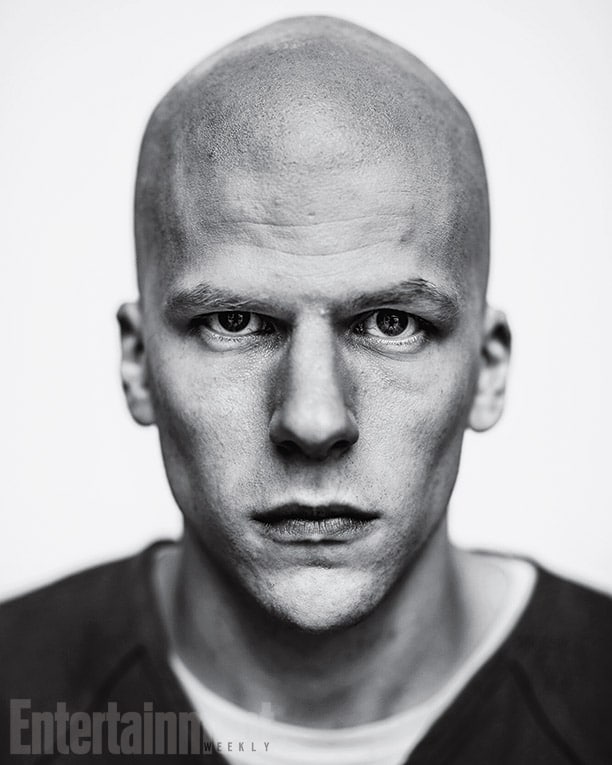