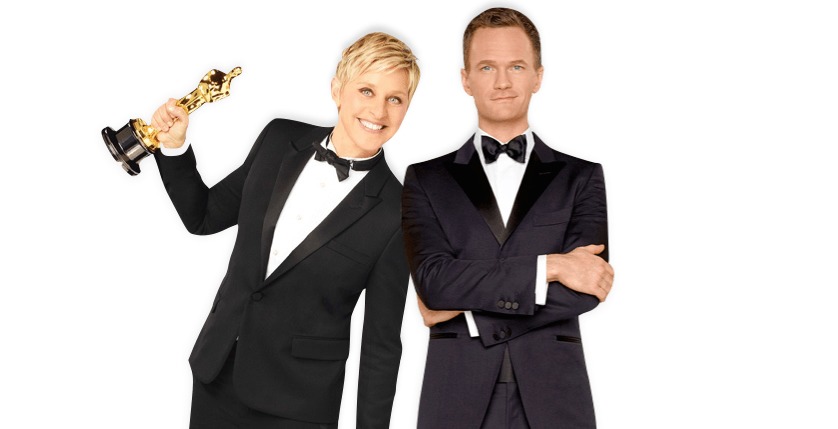 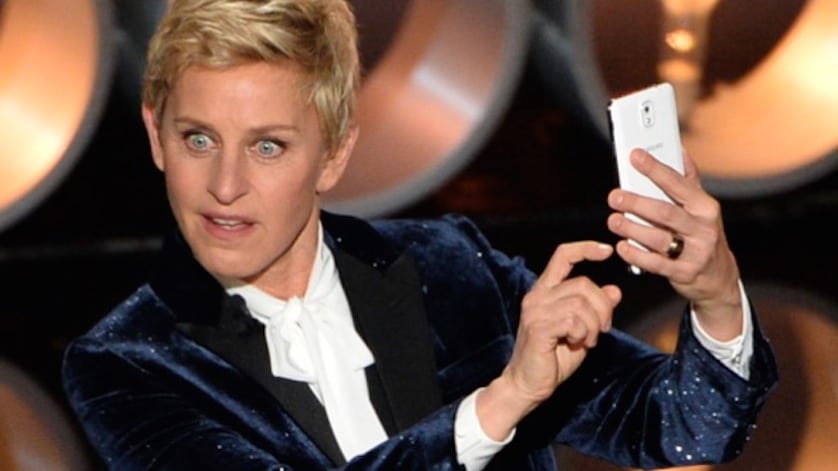 ELLEN’S GOT THE JOKES THAT AMERICA LOVES

That’s right. Ellen’s tremendous talk-show experience and stand-up comedy background has afforded her the tools for the hosting trade. Although Harris was no James Franco, his Jokes were about as funny as James Franco… I probably should clarify that I don’t think the elder Franco is that funny.

Harris’ corn-ball one-liners and overly produced event took the human contact element away from the whole night. Where Ellen made the accolade heavy Meryl Streep as relatable as the girl next door, Harris turned his stage time into a mini off-broadway show. 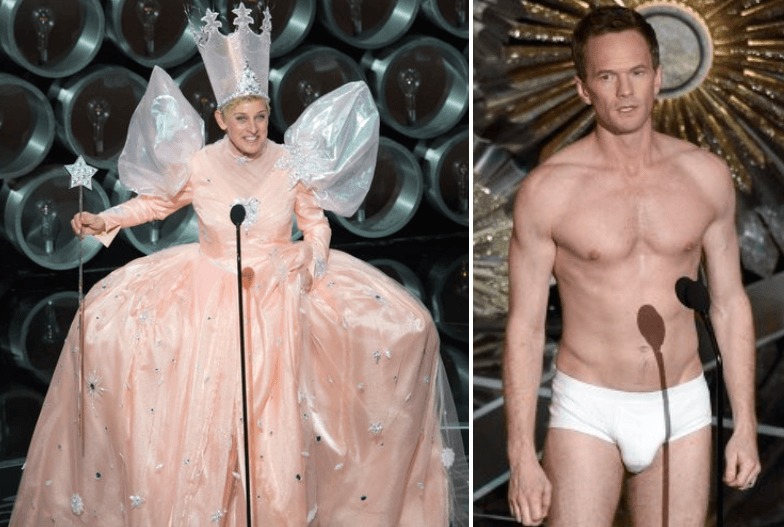 So much for Harris’ magical night. Ellen enchanted audiences as the Good Witch, Glinda. Harris put together a bird-brained production that peaked with a half-assed “Birdman” satire.

I think David Spade said it best in this Oscar night tweet.

FADFACT: Neil Patrick Harris was required to wear two pairs of briefs sewn together for his “Birman” skit once the production team realized that the single pair of briefs became see-thru under the intense stage lights.

What do YOU think? Let us know who YOUR favorite Academy Award host is and why in the comment section below. 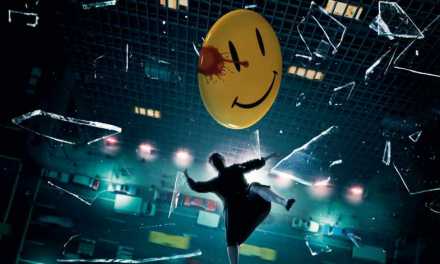