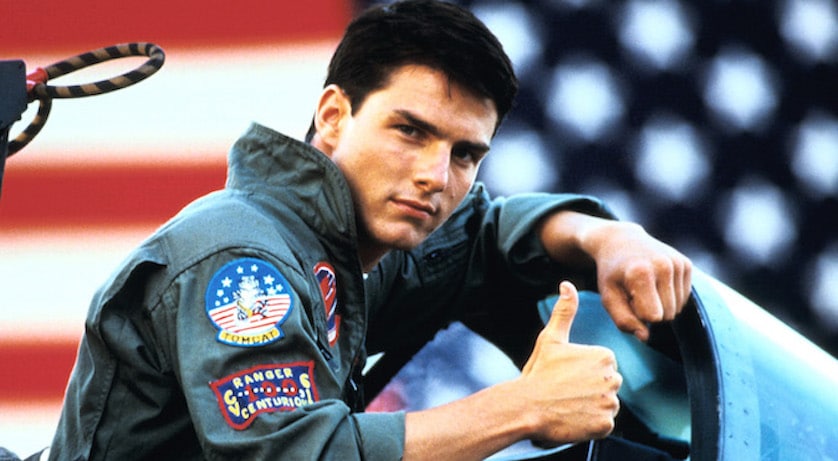 After five years of development and decades of internet speculation, the 1986 Tom Cruise led dog fighting epic is heading back to theaters in a big way.

There is an amazing role for Maverick in the movie and there is no Top Gun without Maverick, and it is going to be Maverick playing Maverick. – David Ellison (Skydance CEO)

According to a report from Collider, Skydance CEO David Ellison spilled the beans on the jet filled follow-up flick during a group interview at the press day for “Terminator Genisys” in Berlin. Almost 30 years after the original film hit theaters, “Top Gun” fans will have their sequel as Tom Cruise climbs back into the cockpit as the cocky and headstrong Maverick. The question is will fans get what they crave or is Skydance CEO David Ellison’s modern drone riddled vision taking the project through dangerous skies?

It’s 30 years later and Maverick (and Tom Cruise) is 30 Years older. What does that mean for the young dumb and full of… well you know… pilot? Will an older and more veteran Maverick, who perhaps has retired his wings and taken on a mentor/teacher role, necessarily make for a better film? According to Ellison, it will be an unexpected path for audiences.

It is I don’t think what people are going to expect, and we are very, very hopeful that we get to make the movie very soon. – David Ellison

What happens when you pit drone warfare against the classical dog fight? Times are a changing and so is the cinematic consciousness. According to the report, Ellison intends to bring the modern feel of drone warfare into the “top Gun” world, putting the aging Maverick at the junction of a fleeting manned flight world for a remotely controlled drone laden era. This raises the potential for interesting commentary on the invasion of privacy and the morality of drone warfare.

It’s really exploring the end of an era of dogfighting and fighter pilots and what that culture is today. – David Ellison

3D and IMAX formats? Ellison minced no words as he emphatically embraces the idea of a 3D or IMAX shot “Top Gun 2.” Again, the question remains, what happens to the nostalgia factor of the 1986 classic when we insert drones, a modern theme, and an abundance of CGI and 3D imaging? Will Tom Cruises noted penchant for involved practical stunts win out over the studios desires to have an effects riddled blockbuster?

Absolutely, I think this is a movie that should be in 3-D and in IMAX, and again something that you can shoot practically.  – David Ellison

The “Top Gun 2” screenplay is currently being written by Justin Marks (“Street Fighter: The Legend of Chun-Li”) . The studio has not mentioned any expected production and release dates as of yet, but I would expect more details to be revealed after “Terminator Genisys” opens on July 1st.

What do you think about the “Top Gun” sequel and the direction it’s headed? We wanna know, so tell us about it in the comment section below!

Review: ‘Power Rangers’ Is Flawed, But Fun To Watch