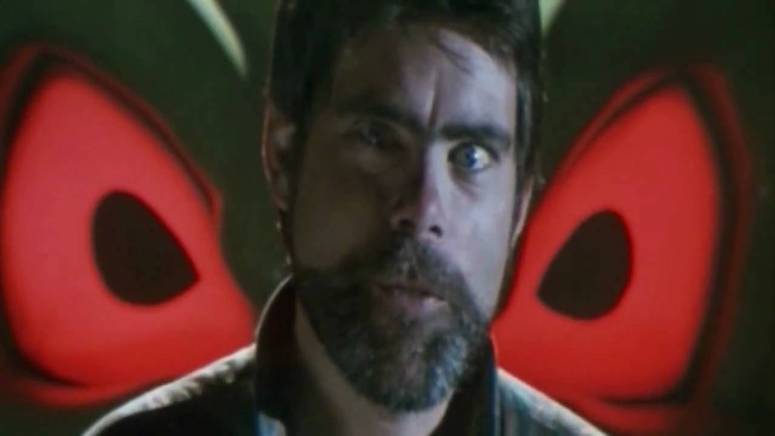 When Stephen King is done well it is amazing. When it is done poorly they can be some of the worst films.

Sadly those terrible films greatly outnumber the good ones. So much so that I could not hope to see them all so if you notice a truly terrible Stephen King film not on here I believe you. There’s just a good chance I just haven’t seen it yet. Remember there are other years and almost certainly enough material for more lists on this subject.

The actual quality of the film may not justify it being here, but it is a film I’d be remiss if I didn’t at least briefly mention it. So this is based on one of Stephen King’s short stories from his book “Graveyard Shift.” It’s about a man watching a lawnmower man mow his lawn and slowly starts seeing weird things before finding out that the lawnmower man is actually a deranged killer. It’s an odd story. The film is about a scientist who experiments on a local mentally handicapped lawnmower man granting him at first normal intelligence. Then, it turns into super genius and then being able to manipulate reality and the internet. So if you’ve watch TV and movies you’ve probably recognize the basic concept from a dozen different places. It was done to death before the film even came out.

More importantly what does this have to do with the Stephen King story? There is one line from the short story and… that’s about it. It’s one of those cases where the filmmakers had another script that couldn’t get made. So they slapped “based on the story by Stephen King” as a marketing tool because that’s the only way someone would probably be interested. Like I said it’s not horrible, but very standard and full of early 90s cheese so I can see why some like it. Except for the CGI used to show the world of the internet. That truly is terribly done. This was so blatant that Stephen King himself who with the exception of Kubrick’s “The Shining” is normally very forgiving of his adaptations actually sued New Line Cinemas to have his name removed. He easily won. So I’d say that it isn’t even technically an adaptation. Even then when it’s so bad that the author tries to sue to get his name removed does count as a bad adaptation? With those details I’ll leave as just an honorable mention. 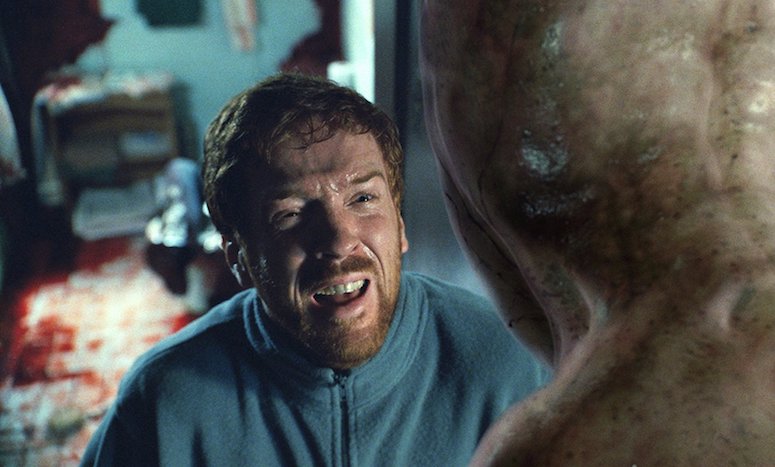 One of the all-time great examples in the history of films that start off really good and then devolves into crap. In this film’s case… literally. So here’s the setup, years ago a ground of best friends helped a kid with down syndrome who was being bullied. It turns out the kid named Duddits actually has special powers that he somehow transferred to these kids that saved him. Their kind of like shining powers, but I don’t know if it’s specifically named that in the book or not. Years later they’re all adults and they have an annual tradition of going to a cabin in the woods during the winter to hang out and reminisce. They find a man who seems lost and disoriented and being nice guys they take him back to their cabin. Quickly realizing that he’s sick with something, 2 of them leave and 2 stay to watch. Looking outside and see just a parade of birds, deers, etc running away from something. A military helicopter flies by to inform them that the area has been quarantined. We soon realize that there’s something inside of the man they found. He’s died while on the toilet and whatever was inside him is now inside the bowl and it takes two grown man to keep the seat cover down. The thing in the toilet is like some sort of eel with teeth and reveal is great with it first being out of focus because the character has his glasses off. Then, he puts them on so he and we the audience can see. It was a little gratuitous and bit too soon to reveal the monster, but it was a well-done suspenseful sequence.

At this point I was fully into the film. I had to know what was going on. Well I can pinpoint the exact moment this film died for me from the image I chose to represent this film. The surviving friend in the cabin turns around and is face-to-face with a very un-scary looking alien. It possesses him calling itself Mr. Gray which is interesting for Stephen King fans because Bob Gray is one of Pennywise’s names. In fact, in the book It makes the claim that Bob gray is It’s true name. That may not seem important, but this story does take place in the town of Derry. I’ve heard in the book the characters even come across some graffiti that reads “Pennywise Lives!” Anyway it turns out Morgan Freeman is an army general who knows about the aliens, but is also evil because he’s planning to kill hundreds of civilians to keep these aliens quarantined. They get Duddits to help and it all comes to a head with the alien’s plan to contaminate the water supply with more of the toilet monsters. Then, the drugs really kick in when it’s revealed that I guess Duddits is also an alien pretending to be a magical human with down syndrome? It becomes a big CGI fight scene at the end. The way it’s shot I’m still not even sure if he is supposed to be the same alien species.

This is up there with “Sphere” in terms of how fascinated I was with the first half and how badly the film went off the rails in the second half. But you know what’s really weird about all of this? It’s directed and co-writer by Lawrence Kasdan who you may know as the writer of some other little known films like “Star Wars Episode V: The Empire Strikes Back” and “Raiders of the Lost Ark.” And I said co-writer, who was the other writer of this film? William Goldman the same writer of “Misery.” He also is the author of “The Princess Bride” and one of the most famous script doctors in Hollywood. There’s even a persistent rumor that it was actually him who really wrote “Good Will Hunting.” Point being he’s a great writer who even had successfully adapted King before. It just goes to show that even good artists are capable of major flops. I don’t know what happened, but I would venture a guess that it’s probably their great influence that at least allowed the first half to be good. 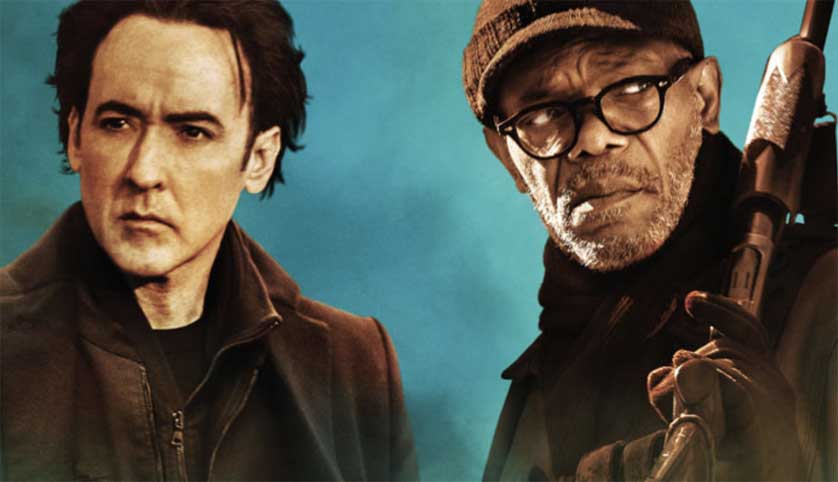 The book “Cell” will always hold a special place in my heart as it was the first book by Stephen King that I read all the way through. It came at a time where King himself hadn’t been doing very well in his writing and many long time fans view this as a return to form or at least the book where the quality began to return to the older days. Now as I haven’t read most of his books I can’t comment on that other than to say I really enjoyed this book. I wouldn’t call it great, but I thought it was a solid zombie story. So I was eager to see the film version and waited… and waited… AND you get the idea. The film was stuck in development Hell for a long time. Too long as I think the book was commenting on stuff very much of its time. Remember the book came out right at the beginning of everyone getting cell phones. When I was a kid only really important types had them, but in high school even I was getting one. So the thrill of this new technology was a big part of it. Also, remember this was at the beginning of the zombie craze. Before “Walking Dead” and the tidal wave of zombie flicks from the early 2000s til now.

They clearly didn’t have enough of a budget to realize it. It’s a good size book and I knew something was wrong when they began the big attack in an airport as opposed to the middle of Boston. Any fan of the book can tell you that was one of the most memorable openings ever. While it is well cast (at least for the main roles) no one really shines in this. They like most of the film itself are just bland and boring. It looks like it’d be an impressive fan film, but it is a real film with real actors yet feels unbelievably cheap. I can remember my first thought upon hearing this was getting made was “they better not screw up Alice” and guess what? They made her into a pointless character that goes nowhere. They also changed the ending of the book. Now I really liked the ending, but apparently I was in the minority so King took the opportunity to rewrite the ending for the film. Boy is this new ending awful, I hope the fans are happy with their complaining. All I can say is at least Eli Roth didn’t direct it like what was originally planned, but then again I can’t imagine this is much better than what he would have done.