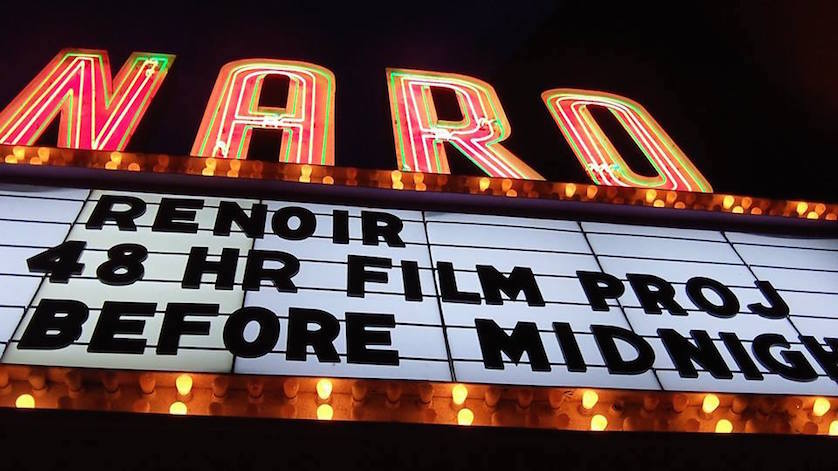 *Let me start off by saying this article, myself and FilmFad.com are not in anyway affiliated with the Naro theatre in Norfolk, VA. I am doing this purely as a fan. 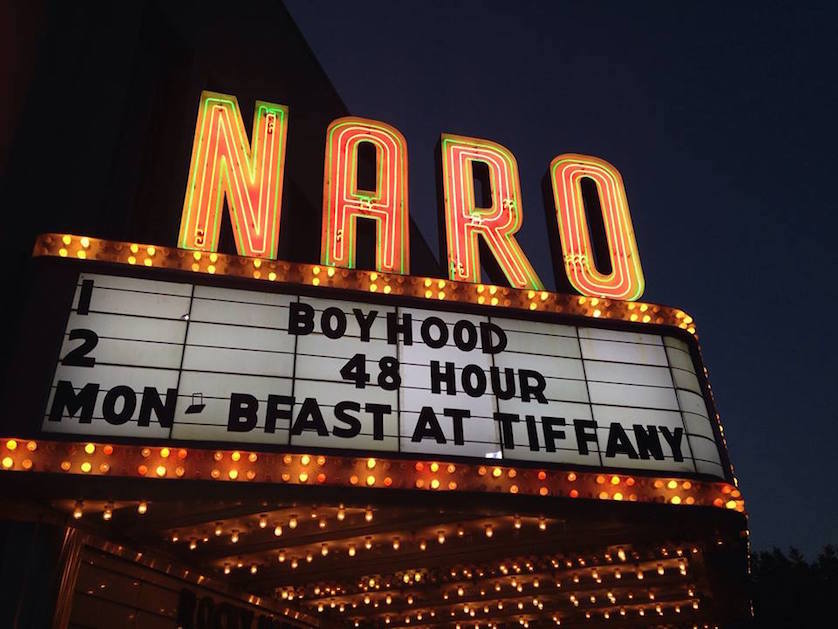 There is just something about going to see a movie in a theatre in my opinion.

Yes, I have a pretty nice set-up at my house with a nice big screen TV and very comfy couch and I watch something there almost every night, but that’s only because it is simply not feasible for me financially to see every film in the theatre which I would do if I could. So what is the Naro? Well it’s an old-fashioned one screen theatre that still has that classic art deco style from years passed. If you’ve only ever seen movies in modern theaters then I would definitely recommend going to an old style one as there is just something about the feel of these places you don’t get anywhere else. The Naro theatre first opened in 1936 as the Colley theater. In the 60s the new owner renamed it after his parents Nathan and Rose. It has stayed open for the entire 80 years of its life and seems to not be slowing down in the slightest. They recently raised money from the community to afford a digital projector which allows even more movies to be seen. There is even a video store next door called the Naro Expanded Video which rents out movies. Again, for those nostalgic to the older ways and love the idea of walking through shelves and shelves of DVD’s and Blu-rays it is a must and the selection of films is out of this world. 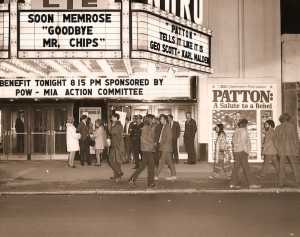 I’m lucky to have grown up in a part of the world where there are a fair amount of theaters in my immediate area. However there was one I heard about for years before actually seeing, the Naro. My dad told me about it many times growing up and when I started attending college at ODU I began going to see movies there. It wasn’t always easy given my lack of a car at the time, but with the help of the bus (or sometimes just walking) I made sure I did whenever I was able to. So far, I have not seen a movie there that I didn’t like on some level. I know that has nothing to do with the theater and probably more to my being good at guessing what movies look like they’ll be good to me, but it’s still an impressive run so far. One thing I personally really love about the experience is the area around the theatre, Ghent. It’s full of great restaurants and it’s quite easy to make a whole night out of seeing a movie. It’s given so much to me that when I was in one of my film classes and we had a project of creating PSA’s I made mine about preserving the Naro theater. It currently isn’t considered a historic landmark, but I feel it will be sooner rather than later.

Now in addition to allowing people to see the more obscure, smaller or foreign movies that the bigger chains would pass by it also holds a number of interesting events. I’ll start with one of its most famous events, the “Rocky Horror Picture Show” nights. It’s actually quite famous for it though I have known some friends who feel there are better ones out there, but that’s up for each person to decide. I filmed it during that project I mentioned earlier and it was a memorable experience with fans and nerds of all sorts coming out to have fun. But let’s say that is little too uncouth for you and you’re more for intelligent discussions with fellow movie lovers. Well at certain times of the year they have what is called the FirstLook Film Forum which is held on certain Sunday mornings. You get there and they have bagels, coffee, donuts, etc. to enjoy before starting a film that in some cases isn’t out in the regular market yet. They have on the website what movie will show though personally I prefer going with no idea what I’m about to see and honestly many of the ones shown are movies I probably would have NEVER seen otherwise. Afterwards, they pass around a microphone to let the audience members discuss their opinions of the film they just saw and as you can imagine that can lead to interesting debates about it. Obviously for those terrified of public speaking, this may not be the most appealing aspect. They also provide papers and pencils for you to use as well. You can buy tickets for the entire season or if you don’t have that kind of money simply pay each ticket for the ones you see. I am NOT a morning person, I hate them with a passion, but this is great as it gives me something to look forward to on early Sundays. 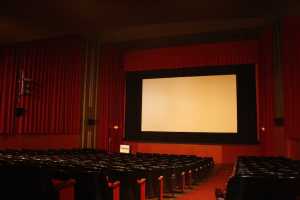 Of course there are other things such as screenings of older or classic movies. When Sir Christopher Lee passed away (I’m personally still saddened by the thought) the Naro held a double screening of “Curse of Frankenstein” and “The Horror of Dracula” (held by the group Fantasmo Cult Cinema Explosion) to honor him. This was great not only to honor one of the best actors ever, but also to bring together fans from the area who were also touched by his work. You could feel the love in the room. They also have even had screenings with the filmmakers present for a Q&A session afterwards. In fact, I even have to thank them for this job as it was at one of these events that I first heard about FilmFad.com. However, I think their greatest commitment to the local community of movie lovers and filmmakers is the 48 hr Film Project screenings. For those who don’t know, the 48 hr Film Project is a contest to make a short film in… 48 hrs. This includes two nights to screen all of the participating teams’ films and then another night to give out awards. The winner of the Best Film award gets to go on and compete against the winners from other states in a festival (this is held at another location). Now I’ve competed in the previous 3 year’s competitions so I may be a bit biased here, but I truly do think this is a great thing the Naro does for the community. It’s just as much fun to simply watch as it is to participate.

Now from all that you may be thinking, “sounds great but I’m nowhere near that area? How does this help me?” Well this is a big part of why I wanted to write this article and not to take away from the unique experience, but the Naro is not the only theatre like this. Chances are you probably live somewhere like this. You may have to do some serious driving, but if you’re someone who agrees with me that this sounds fun, then it’s probably worth it. So I suggest you check out the theaters in your area. I can’t guarantee that they’ll all have film contests, independent premieres or activities like this, but chances are there may be at least one of these. Even if there isn’t here’s a thought, why don’t you try to start one? Lots of these smaller theaters are owned by a single person (or small group) and if you talk with them they would probably be open to something different that could also foster a film lover community. Start your own film forum with your friends and see where it goes. The sky is the limit. The Naro is one of my favorite places on earth and until I move out of the area I plan to continue visiting. Thanks for everything you’ve given me.

What do you think? What independent theaters do you live near/love and why? Share your stories in the comments. 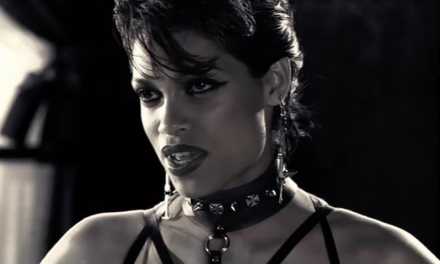 Love the Naro. I don’t go often enough. My favorite memory of the place was going with my buddy to see a foreign film there the night he introduced me to his new girlfriend. The film was “Oldboy”. I apologized profusely to her afterwards.

oh my god that’s one of the best first meeting stories ever lmao.

I think I may have had a similar experience recently. I invited a friend to go see Swiss Army Man at the Naro. Oh boy is it an odd film.