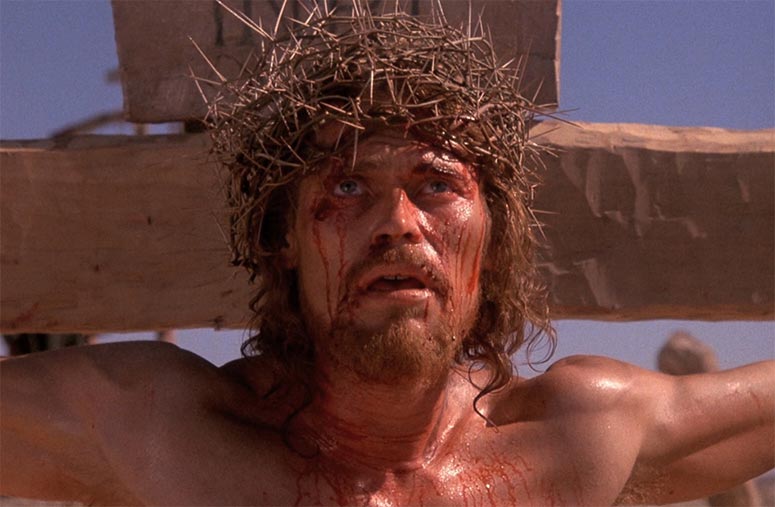 It’s Easter, the holiest day of the year. Some may be like isn’t that Christmas?

But no, for Christians we take the resurrection part very seriously. For this Easter I thought we could take a look back at one of the most controversial films of all-time. Martin Scorsese’s “The Last Temptation of Christ”, not surprising as it is a film about Jesus and in this day-and-age that seems to go hand in hand. It’s based on an equally controversial book and has divided viewers for years. It begins as basically a retelling of the story of Jesus just with a greater emphasis on his inner conflict and trying to show him as a human first, the son of God second.

For a Martin Scorsese film, it’s oddly not the strongest visually. There’s something cheap looking about it. I am aware this was a long gestating project for the director and changed studios and budgets levels a few times. That could have led to some of it. However, I feel like a good deal of it could come from the lighting. Some may read that and tilt their heads, but hear me out. For the most part throughout the film it’s very flat and as a result, there are not a lot of shadows or shading. That may not seem important but I have a feeling with more dynamic lighting, the sets and costumes would have looked a great deal better. As far as directorial flourishes and camera movements it’s all very simple. Perhaps he wanted to emulate the look of older Jesus films, but for a master like him we tend to expect better. 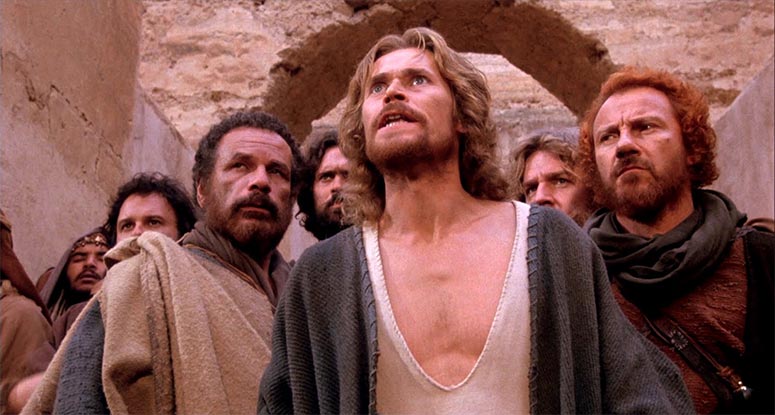 The acting can best be described as bizarre and out of the box thinking, but it all strangely works. So who is our son of God? The ultimate symbol of good described as having bronze skin and hair like wool? Willem Dafoe, yes the Green Goblin is our lord and savior. Definitely more of the blonde hair blue-eyed Jesus of older paintings. I’d say just from his extremely European facial features he doesn’t match up with most descriptions. Although there is a better quote to use, fun fact when spaghetti western director Sergio Leone heard of the casting, it is reported that he called up Martin Scorsese to tell him “That man has the face of a child molester, not of our lord and savior!” I can’t top that reaction with any future casting decision. However, I can’t deny that Dafoe doesn’t capture the role effortlessly… that is to say the film’s version of Jesus. Other odd but effective casting includes the late David Bowie as Pontius Pilate. Creating in just one short scene a very evil yet intelligent foil for Jesus. Also we have Harvey Keitel as Judas who doesn’t even attempt to hide his New York accent, this works and yet doesn’t. On the one hand Keitel plays the role of Jesus’ friend and loyalist member (I’ll get to that) very well, but the anachronistic accent took me out of the film. It reminds me of Sean Connery playing an Arab in “The Wind and the Lion.” It can work on the same level as those bad dubs on Martial Arts films. But if you can look past that you’ll find an extremely good and subtle performance from one of our best actors.

This film may be controversial, but I really do think it’s the best version of the story of Christ onscreen. However, to get into why I think this film works so well I’ll have to get into that controversial ending. It may go without saying, but SPOILERS ahead. Now the film begins with Jesus feeling the call to be the messiah, but because he does not follow it he feels constant pain. Through a chance encounter and defending Mary Magdalene from being stoned by a mob, he begins his teachings and the film follows the typical story for the most part. It even does the part of the Jesus spending 30 days in the desert while being tempted by the Devil (here represented by a voice coming from a flame) which I personally find interesting as it’s a story not often covered in film adaptations. Anyways after Judas sells out Jesus to the Romans (under Jesus’ orders) and Jesus is in his usual position on the cross being crucified. He sees an Angel (a young girl) who tells him that he is not the Messiah, but God is proud of his work and thus will grant him the ability to leave the crucifixion. 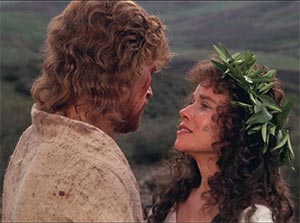 Some may be ready to start yelling, but let me finish. The angel allows Jesus to leave the crucifixion and marry Mary Magdalene, all that he’s ever wanted to do. Many years later on his death bed his old apostles (including a still living Judas) find him to say goodbye. Judas being truly his most devoted disciple chews him out for abandoning his work as the Messiah and allows the elderly Jesus to finally see the Angel as what she really is… the Devil. Even though he’s dying he crawls outside as Jerusalem burns and prays to God that he is sorry. He wants pay the price, he wants to die on the cross and save humanity, he wants to be the Messiah. He then appears back on the cross having overcome the last temptation and before he dies he yells out happily, “It is accomplished!”

Now bible purists have had huge problems with that and continue to. First of all this is still a film first and obviously not the same as scripture. Secondly, what I think makes this work is that if you take out all of the baggage of being tied to a religion, the story of Jesus and what he is willing to give up for the rest of us makes it so inspiring. Let’s be real for many religion can be anything from a boring activity forced on them to something hey still struggle with to fully grapple. While film is at its heart an escapist medium it is also a powerful way to engage with those struggles and questions in our lives. That is one of the things film and art can really do at its best. That is what I think the takeaway from this film should be, the way it makes that story of Jesus and the sacrifice so much more relatable than most homilies and preaching than I’ve sat through. I think that is Scorsese’s best gift with this film, what I assume is what he wanted to share with with this story.

I’ll have to be honest here, I actually haven’t seen “The Last Temptation of Christ” since I watched it for the first time a few years ago. Now the reason is because I want to own the DVD but haven’t been able to find a copy, but I’m still on the look out for it and it’s a surprisingly difficult one to find.

Master director Martin Scorsese creates another classic in his impressive filmography. While it may not be for everyone, it is a beautifully affecting film. It makes Jesus feel human and that in turn makes this telling of the story so much more powerful. From the cast of diverse actors and Peter Gabriel's unique soundtrack, everyone comes together to give it their all. I give the film 4.5 stars out of 5, though be warned if you're a stickler for the Bible then this may not be the film for you. 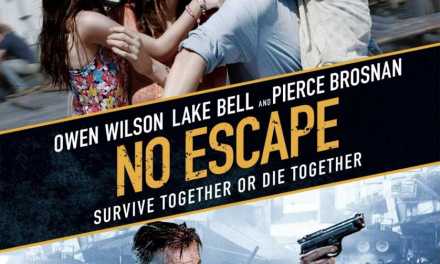 Blu-ray Review: ‘No Escape’ is an Action Packed Thrill Ride