“Snitch” shows a different side of Dwayne Johnson.

As John Matthews (Dwayne Johnson) exhausts his efforts to free his son from prison, he finally makes a deal with the DEA to go undercover as an act of compromise. While undercover, John risks his life and the lives of those around him all in the pursuit of justice.

The plot lacks any sort of pragmatic element but is an interesting concept. The idea that a father could make a deal with the district attorney to expose drug trade leaders in exchange for dropping charges against his son is far fetched to say the least. But while this idea is taken with a grain of salt, the premise is thought provoking adding to the film’s message at the end.

The message highlights the exorbitant punishment placed upon minor drug related crimes in comparison to much more severe crimes. John Matthews’ (Dwayne Johnson) motive to exonerate his son is driven by this theme. It brings heart to Dwayne Johnson’s performance while sacrificing his usual stoic presence for sincerity. It was a bit of an adjustment not seeing “The Rock” as an unstoppable powerhouse, but also proved that Dwayne Johnson is more than just his stature. He opens up a bit more as an actor and while the performance isn’t a breakthrough, Dwayne Johnson proves that he can convey a wider gamut of emotions than you would think. 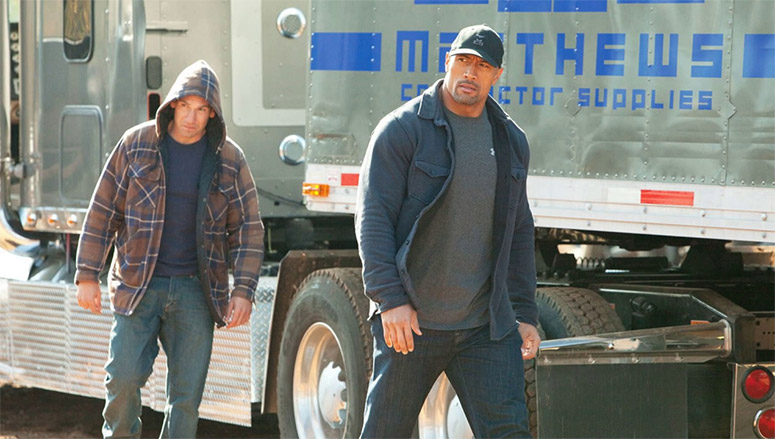 Overall “Snitch” is built upon a contrived plot with an intriguing theme. There are some strong action sequences that play to visual appeal, but much of this film is what you would expect from your average action movie.

As with many action films, “Snitch” is built upon entertainment first and foremost. Suspense is built through a relatable father/son relationship and a parent’s motive to do what’s best for his child. With the suspense being reliant upon the drama, the action sequences literally explode with relief.

There are moments of abrupt gunfire or intense car chases and sometimes neither occurs despite the expectations dictated by the scene. For those that prefer a more intense action flick, “Snitch” does not follow that pattern in comparison to other Dwayne Johnson films. It’s a film with multiple levels that are dependent upon one another. The legal side may lack depth due to the transition into the action, but there is definitely entertainment to be had.

“Snitch” definitely has value in the rewatchability department but I would relegate it mostly to background noise for its subsequent viewings. It’s a solid action film and I applaud its theme, but it may not be one of those films that I frequently revisit.

"Snitch" isn't your typical, mindless action film. There is an underlying theme that weighs heavily on real world social issues but some may find it distracting. The film shows a different side of Dwayne Johnson which was interesting but left me wanting more. Overall the film was a fun experience but not an outstanding one.