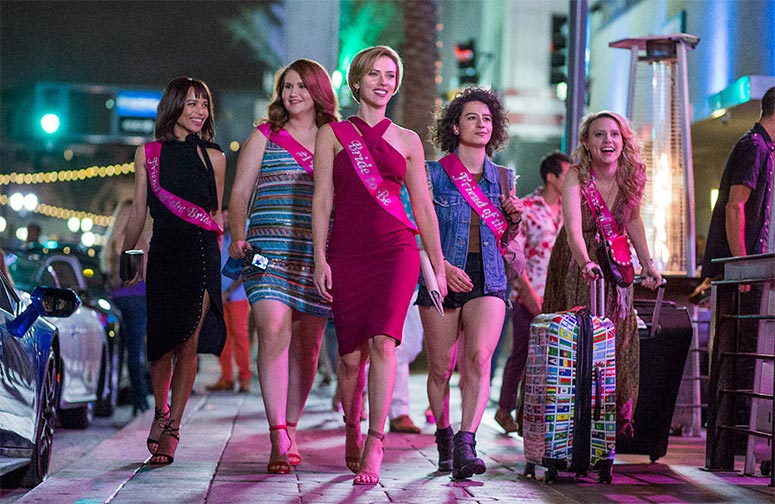 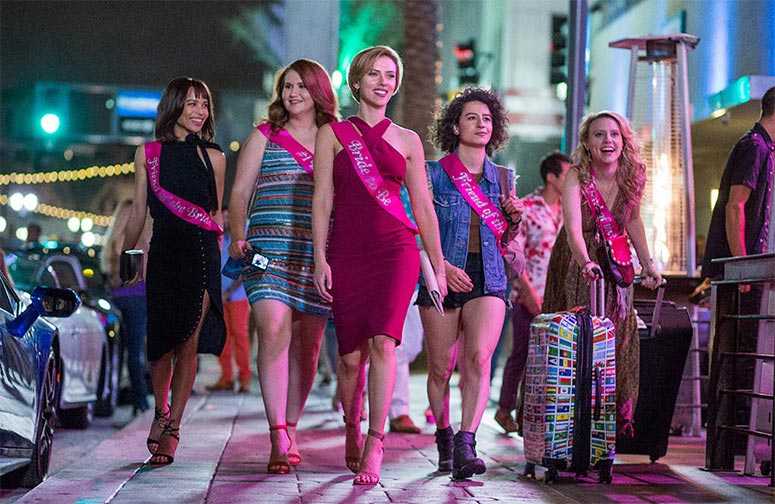 This uncensored, vulgar trailer for “Rough Night” brings bachelorette parties to the extreme!

“Rough Night” brings Scarlett Johansson into the comedy genre with an all star comedy cast. Alongside “Saturday Night Live’s” Kate McKinnon, the cast includes Jillian Bell (“Workaholics”), Ilana Glazer (“Broad City”), and Zoë Kravitz (“Fantastic Beasts and Where to Find Them”). From the producers of “21 Jump Street” and the writers of Comedy Central’s “Broad City,” this raunchy comedy should bring shock and awe laughs to general audiences. Check out the “not safe for work” trailer below.

There are multiple themes being infused into “Rough Nights.” The bachelor/bachelorette party theme has been used many times before and the dead stripper reminds me of the dark comedy “Very Bad Things” that came out years ago. I even caught a hint of “Weekend at Bernie’s” with the element of avoiding reporting the death to have a fun weekend.

While we’ve seen Scarlett Johansson in some lighthearted films before, this may be the most outlandish comedy role she’s played. She’s not opposed to the comedy genre as she has even done voice work for “Robot Chicken,” but it will be interesting to see her out of her usual big screen element. With the already mentioned other cast members, Johansson should have all of the support she needs to prove herself in this genre as well.

What are your thoughts on the “Rough Night” trailer? Tell us in the comments below! 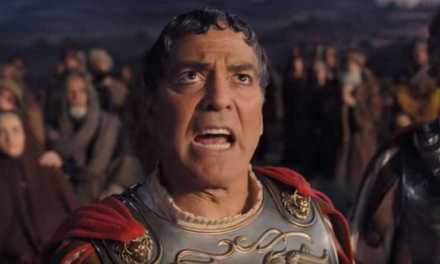