Our Netflix Marvel pal Daredevil and friends may be in the fourth Avengers film!

I was expecting big things for the Netflix produced Marvel properties. Daredevil in particular was one of the most engaging Netflix exclusives that I’ve seen and presented at theatrical quality despite being a “TV” show. Now according to Bleeding Cool, it seems that Daredevil and other Marvel properties from Netflix will be transcending into the Marvel Cinematic Universe appearing in Avengers: Infinity War Part II.

Talking of which, because #ItsAllConnected, I understand that the Netflix Defenders characters will appear in the Avengers movies – Daredevil, Luke Cage, Jessica Jones and Iron Fist.

But not until the second Avengers Infinity War movie. Scheduled for May 2019.

This may not be “officially” confirmed but isn’t it pretty obvious? Marvel reacquired the rights to Daredevil due to a horrible response received from the Ben Affleck “Daredevil” film. Despite the film slightly tarnishing the character’s name, Marvel wasn’t just going to let the character remain stagnant. Netflix was the smart move and is the perfect testing ground to reestablish these characters, and with “Daredevil” already receiving phenomenal reviews, I’d say Matt Murdock has passed the Marvel test with flying colors.

Think of Netflix as a sort of limbo for these characters as the Marvel Gods pass judgement upon them. Once the Avengers become a bit “disassembled,” they’re going to need some marquee players to reestablish the team through the transition. Characters like Daredevil, Luke Cage, and Iron Fist are all necessary to keep the Marvel Cinematic Universe moving forward. 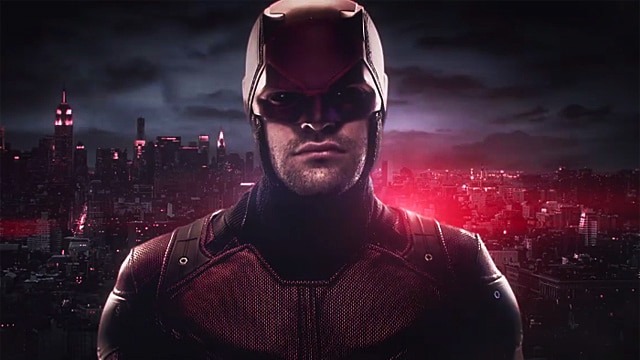 Daredevil is TOO GOOD to chain to just Netflix!

If this is the case (and I’m sure it is), then Marvel is expanding their universe even further and DC should take note. Having a hit TV series like The Flash and Arrow, DC would be smart to interconnect the two worlds but they haven’t shown the initiative to do so. Marvel on the other hand has already established a semi-connection between the film and TV world with Agents of SHIELD. With that show containing so many “minor” characters, I can’t foresee a future without them including the big names appearing and to be appearing on Netflix. My guess is to expect to see these Netflix characters on the big screen in the next 5 years and for everyone to try and contain your excitement.

What do you think? Will we see these Netflix characters make the jump to film?