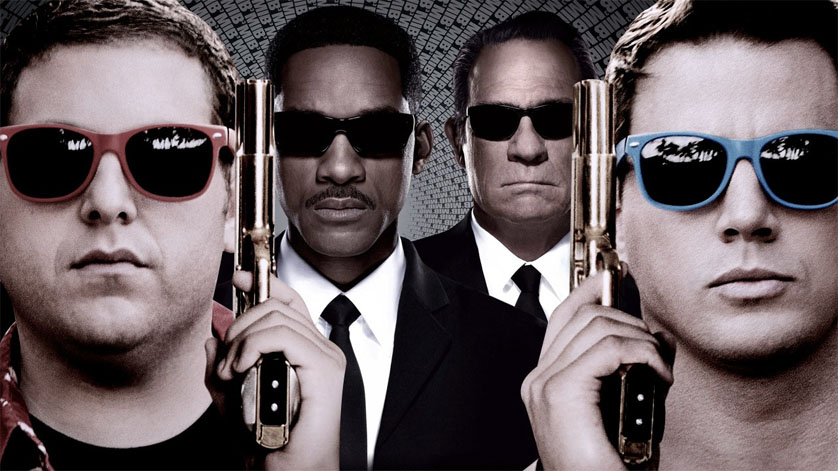 So ScreenRant has an article up about a potential merging of two hilarious franchises…“Men in Black” and “Jump Streets (21-22)”. Say whaaaaa… this is kind of mind-blowingly fun.

What may come as a surprise, though, is Sony’s plan to fuse the Jump Street series with another one of their big screen brands: Men in Black. (Feel free to pause and re-read that if necessary.) The news comes courtesy of both the hacker leaks that have strewn Sony’s best-kept secrets across the breadth of the Internet, as well as reporting by The Wall Street Journal.

I was wondering if they could squeeze another sequel out of either franchise. With a merge like this the possibilities are endless, or at least plentiful. First of all Will Smith and Tommy Lee Jones have probably extracted all of the dramatic nectar from the franchise that they can. There is not much more their characters could explore in terms of depth or humor. Like most sequels one more installments would start or continue to feel forced. 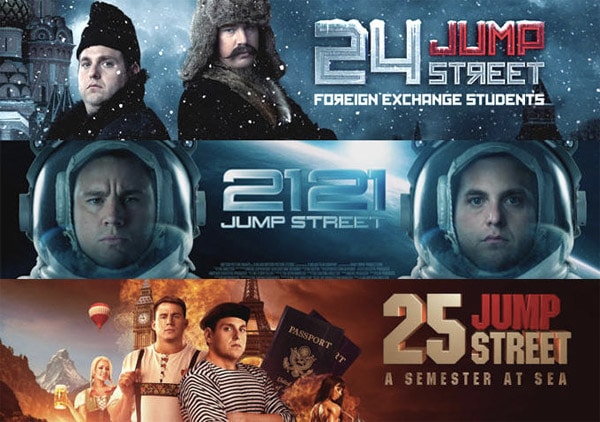 What’s next for “Jump Street?”

Now imagine for a second taking the buddy cop aspect of “Jump Street” and the new perspective of adding that to the “Men in Black” universe and things start to look a lot more fresh. With the hilarious duo of Tatum and Hill I would be definitely be interested in checking it out. Those two sharing screen time is sure for a laugh and to interject with an entire new world to explore, well that would just be the tits, I mean… really fun. With the director of “Jump Street” slated to produce, I think it could all culminate into a universally good time at the theater. Of course this may all be rendered moot if the leak kills the idea before it gets off the ground but a guy can imagine right?

So what do you think? Good idea, bad idea?