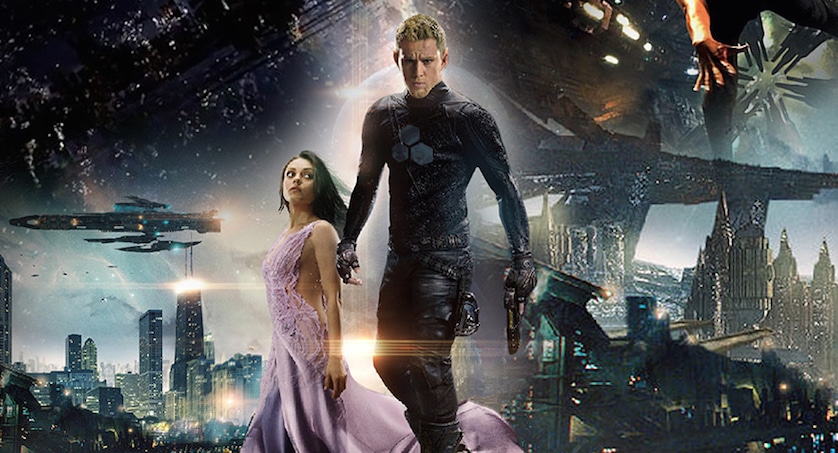 “Jupiter Ascending” is a $175 Million cinematic cornucopia full of sound and fury, but signifying nothing.

From the makers of the groundbreaking “Matrix” trilogy, the philosophical thriller “V for Vendetta” and the visual stunner “Speed Racer” comes something that has the savior complex of the “Matrix,” the exaggerated expositions of “V for Vendetta,” and a barrage of visual effects akin to “Speed Racer.” The problem is the movie seems like a poorly recycled amalgamation of all the Wachowski blockbusters without any sense of endearment and cohesiveness. After two hours of explosions and intergalactic chase scenes befitting a video game more so than a feature film, the audience is left bedazzled yet confused and un-invested in the comparatively lackluster story.

So while watching “Star Wars,” I mean “Star Trek,” I mean “Stargate,” I mean “Men in Black…” wait, what was I watching? Needless to say “Jupiter Ascending” is a hodgepodge of every science fiction blockbuster before it, cherry picking the most vibrant elements and stitching together a cinematic quilt. The problem becomes cohesiveness and context, something this film desperately needs.

We start off with an origin story unlike any other… wait… it was exactly like any other. Seemingly plucked from the pages of a early 1900’s diaspora novel, we find ourselves in Russia with Jupiter’s mother, Aleksa (Maria Doyle Kennedy), carrying a nearly fully cooked Jupiter, when her father (James D’Arcy) is ambiguously murdered by what appears to be the police force from “Minority Report” (okay, maybe the latter half of that wasn’t that contrived).

Ready to go into labor and morning the loss of her husband, Jupiter’s mom does the most logical thing and joins a gaggle of stereotypical middle aged Russian women aboard a cargo ship bound for America (that still happened in the 1980’s, right?). Jupiter is born at sea under a blanket of stars, one in particular which her Aunt (I think) claims means she is destined for greatness… cue the cliche “You are the Savior of the world” theme.

Next thing we know we are rising before the sun at 4:45am in modern day Chicago with Jupiter and Family to engage in the most prestigious of careers befitting the “One,” which is scrubbing toilets. Sadly there was no joke mentioning that rather sitting upon a golden throne, Jupiter kneels at the foot of a porcelain one… perhaps for the better.

I hate my life. 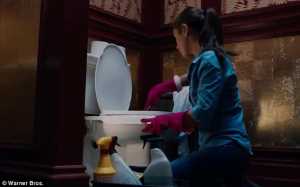 It is as if Jupiter’s disdain for her direction in life intuitively mimicked my sentiments in having to endure 2 hours of her cadaverlike dialogue. Mia Kunis (Jupiter) is a fantastic comedic actress. She has made a mark in “That 70’s Show,” “Friends with Benefits,” and “Ted,” (no I didn’t forget to mention “Meg”) but to put it like Yoda, leading lady she is not. Mila’s performance was without vigor and downright yawn inducing. She’s far from being a ‘Savior of Mankind’ type (she’s no “Neo”). Her screen time was equally split between being hurled into the some sort of urban catastrophe only to be saved by Caine (Channing Tatum) or giving terribly bland expositions on how she must protect her planet… by being hurled into yet another explosion from which Caine again saves her. Again… I’m a fan of Mila’s comedic work, but this film would have been better served with a stronger and more drama-savvy lead.

[Side Note: How many times can audiences witness the leveling of major American cities before it becomes a cliche gimmick intrinsic to any overachieving and underperforming summer blockbuster?] 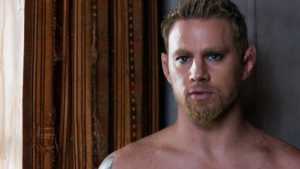 Speaking of Channing Tatum’s savior-complex having Caine, this half-wolf/ half-human super solider (Space Werewolf) was possibly the best and worst thing about this movie. In terms of entertainment, believability, and finesse, Channing Tatum was by far the most pleasing thing about the movie. The problem is when it comes to story and the decisions made by the characters, Tatum’s character had both the most unfounded and contrived parts of the film. One one hand, Caine is a Space werewolf bad-ass with gravity boots that enable him to nimbly glide, dart, and dodge through the skies like a Were-Wayne Gretzky. On the other hand, he dives head first into countless fatal and catastrophic scenarios only to come out entirely unscathed EVERY SINGLE TIME! It wouldn’t be so bad if the before every aforementioned scenario, Caine wasn’t told how immensely unlikely his success would be. 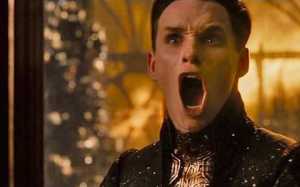 Eddie Redmayne’s Balem is truly one of the most bizarrely portrayed characters in the film. His accent sounds like it would belong to a middle aged British woman with emphysema. He is a phenomenal actor and I think this is one of those cases where he went for it, but didn’t have the right kind of direction to reign it in. Converse to Mila’s limp and forced dialogue, Redmayne brings us something so over the top that it appears he is acting enough to cover for the entire cast. He spends the entirety of the movie whispering his lines with the random insertion of an occasional vein engorging scream.

Titus, played by Douglas Booth, is another high point in the film. His character and storyline were of the more effective in the film. Sean Bean plays Stinger an old comrade to Tatum’s Caine, back from the winged enhanced human space police days (you have to watch the film to get it…). SPOILER: It was nice seeing Bean deviate from his typical on-screen persona and survive the full 2hour runtime (the joke being that Bean always dies on-screen).

Conceptually, the film is very interesting. The discussion on the nature of wealth and the measure required to sustain its longevity is compelling. The over insertion of small and pointless sub-plots as well as false endings really detract from the main story.

Converse to the developmental elements of the film that are more muddled than the mint in a mojito, the entertainment quality is undeniably there. I think the explosion, spaceship, alien life-form loving child in me can’t dismiss the fact that the Wachowskis did bring their larger than life special effects to the film. Just like their other movies, this film is aesthetically well polished. The transitions are visually seamless and the alien worlds to which we venture are distinctly unique.

If this movie came on TV I probably wouldn’t change the channel and enjoy it for it’s CGI-entertainement value alone, but I won’t be buying the Blu-Ray or Redbox-ing this flick anytime soon.

From the makers of the groundbreaking “Matrix” trilogy, the philosophical thriller “V for Vendetta" and the visual stunner “Speed Racer” comes something that has the savior complex of the “Matrix,” the exaggerated expositions of “V for Vendetta,” and a barrage of visual effects akin to “Speed Racer.” If you are a big fan of CGI and VFX, then this will be an entertaining experience. If you are expecting a more well-crafted story like the "Matrix," then you'll probably be left disappointed. 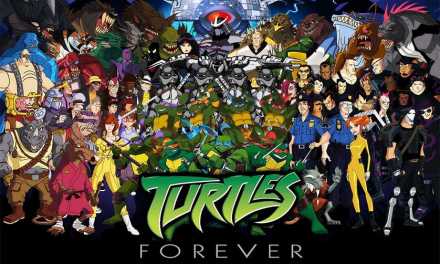