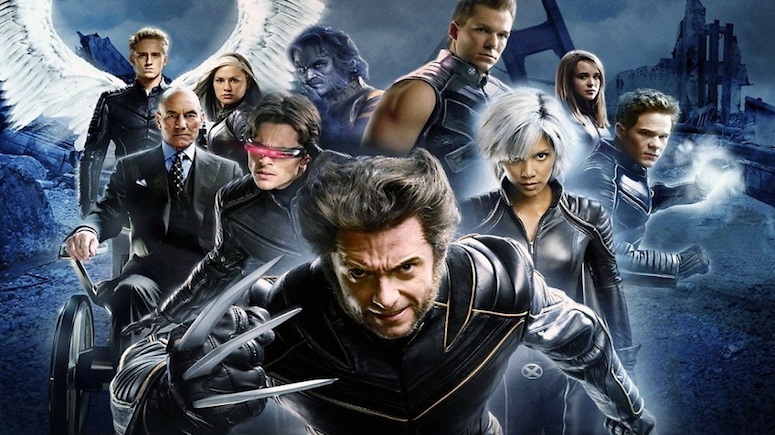 Isn’t it weird that so much has changed in the world and film business and yet FOX’s ‘X-Men’ is still going strong.

Almost 10 years ago the MCU started. At that point this wave of superhero movies had been going on for about 8 years and many were claiming it was getting ready to end. “Blade” proved that a Marvel based superhero film could work. Sam Raimi’s “Spider-Man” was where the genre kicked into high-gear. But it was “X-Men” building off of the success of “Blade” that truly got it started. We have a lot of movies to get through so lets get started. 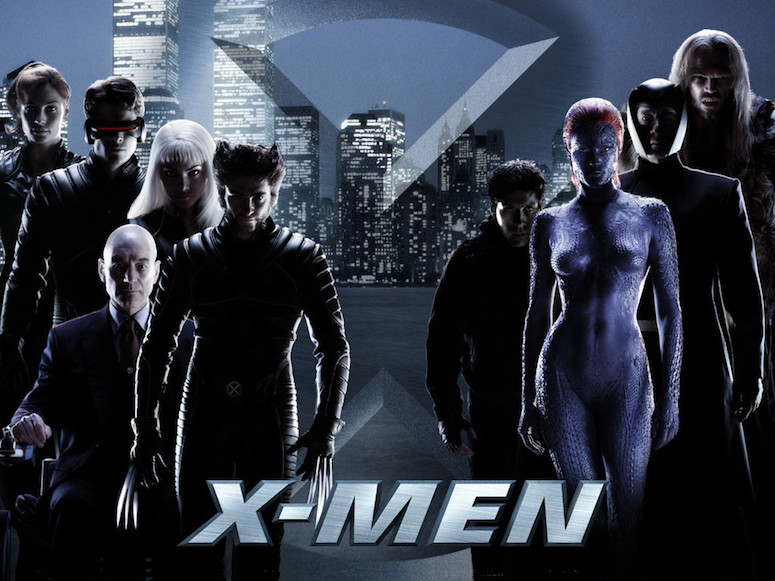 I cannot describe in words just how excited I was for this back in the day. I grew up on the old animated series and I had been imagining what a “X-Men” movie would be like. Needless to say I was elated to learn they had picked my favorite choice for Professor X by hiring Patrick Stewart. I devoured every piece of info I could about it. This was the first time I can remember downloading a trailer off the internet. It took half the day to download and the size of the screen was only slightly bigger than a wallet photo. But I didn’t care, I could see the characters I grew up seeing on TV and comics on the big screen. My nostalgia aside, how does the film hold up? Overall it’s okay. I remember hearing this criticism at the time and now I totally see it, it feels like a feature-length trailer. So much stuff just hinted at. Promising us it would be shown in the sequels. The best thing I can say about the movie is that it made me truly realized how much of a hellish existence Rogue’s life would be and she became one of my favorite characters. At the time this is what we needed a film to be to prove this sort of comic book story could be adapted. However, now it’s kinda quaint to see how small-scale this is in comparison to where other superhero films would go.
Eric’s advice: See it but keep in mind the time this was made and try not to judge it too harshly. 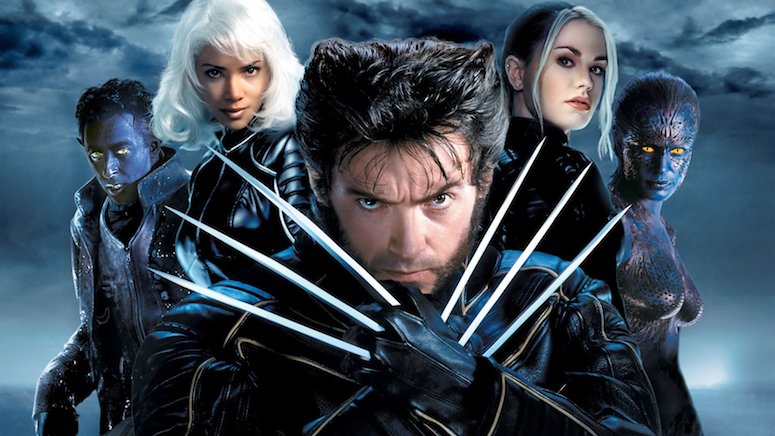 For the longest time this was my favorite “X-Men” film. I didn’t think it would get any better than this. It really felt like it had the best balance of character, emotion, and action. Also, on a side note can we please stop this whole “Bryan Singer can’t direct action” thing? That’s all anyone says when he’s hired to do another superhero movie. Yet, no matter how good or bad it turns out to be there’s always at least one action sequence everyone comes away talking about how amazing it is. I don’t care if you like him as a director or person. But can we at least stop with that criticism as it clearly doesn’t apply. We get a new antagonist with William Stryker, an obscure character from the comics that the films would continue to use again and again. Still he’s great in this played by the wonderful Brian Cox. I have such strong memories of seeing this the first time and the audience going nuts when Colossus armoured up. Then, the collective groans when Wolverine sends him away to protect the escaped kids. Nightcrawler is as perfectly realized a character from comic to screen as I’ve ever seen. He’s so good I wish they could have included more parts of his and Wolverine’s friendship. All of this while still giving many of the characters their own moments and arcs like Pyro’s turn to the dark side or Iceman’s “coming out” scene. The end scene with the President still sends shivers down my spine as a message of hope takes over. And of course our first glimpse of the Phoenix Force and so many promises of great things to come.
Eric’s advice: See it, for the longest time was my favorite of the series. 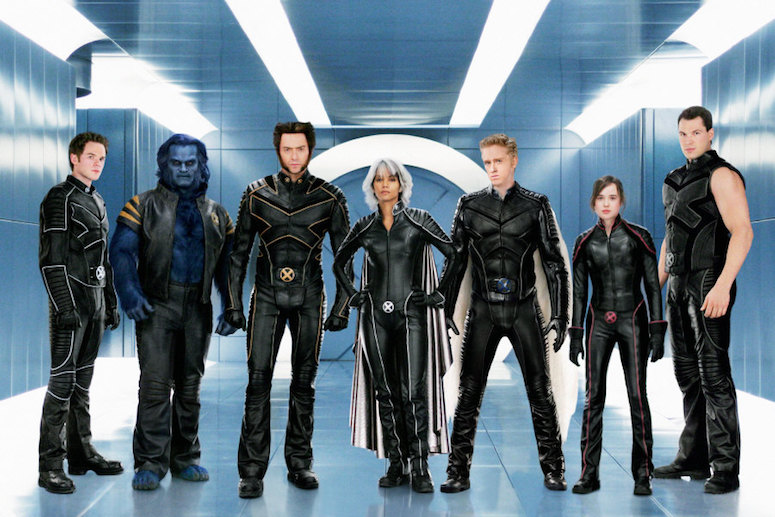 As we all waited for the third film Bryan Singer was offered his dream project, “Superman Returns.” So Brett Ratner was brought onboard. Not only did they need to follow up on the Phoenix tease which would lead into an adaptation of what is generally considered the best X-Men story in the comics, but they also decided to throw in “The Cure” storyline. Either would be fine stories to make X-Men movies out of, but together end up detracting from one another. They needed to pick one or the other. We have even more characters. Angel’s introduction in the beginning is an amazing little story that does a great job showing how so many of these mutants must feel growing up. Sadly even though he is in a number of scenes after this, he serves no purpose. We have Rogue being sent away for most of the film to cover up the actress’ busy schedule. All sorts of issues like that throughout the film. And let me be clear there are a lot of good things in this film like Kelsey Grammer as Beast and Magneto’s reactions to Xavier’s death, but there is also the bad. For instance all the death in this film. You know they went a little far when even a Wolverine fan is complaining about the treatment of Cyclops. Then, they mess up perfectly good characters like Juggernaut (not a mutant in the comics and is Xavier’s stepbrother) and the nature of the Phoenix. In the comics it’s more like demonic possession and is much more interesting. In the end the movie leaves you feeling really hollow. My one comfort is that people have come around to how bad this film is, which is where I was when I first saw it.
Eric’s advice: Not the worst film but pretty damn bad and ruined a promising looking series. 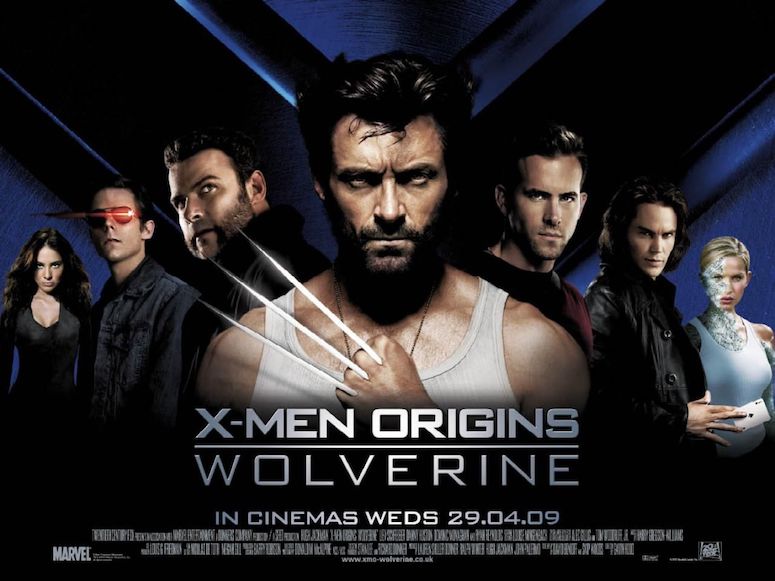 Thus began FOX’s plans to continue the series by doing spin-off films of different characters. Wolverine’s backstory had been hinted at so it seemed natural to start things off with a film about him. Instead, what we got was one of the most nonsensical films ever. I can boil down why this film doesn’t work by just going over the title. “X-Men Origins: Wolverine.” This should have just been a Wolverine movie, but they tried to turn it into a “X-Men” film for some reason. There are so many characters thrown in for no reason other than we haven’t seen them yet. Characters like Gambit are wasted. Deadpool… I think the internet has that pretty well covered at this point. We also have a new Sabertooth actor with Liev Schreiber who gets the personality down perfect even if visually he’s a little off. One thing I’ll never understand is why they felt the need to change his power to growing fingernails. I mean “Family Guy” made that joke years ago and it’s all I could think of whenever they tried to make him seem threatening. They also couldn’t seem to make the CGI claws look right. Ok number one why CGI? You’ve been using practical claws in the films up until this point. It literally would have been easier to use the props. Number two HOW’D they do such a bad job with the CGI. That shouldn’t be hard to do. Then, to top all these other problems off they can’t even get the continuity correct which for a prequel I don’t think is an unfair thing to complain about. I’d get into all the issues, but this is already getting long so I’ll stop here. I think you can guess how I feel about the movie. If not, then look at the next sentence.
Eric’s advice: SKIP IT! SKIP IT! SKIP IT! Oh and SKIP IT!!! 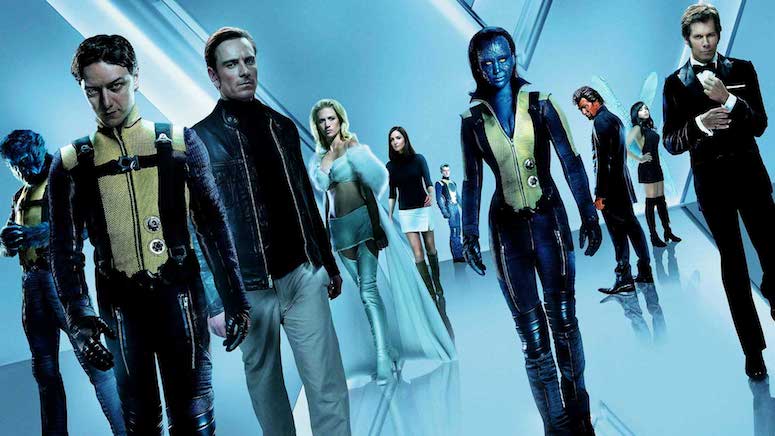 For a while it seemed the “X-Men” series was over. Although some work was being done on a “X-Men Origins: Magneto.” It never got very far, though apparently a little bit was put into this film. At the time this came out a lot of the superhero films that had started this boom had concluded or rebooted themselves. Instead, they kept it in continuity. Although still with plenty of goofs. Not as bad “X-Men Origins: Wolverine” but still head scratching. I remember when I brought some up on a comment section someone tried really hard to insist despite the visual design of Mystique (which is not from the comics) and even stock footage of the concentration camp from the first film that this was indeed a reboot and therefore those complaints didn’t matter. Even ignoring that bull crap, my main issue with the film is A.) it’s kinda forgettable. B.) for a film that is supposed to show us the origin of the friendship of Erik and Charles, I don’t buy it. The arc of them being partners and eventually enemies is fine. But for people that will grow up into adversaries while still possessing an enormous amount of respect I don’t see it. In the comics they were partners/friends for years before they had a falling out with their different ideas. So while the film isn’t bad I find it lacking in some major aspects. It still works despite those, but there also the kind of thing that always makes me tilt my head whenever someone tries to say this is the best “X-Men” film. It also has a great cameo for Hugh Jackman as Wolverine which went over so well it became his unofficial catchphrase from that point on. Although as far as great Hugh Jackman cameos go I’d highly suggest “Me, Earl and the Dying Girl.” Trust me on that for the cameo. Plus it’s just a fantastic film in and of itself.
Eric’s advice: It is perfectly good film and worthy of seeing, just not for me.