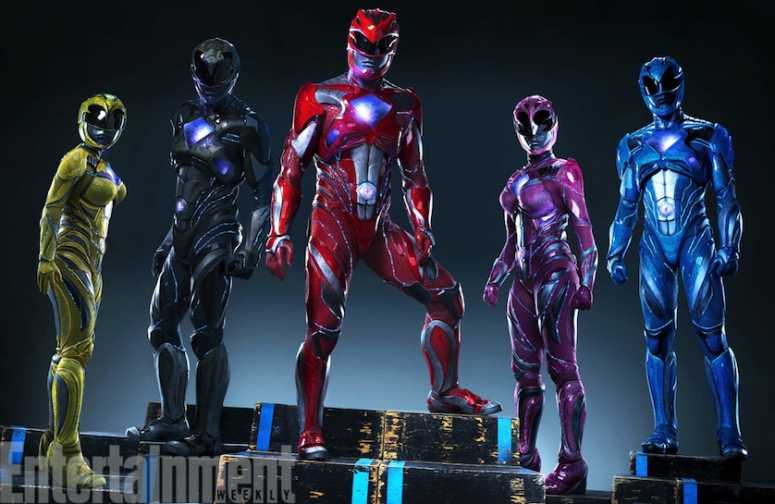 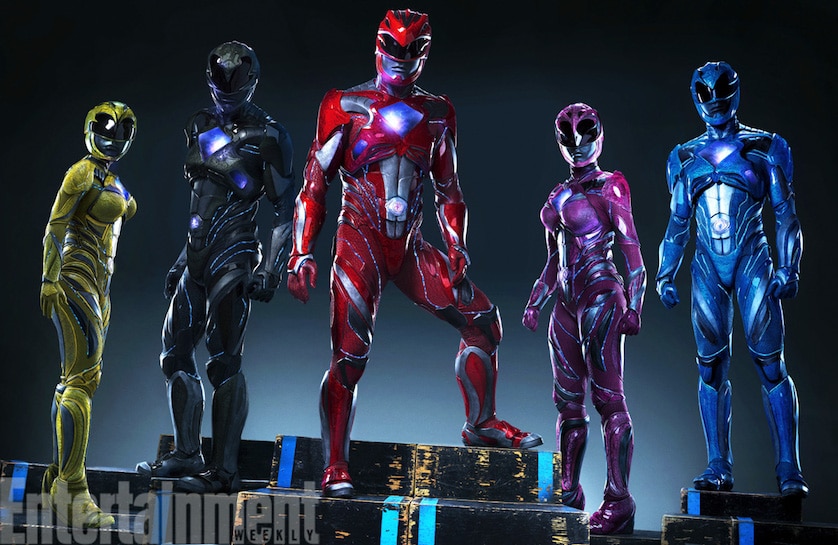 Ever since the ‘Power Rangers’ movie reboot was announced, fans have struggled with a sense of uncertainty as to whether or not their beloved five teenagers with attitude would be donning the original Crayola-colored leotards from the hit ‘90s series. But with the recent reveal of the rebooted (read “sexier”) Rita Repulsa (Elizabeth Banks), it is no surprise that the Rangers too would head to screen with an overhauled wardrobe to match the more mature tone and refined palate of the modern movie-going audience.

Entertainment Weekly has firmed that theory with their exclusive reveal of the new and improved Power Rangers garb. The new suits do pay homage to their ‘90s counterparts, but with a serious Tony Stark meets Guyver upgrade. According to director Dean Israelite (‘Project Almanac’) in a recent interview with Entertainment Weekly:

“These suits needed to feel like they were catalyzed by these kids and their energy, their spirit.”

According to EW the new breed of Rangers, composed of newcomers Becky G as Yellow Ranger Trini, Ludi Lin as Black Ranger Zack, Dacre Montgomery as Red Ranger Jason, Naomi Scott as Pink Ranger Kimberly, and RJ Cyler as Blue Ranger Billy, will be ensconced in a semi-translucent alien armor that “crystallizes around their bodies.” Can anybody say ‘Guyver?’ 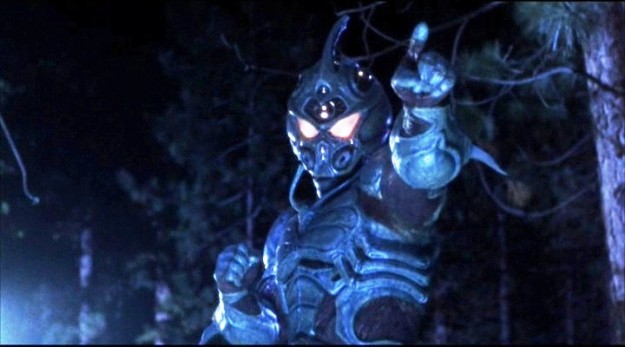 Note from the Editor:  Based on a manga by the same name, ‘The Guyver’ is a film about a young man played by Mark Hamill (yes, that Mark Hamill) who discovers an alien artifact dubiously dubbed “The Unit” which fuses with its host, changing him into an alien-hybrid superhero when danger arises. 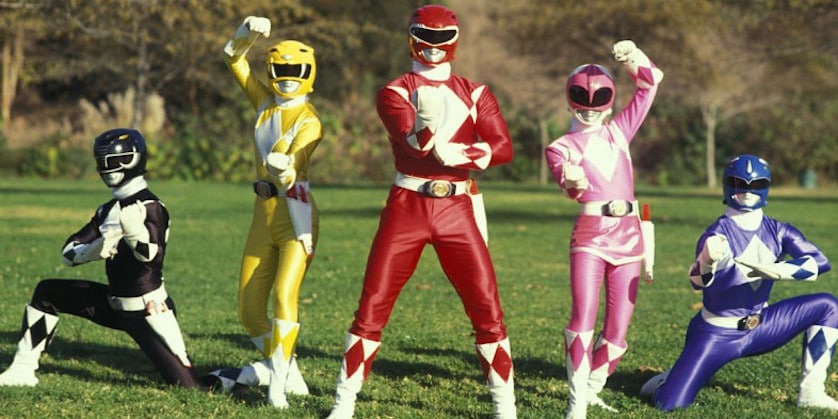 While some fans may be dismayed by the distance from the Power Rangers’ original garb, this revamping follows a trend set by many other superhero costume overhauls. This trend shows design teams stepping away from simple spandex costumes for a more armored and/or textured look. Just take a look at the costume evolution from Bryan Singer’s ‘Superman Returns’ to Zack Synder’s ‘Man of Steel.’ While Brandon Routh’s ‘Superman Returns’ costume had a stylized logo and some texture, it was essentially a glorified version of Superman’s tights from the Donner films. Henry Cavill’s ‘Man of Steel’ garb, on the other hand, ditches the classic red briefs and yellow belt for a more modern suit with tons of texture and added contour to compliment Cavill’s Kryptonian musculature. 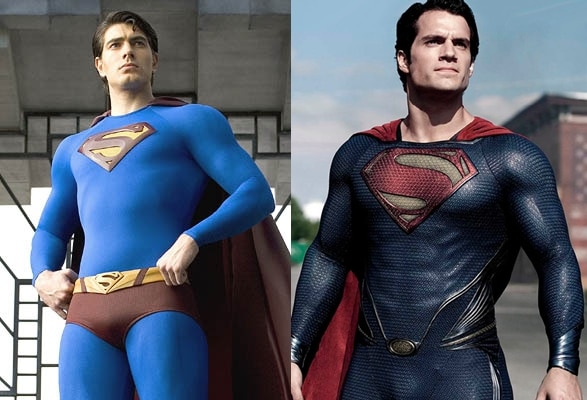 To me, it makes perfect sense to upgrade the attire of the rebooted ‘Power Rangers,’ especially since based on interviews with director Dean Israelite it seems the production is headed in a more mature and less campy direction than it’s early ‘90s counterpart. How realistic would it be to have ‘magical’ spandex be able to shield the embattled rangers against lasers, explosions, razor edged sabers and more without having the audience perceive it to be either corny or low-budget? At the same time, I can see where hardcore fans may be dismayed by the departure from what was ‘Power Rangers’ for a more modern superhero template.

Another major factor in this overhaul may be Adi Shankar’s ultra-dark and tech-riddled ‘Power/Rangers’ fan film, which captured the nostalgia of the original series while also turning up the grit-level to 11. The overwhelmingly positive reception surrounding Shankar’s darker concept coupled with a maturing fan base, hungry for a more adult version of this childhood classic, could very well be the prevailing factors in pushing Saban and company down this darker path, previously uncharted in ‘Power Rangers’ history.

Are you a mega fan of the ‘Power Rangers?’ How do you like the new costumes? Is this darker and more mature feel what you crave, or is it tarnishing the wholesome and kid-friendly universe we have come to know and love? We want to know what YOU think, so tell us in the comments section below.