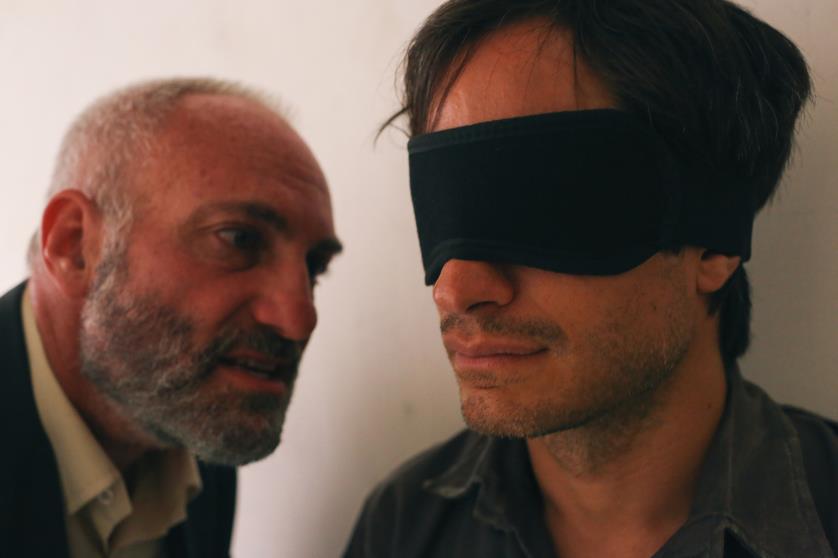 “The Daily Show’s” Jon Stewart makes his directorial debut with the political film “Rosewater” based on a true story.

“Rosewater” tells the true story of Iranian-born, Canadian journalist Maziar Bahari who is imprisoned in Iran for 118 days when being accused of espionage. Gael García Bernal plays the lead role of Bahari during the 2009 Iranian elections. Take a look at the trailer below!

I’ve never doubted Jon Stewart when it comes to his talents both in front of and behind the camera. Despite this being his feature film debut, he is responsible for a variety of award winning television shows and is proven that he is a Hollywood success.

From the trailer, this film appears to be very well shot and will pique the interest of those that enjoy political films. This may not be a topic that appeals to a large audience but I’m interested whenever it is a prominent Hollywood figure’s directorial debut.

What do you think? How will Jon Stewart do as a director?

I have to say I’m pretty skeptical after watching that trailer and I’m a huge Stewart fan.

As far as acting goes though, Jon Stewart has always been fine. He was solid in Big Daddy, fantastic in the Larry Sanders Show, and fine in Jay and Silent Bob Strike Back