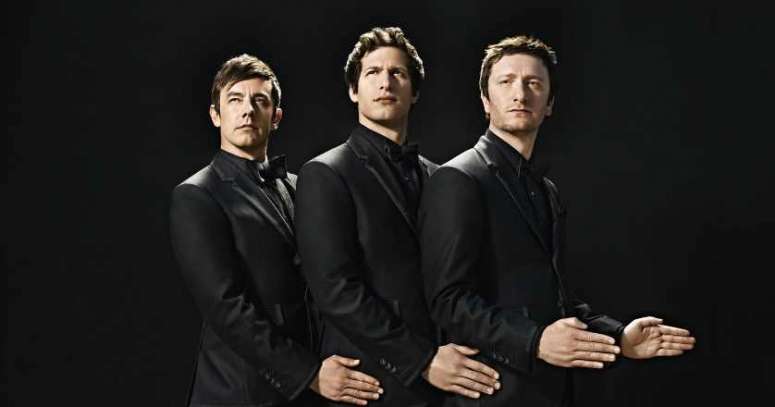 Andy Samberg’s comedic music entourage will be getting a feature film! The film will unsurprisingly be written and directed by Judd Apatow who is known for his work with many other comedic actors.

I remember watching “Saturday Night Live” years ago and the headline “SNL Digital Short” came across the screen followed by the title “Lazy Sunday.” It was one of those SNL moments that I retain in memory due to the exuberant laughter throughout. After that, the laughter kept coming from week to week with songs like “Dick in a Box” and “I’m on a Boat.”

During that time other members of “The Lonely Island” were just producing these songs while front-man Andy Samberg was the associated face. After each sketch/song gained more and more momentum the group came out with two albums in 2009 and 2011 and the rest of the group started to appear in the “SNL Digital Shorts.”

The group definitely has the following for a feature film but the subject of the film is what has me curious. Supposedly the film will surround “the world of music” which is currently vague when it comes to describing the plot. My guess is that it will deal with the journey of the group trying to get on a record label and continually failing but reluctantly having success in some odd form.

Given that this group’s success surrounds their music, I’m wondering how well it will translate to film and if the film could actually be deemed a musical. I also believe that there will be a number of cameos given their history with other musicians and I wouldn’t be surprised if Justin Timberlake plays a part in the film. I’m personally hoping for Michael Bolton, because I love their song “Jack Sparrow.”