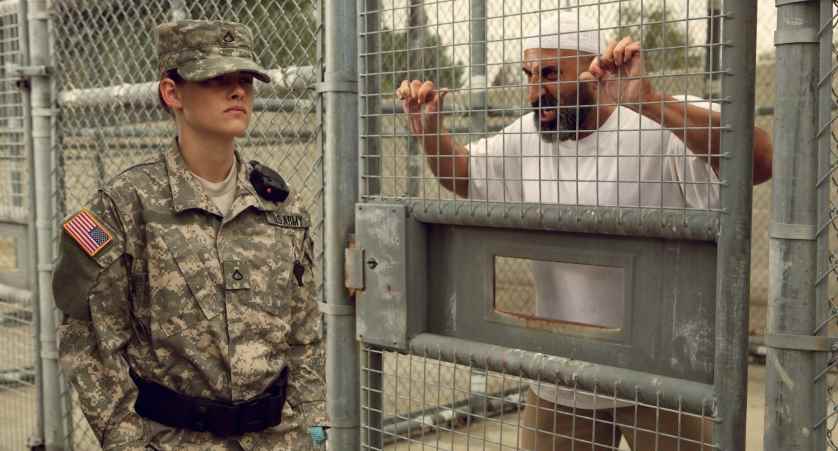 Kristen Stewart has made an effort to distance herself from “Twilight” and “Camp X-Ray” could be a film that gives her that opportunity.

Based around the controversial imprisonment camp at Guantanamo Bay, “Camp X-Ray” explores the story of a female soldier that begins to sympathize with one of the prisoners. The trailer conveys the emotional setting through Stewart’s conversations with the prisoner in question. Take a look at the trailer below.

“Camp X-Ray” looks very interesting, especially being a film that tells both sides of the story for such a controversial subject. Military driven films tend to catch the eyes of critics as well so this could be a winner.

I’m personally not a fan of Kristen Stewart but from this trailer I could see a better performance than what I’m used to seeing from her. She didn’t have any of her frantic tells like she normally has in her roles. She wasn’t biting her lip, going into any frantic ramblings, or having that look like someone just farted when she is in a serious scene. If the trailer accurately depicts her performance then we may see a Kristen Stewart that is starting to blossom into an actual actress.