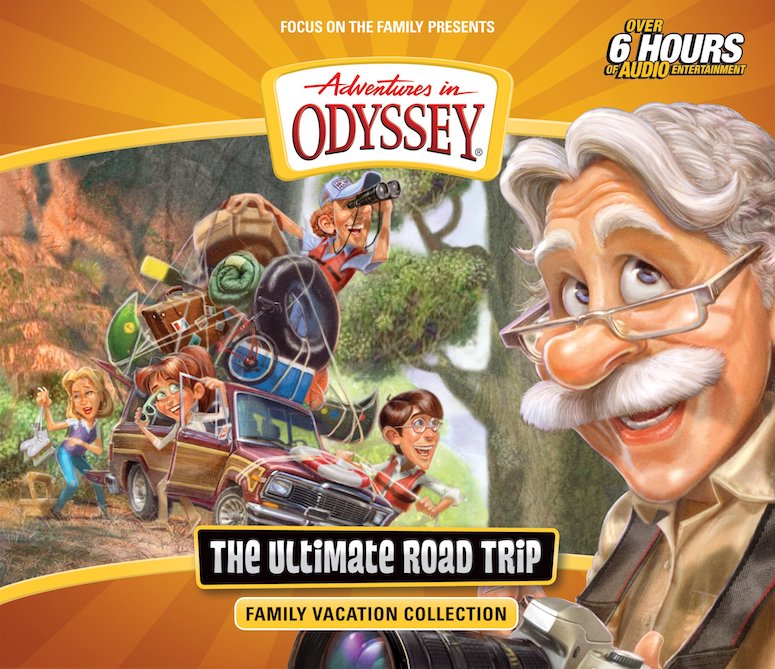 This is one of those I would occasionally hear on the radio while on roadtrips although I don’t think my family ever really stayed on it. I actually sometimes will stop and listen to it now while driving at night. Sometimes I want a narrative story and not music while driving and there’s not anything else to listen to. Plus it’s so cheesy. It’s basically about a town full of lots of characters who get into trouble and normally there’s a Christian solution that the kindly old shopkeeper Mr Whitaker gives them through Bible advice. Also, it has some recognizable talent. I immediately noticed Aria Curzon’s voice as one of the main characters. For those who don’t know she was the voice of Ducky from the “Land Before Time” sequels or Cornchip Girl from Disney’s “Recess.” Apart from that it’s another children’s Christian show and as basic as they tend to be. Praying to God turns out to be the answer a fair amount of the time. Let’s just say that wouldn’t fly in most screen writing classes.

Although to be fair I can remember some episodes that were kinda adult like when one of the main character’s mother dies and her estranged father comes with a half-sister she’s never met. It’s not an especially preachy episode which I legitimately liked. So what’s weird about this? Apparently there was an animated series. Now that may not seem weird, but apparently they just used the older radio episodes and animated that. It’s not hard to see why, the audio was already done and technically it’s the same process so score one for money-saving. The thing is if you look up an episode on YouTube you’ll find regular sound effects missing because again this came from the radio. It makes for a very quiet viewing experience. Also, if you’re wondering about the above image it’s a part of the new art style for the CD’s the contain the radio shows. I personally don’t care for the style, but it was the biggest/clearest image I could find to represent this entry.

The other full collection of Christian direct-to-video movies we owned while growing up. This series took place in the near future where a broadcasting company NME (get it?) has taken over all channels and just shows nothing but violence. To counter this and give people hope though christian morals Commander Kellie and her super kids seems to be an… army? It’s kinda vague, but they spend their time breaking NME’s signal to show their own broadcasts as well as thwarting their evil plans in general. The first film is only 30mins long and really feels more like a pilot to a show. As far as I know there never was one. The only thing I can remember is a comic that was in some christian children’s magazine I vaguely also remember from my childhood. The next film was a hour long and felt a little more like a really story. Maybe a 2 parter for this non-existent show.

By the time we get to “The Sword” we have a feature-length run time and it feels a little more cinematic. We have a new villain General Fear replacing the villain of the last two films Major Dread. A new super kid who is a traitor, but of course the heroes natural goodness turns her to the good side. It’s pretty standard for this series, but then after the heroes have won the General launches his B plan to blow up the heroes’ lair. The End. No seriously it was quite the cliffhanger for young me. The last film is both the longest and the one that feels the most like a real movie. Though remember this is all relative. Still character wise it feels like they’re actually developing which is something. Although it ends kinda weird with like there should be more, but nothing it just kinda ends. Until 2013 when they finally made another one. I haven’t seen it and the only found out while doing research for this. 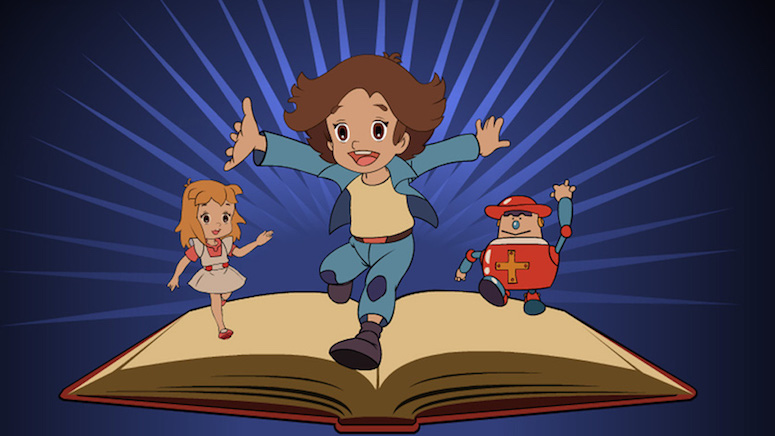 This is one I almost wondered if I made up, but with the help of the internet I now know that it was real. An anime series about kids and their robot transporting themselves into the Bible. They interact with biblical figures and the stories play themselves out. This was from the 80s and we had a few episodes on VHS. I manage to catch a few reruns here and there on TV. The main thing I remember aside from the animated being surprisingly good is that the stories were pretty dark. It’s still acceptable for a kids Christian show, but at the same time they didn’t shy away from death. One I remember seeing showed John the Baptist’s death. It didn’t show the actual beheading, but they got the idea across. And our little anime kid heroes failed to rescue him. You know what’s really nuts there is yet another revival CGI series of this too. I guess these Christian kids shows are as long-lasting as the freaking Bible itself.

Lastly I’d like to leave you with the strangest depiction of the Devil I’ve ever seen. It’s from the episode about the story of Job. I don’t know if they did any other Bible stories that featured Satan. Maybe they changed Old Scratch’s appearance in other episodes, but here it is. The weirdest looking Devil ever. 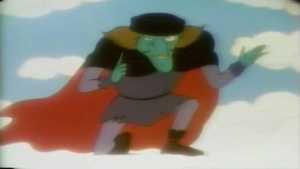 What do you think? Did you ever watch stuff like this when you were younger?