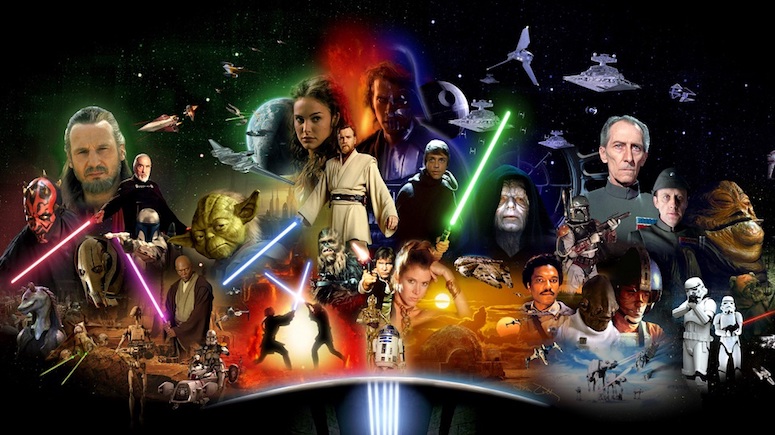 Like many other fans I’m spending the time re-watching the older films in preparation. This time I actually do have a legit excuse in introducing them to my girlfriend because if we can’t get over this hurdle then I have serious doubts in the future of our relationship. Sorry hun. Anyway I felt it was time to go over what are my favorite moments from all the films. SPOILER ALERT! Let’s begin!

Honorable Mention: Yoda Reveals his Lightsaber (“Attack of the Clones”)

Yeah, yeah I know, I know. It’s a moment from the prequels. Some even argue that this is the real worst film of the series. Still it’s one of my most memorable theater going experiences ever. I can so clearly remember the movement of the camera as it winds around Yoda and the lightsaber comes out. The theater went nuts, I went nuts finally seeing Master Yoda fight. Now I know some people hate this scene and feel as though it somehow dilutes his character. I don’t see how it makes him any less wise that he uses a lightsaber. If nothing else it allows for the awesome fight with Emperor Palpatine in the next film.

5.) The Tragedy of  Darth Plagueis (“Revenge of the Sith”)

This scene is… gasp! From one of the prequels. Say what you will about them, but it’s fascinating to have a big budget sci-fi action trilogy where in each one ends with the heroes losing and the villain is one step closer to his goal. Now mind you the heroes didn’t know with each movie that Palpatine was actually the one winning. In general, I love Ian McDrmamid in these films as the Emperor. So picking out a favorite is tough. I went with this because it so perfectly showcases his subtle ways of tempting Anakin. He feels very Devil like here. It’s a simple scene, just Palaptine and Anakin at… I guess a space opera house. He knows that Anakin is getting visions of his secret wife Padme dying in childbirth. Knowing he can use that against him he tells the young Jedi a little story about Darth Plagueis the wise.

The acting and even the dialog all work so well here. John Williams helps with his atmospheric score. As others have noted you may notice its similarity to Snoke’s theme in “Force Awakens.” Now it could be a coincidence, but remember my point earlier about the Emperor always winning at the end of the prequels? John Williams tells us that musically at the end of “The Phantom Menace” with the Emperor’s theme played in an up tempo during the final celebration. So it’s not unusual to think he may put a little clue in the films, just a thought. However, what really sells the scene is its way of adding even more mythology to the Star Wars universe. Kinda like how the old EU did for fans years ago. 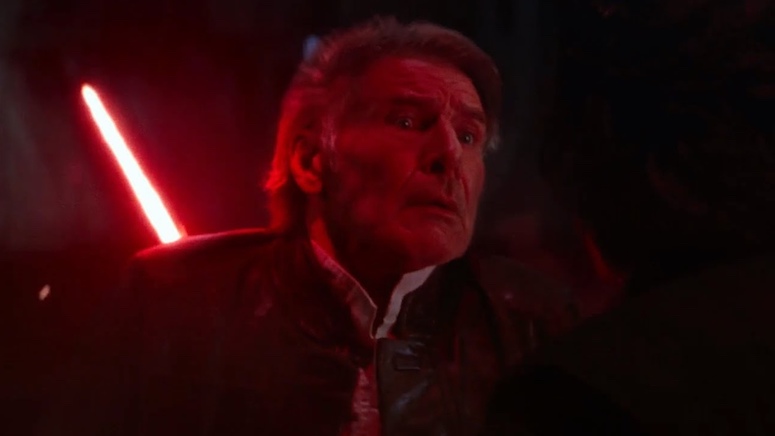 I think it’s fair enough to assume that we’ve all seen this film and know the surprise. If not well that’s what the SPOILER ALERT at the beginning was for. Harrison Ford coming back as Han Solo was something I assumed I’d never actually see. He doesn’t hate the character or the effect it had on his career, he just always felt his character arc was done. That’s the reason for the carbonite scene. Just in case he didn’t come back for “Return of the Jedi.” So when it was announced that he was returning I was pretty sure they were going to put an end to Han Solo. Late in the film Han goes to try to reach his son, Kylo Renn. It seems it maybe working until Kylo’s lightsaber goes through Han’s chest. Now one of the things I love most about this moment is Chewie’s scream. We’ve heard Chewbacca scream dozens of times throughout the films, we’ll pretty familiar with what he sounds like. The yell he lets out at this moment sounds unlike anything else in any of the other films. They capture the sadness/anger in his roar perfectly.

I also love how Chewbacca was almost certainly around for Ben’s younger life before he became Kylo. Probably carried him on his shoulders and stuff like that. But this kid still killed his best friend, the person he swore his wookie life-debt to, he goes for a kill shot. And keep in mind how strong this shows Kylo to be. Or did you think those two earlier scenes of Han being wowed by how strong the bowcaster is was just there for fun. Again, John Williams really adds so much to this scene with such simple tricks in the score. What really helps sell this moment beyond the history we have is how effortlessly Harrison Ford slipped back into the role of Han Solo. It felt like this is exactly how Han Solo would be like. With actors returning to a character after such a long absence it can often feel more like a whole new character that just happens to be played by the same actor. We even manage to get even more development. That scene where he tells Rey and Finn the force, “it’s true all of it” still sends shivers down my spine. That’s true character growth. My only complaint is that I wish it could have been more of a sacrifice like to buy the other heroes more time. As it stands it feels more like he was dooped by wanting to save his son over his common sense. 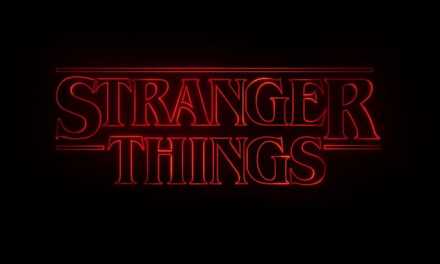 I enjoyed the lightsaber fight in Phantom Menace. I’m really burnt out on Star Wars.

It like a lot of things in that film are perfectly fine on a technical level, I just bring myself to care on any kind of an emotional level.

Han Solo’s death has to be my least favorite moment of any Star Wars film. I actually stood up and waved my middle finger in the theater the first time I saw it. I don’t even particularly like Han Solo as a character, but I still think it screams “shock value,” lacks any true emotional momentum, and is a cheap and unfulfilling closure to one of the most recognizable characters in cinema. And his death seems to have little value to any of the characters who observed it. Just felt like they crumpled up Han Solo like a ball of… Read more »

I think it have been done a little better like I said if it was more of an actual sacrifice but I mean we all know the REAL reason for it, Harrison Ford wouldn’t have come back otherwise. Not sure if that then technically counts as a shock moment because I doubt they would have killed him if Harrison was more into the character like he is for Indiana Jones.