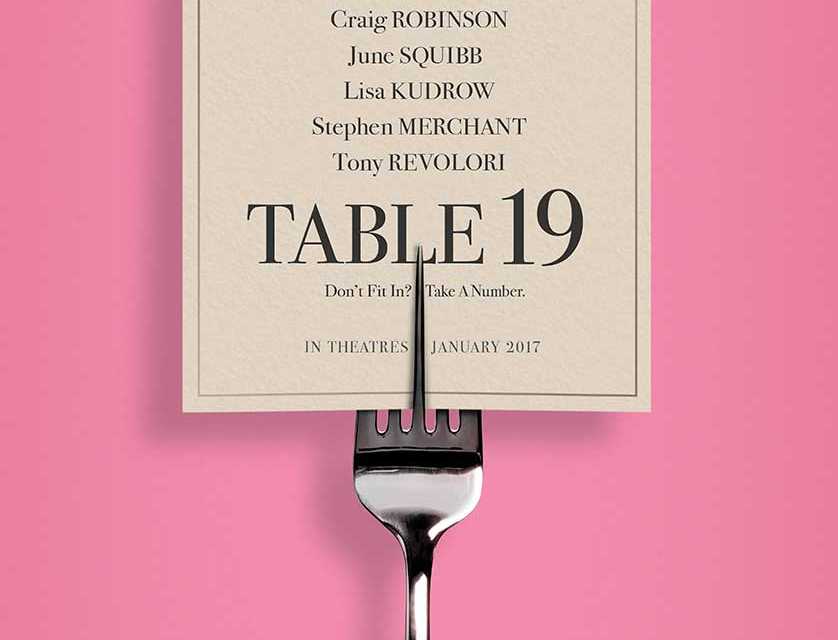 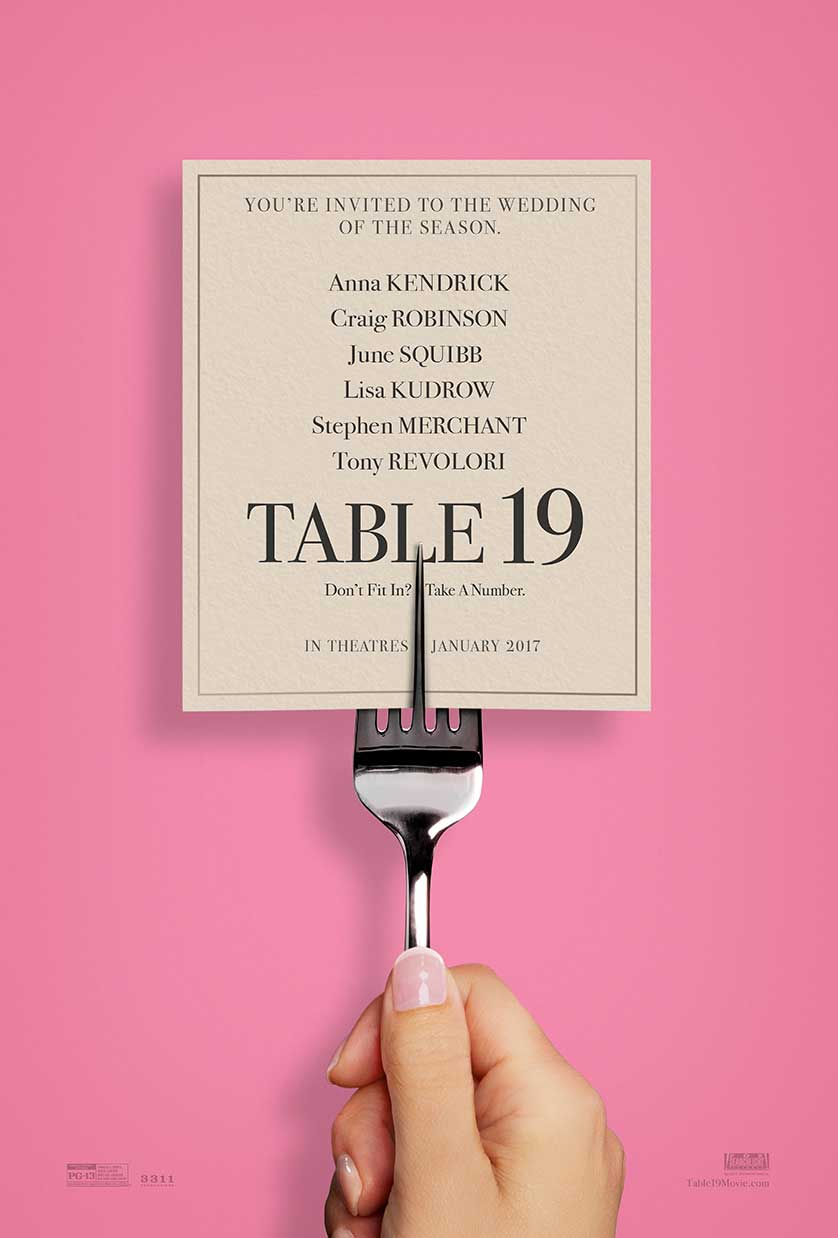 Yesterday the trailer for the Fox Searchlight film “Table 19” debuted with a high profile cast including Anna Kendrick, Craig Robinson, Stephen Merchant, and Lisa Kudrow. To supplement that trailer, teaser art from Fox Searchlight collaborative marketing partner Midnight Oil debuted as well. The art is very minimalist as you can see above but the “less is more” approach actually broadens the statement being made.

The tagline, “Don’t fit in? Take a number,” foreshadows the premise of the comedy in a very subtle way. Adding to that tagline is the position of the fork acting as a metaphorical middle finger and possibly insinuating that this group at this wedding’s table 19 are there for rebellious reasons. The entire poster captures the elegance of a wedding while utilizing those subtleties to give audiences the message of what “Table 19” is about. To see how this correlates with the film, watch the official trailer below.

This film seems to be character driven and with Mark and Jay Duplass (“Cyrus”) behind the screenplay, that comes as no surprise. The mix of talent confined to this table will provide a pleasant familiarity in addition to the film’s star Anna Kendrick. This will be Anna’s second film with Craig Robinson after their first, “Rapture-Palooza,” in 2013. In addition, “Friends” alum Lisa Kudrow and “Nebraska” star June Squibb should be complimentary to the group along with the multi-talented British star Stephen Merchant (“Hello Ladies”).

What are your thoughts on this film? How do you feel about the teaser art?