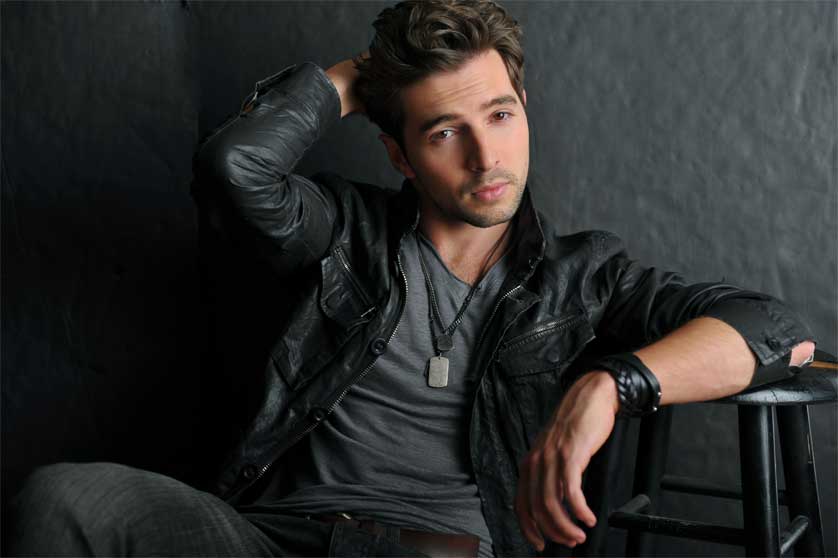 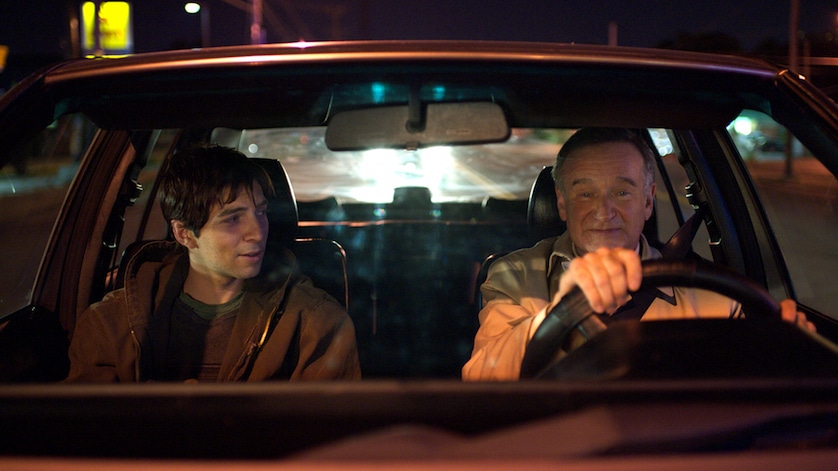 FilmFad: How would you describe the film?

I think the film is about, like many films, human connection. It’s about two people that are stuck in life and have, I guess, the good fortune of meeting and helping each-other out of this rut. And they are two people who are innately broken. One because he’s not accepting who he is and the other because he’s just been dealt a horrible hand in life. Both of them in this limping kind of manner help each-other move forward and gain a momentum that I think they either lost or they never had. So, I think that categorizing the movie as this story about people connecting and willingly or unwillingly, or consciously or unconsciously giving each-other a hand is the basis of what the film is. From there it just becomes, you know, how does his life end up for better or for worse? How does his relationship, his marriage end up for better for worse? What happens when he decides to make this change, and by he I mean Nolan, Robin’s character. When he decides to change his life at 55 years old. You know, when he’s already established such a foundation and such an already… I wanna say monotonous life, but in his point of view I don’t think it’s monotony per say, it’s just comfort. It’s a comfortable life that he’s built for himself, so what happens when he decides to change that? I think that’s what the film is about.

FilmFad: Before “Boulevard” I know you did a film which was “Struck By Lightning” with Chris Colfer and Rebel Wilson, I believe. That’s more of a comedic light hearted kind of role, how difficult is it transition to somebody like Leo, to somebody that has more of a nuanced, dramatic and kind of an underlying agony to his character?

Well, [Chuckles] It’s definitely more painful. Getting to play the Latin foreign exchange student that hooks up with everyone is a lot more fun.

But yeah, Leo was a tough role to get into. One he so opposite to who I am in almost every aspect of his life. So, that was tough. Trying to find, you know, the similarities and also trying to understand why he’s in this position. I think it’s tough when you see someone who’s given up on life, who’s accepted that they’re in a shitty place and that’s where they’re gonna live. For me, I connect much more to the fighting spirit. You know, never give up, always push forward, there’s always something you can do, when Leo can’t. So, it was really tough for me to understand why. Why, what’s preventing from just either leaving where he is, or making a change. Finding that, I think, was the crucial element for me to really understand Leo, and eventually I did. I think, for me, what happens is Leo is really intelligent, I think he’s really an observer of life. He kinda sits back and just watches, but he got stuck. He got stuck in this place where he just didn’t know what the next step was. So, instead of moving forward he’d sit still almost paralyzed. I think that’s when Nolan comes in an gives him this push, it’s awesome. So, getting to understand his world, where he was stuck in. You know, this world of hustlers. Is a really dark and gritty and dangerous place to live in. Especially for somebody like Leo because I don’t think that Leo had ever really been exposed to that so, It just hardens your outside. So, getting to understand that and jumping into the role. With the director we talked a lot about who Leo was and who I wasn’t. I think losing 35 lbs for the role, being in the streets. We’d come to Nashville and so I’d go out at night and just be in the streets and watch cars and experience what its like to, you know, almost be nocturnal. And all that, all that wasn’t easy, but I think really necessary to show him in his most truthful representation. 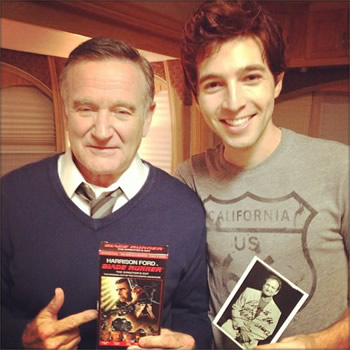 FilmFad: You mentioned Nolan, you had the privilege of working with the late great Robin Williams on one of… this would be one of his last films. What was it like working with him?

It was mind-blowing. It was everything that you could possibly imagine meeting Robin Williams and getting to work with him would be, it was that and much much more. He was a really really generous actor. There were times where, you know, we were both tired, we’ve been filming for 12 hours, and he never gave less than everything he had in every take. In person he was just the kindest man. he talked to everyone. he know everyones name. There wasn’t one person that he wouldn’t spend time with. If there was a fan on the side of the set, he’d walk up to them, he’d take pictures with them, he’ d talk to them. He was always just the center of this whirlpool. It was indescribable to be near him.

Yeah, no it’s huge. For me, actually, he’s the reason I went into acting. I saw “Good Will Hunting” and I saw it right after I saw, I think I saw, “Mrs. Doubtfire” first. I can’t remember what order I saw them, but those two movies, “Mrs. Doubtfire” and “Good Will Hunting,” suddenly came side to side for me. I was like, I wanna do that. I wanna be able to make people laugh and make people cry. I wanna be able to, you know, transition between both so seamlessly and so effortlessly and embody whoever who ever I choose to be, in the same way that this amazing actor that I see on screen can. So, he launched me into this whole thing. So, to be able to come full circle and then be next to him in a scene… I remember the very first scene we did together, I was standing there, he was standing in-front of me and it was that moment of, pinch yourself, cuz this isn’t happening; it can’t be that I’m standing opposite of Robin Williams. I’ll never forget that moment.

Being the New Kid on Set

FilmFad.com: In addition to Robin Williams, you worked with a lot of other accomplished actors on this project. Kathy Baker and Bob Odenirk to name a couple. Was that an intimidating experience or, are they actors that amplify your abilities and they help radiate creativity and that kind of thing?

Definitely. You hit the nail on the head. I think working with actors that are so experienced and so good at what they do elevates you. Just being near them elevates you and elevates your craft. Your able to do things that you wouldn’t otherwise be able to do, just because you have the confidence that you’re working with someone who’s ‘that good.’ It’s funny because Kathy and I actually don’t have any scenes together in the movie. I saw her in the screening afterwards and a couple of interviews we talked about it, it’s so weird, it’s almost like we did like two different movies. And, it really was like two different movies. Nolan [Robin Williams] has his world with Joy [Kathy Baker] and Nolan has his world with Leo. And these two skies can never touch. I got see her work, which was amazing and she has a couple moments in the film that are just, oh my god, you watch them and it shows you what acting should be like. With Bob it was great, cuz Bob, he’s so much fun to be around. And then when he gets in his scenes… We had one scene together where we kinda meet for the first time. And there’s this great moment of, oh so you’re Leo, and I’m like, oh so you’re you [chuckles]. It’s this moment of characters that are from completely different walks of life meeting. Bob and I, oh we had so much fun with it. So yeah, it elevates you in a huge way and for me as a young actor getting to work with that caliber of people is amazing.

FilmFad.com: So Bob being such a comic, and when I say Bob I mean Bob Odenkirk, he’s known to be, you know, kind of jokey and stuff, did he do anything amazing or hilarious on set that set everybody off, or was he practical joker, or was he actually tame respective to his onscreen persona?

No, he was a joker. I mean, I think because of the subject matter of the movie, the tone of the movie, nobody went full out and did any pranks that, you know [chuckles], would have driven all of us mad; because we were all a little bit crazy, there were so many night shoots and everything but… The great thing is, you know, that you have someone like Bob who’s such a comedian and he’s always talking to people and making them laugh. Then you have someone like Robin, who’s always talking to people and making them laugh. So, kind of in juxtaposition with this movie that we’re making that feels like such a sad and painful subject, you had these amazing comedians, and actors and human beings making everybody laugh and lightening the mood. So, It was great. It was exactly what we needed. It was so easily, I mean, it’s not even hard for them to make people laugh. It’s so cool. 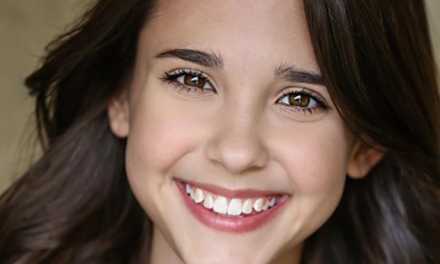 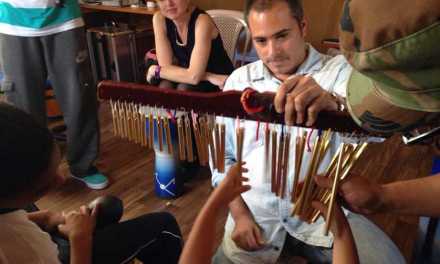