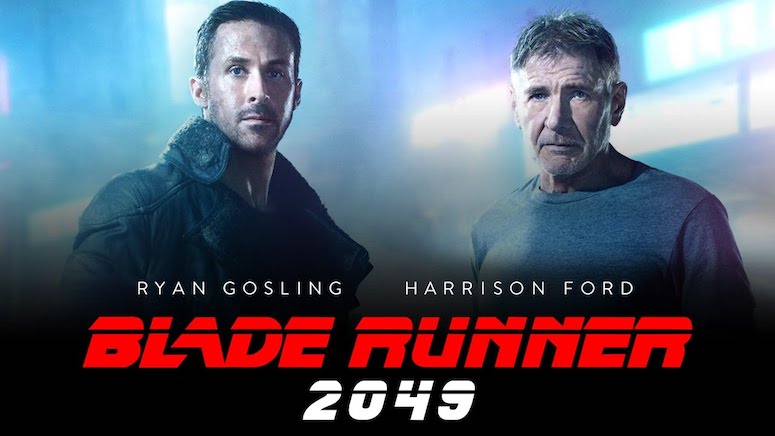 The plot is that after Tyrell died in the first film, it was discovered that his company had just created some new models with expanded lifespans. Eventually with public opinion against them and their leader dead they went bankrupt. Replicants eventually made a comeback when a new scientist Wallace (Jared Leto) created newer, easier to control models. Our main character K (Ryan Gosling) is a replicant blade runner hunting down the last of the pre-Wallace-era replicants. It’s apparently easier to detect them now, no Voight-Kampff test required just a quick scan in the eye. On a routine retiring mission he finds a hidden box containing the bones of a woman who died from childbirth, but soon find the serial number revealing it to be Rachel. Somehow an older model replicant had given birth. It’s up to K to discover how and where the child is. As he goes through the investigation he begins to suspect it may be him. This is based on his implanted memories that he wonders maybe aren’t implants, but real. 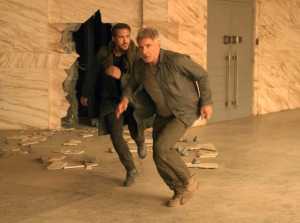 Here’s the thing maybe I’m totally misremembering how this universe works, but I thought only Rachel had the implanted memories to make her think she was human. After all, Deckard seemed surprised at the idea a replicant would have memories when he talks to Tyrell. So then why would K and the new model replicates need implanted memories? I don’t remember Roy Batty or Leon having fake memories. I thought that was the reason replicants often kept photos to make themselves feel like they had more of a life than they actually did. And K and the other replicants know that they are androids. They’re now fully integrated into society. There’s still some prejudice against him from some humans. It wasn’t a huge plot point, but the way it was done just helped the world feel more real. Still the memories thing is a major plot point that all replicants have false memories, but like I said I don’t get why.

Now the big question, is Deckard a replicant? Well I’m happy to say that they still keep it a mystery and that’s one of the coolest things about this movie. It can work both ways here. If he’s human it’s still the story how a man who had lost his humanity regaining it through his relationship with a creature that is not human and even gives up his life to save it. He even went so far as to be willing to leave Rachel and their child to keep them safe from being found. Or if you subscribe to the Deckard is a replicant theory, then it still works as there’s the possibility this was his purpose. He and Rachel were designed to find each other and fall in love. Tyrell’s last true experiment. It would even fix a potential flaw in that theory by explicitly giving him a purpose for being built. In terms of the debate itself I’m personally of the opinion that the question is more interesting than either answer. They seem to indicate that even Deckard himself doesn’t truly care about the question.

Supposedly NOT CGI, an actual hologram on set.

The last new idea I want to discuss is Ana de Armas’ role of Joi. She is K’s love interest and she is a hologram. In this time there are holograms that can be your life partner. Now a cynical person could say she’s just extremely well-programed AI. Programmed to be in love with K, but it never feels like that largely due to Armas’ fantastic performance. If you saw “Her” you may have a different perspective on this. Plus if we are to assume that the replicants can truly have feelings (they only lacked empathy in the original book and film) then I don’t think it’s a stretch to think they used that same technology to give the holograms real emotions to be better life partners. Even if she is a hologram does that mean the emotion she instills in others is not valid?
She sadly gets destroyed near the end and the sense I got was that while K could just go out to buy another one it would never be the same. Joi had become her own person based off of her own experiences with K. Side note, this may be the new champion of saddest death of a technically inanimate object. Take that Wilson from “Cast Away!” One of the most interesting ideas was that while the replicants are still considered a lower class they seem to look down on holograms. I loved that concept as it sadly is very true of life. There are many examples of different minority groups being forced together and you’d think given that they’ve both been badly treated by white society that they’d work/help each other, but instead work to perpetuate the same class structures that affected them so badly. Essentially humans just suck in general so why not give the holograms a chance?

What do you think? What new aspects of “Blade Runner 2049” did you find the most intriguing? 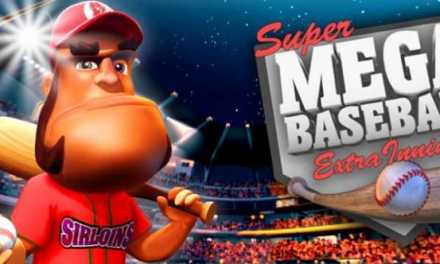 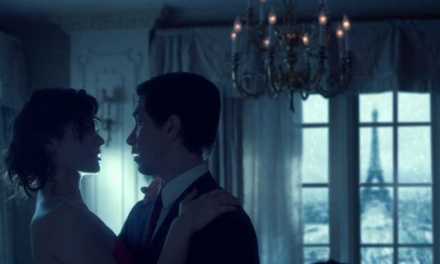