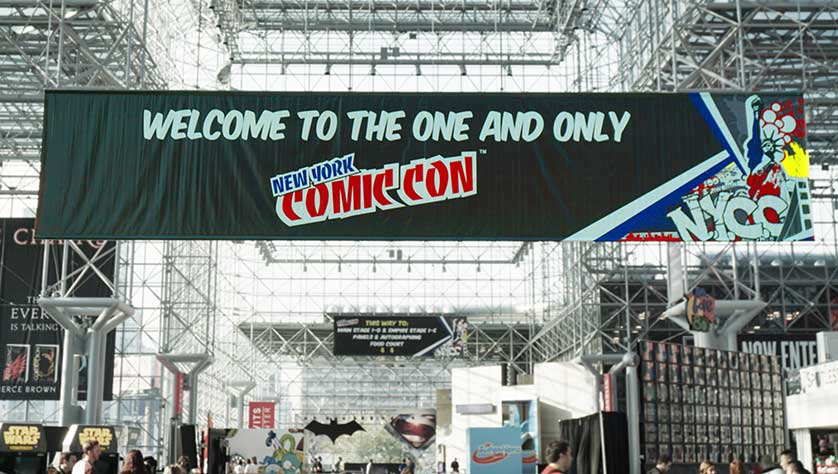 The third day of the trip was when we saw the massive influx of fans. While it seems hard to believe that the Javits Center could hold anymore people after the traffic from Friday, the Saturday show pushed the center to its limits. This was the day of the biggest panels and biggest events. AMC’s “Into the Badlands” premiere was that morning, followed by “The X-Files” premiere was at 1:15PM. For the 3PM panel we had to choose between a screening of “The Last Witchhunter” and the panel for Ash vs. Evil Dead. We decided upon the Ash vs. Evil Dead panel (because we already had a private screening for “The Last Witchhunter” in the queue) and that was definitely the right choice. 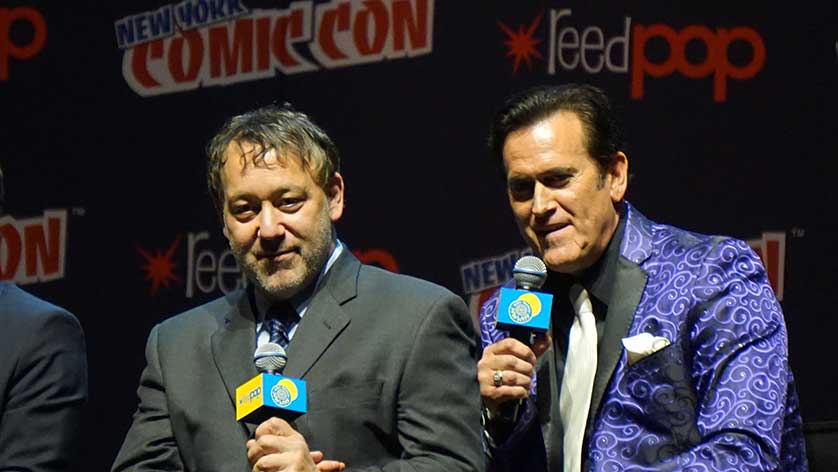 What started out as a panel meant to provide a few clips here and there, turned into a world premiere screening of the first episode of the Starz series. I have to say, if you’re an “Evil Dead” fan then you will definitely enjoy this series as it’s still on my mind days later. Fans were cheering and screaming with enjoyment and the foam chainsaws everyone received gave quite a visual for the crowd’s enjoyment. After the screening was finished we got another surprise from the panel’s moderator Kevin Smith. On stage Smith asked Bruce Campbell if he would appear in his upcoming film and got Campbell to agree to appear in “Mallrats 2.” By far, the “Ash vs. Evil Dead” panel was the highlight of the panels we attended.

After the panel we rushed back to the hotel to post about the breaking news revealed at the panel and then headed back to the Javits Center to cover the event as a whole and grab a few more cosplay photos. 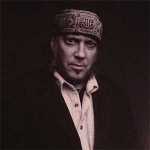 The final day was a bit of a wind down for us towards the end where we took care of most of our coverage in the morning. We did an early morning interview with Robert Bruce from AMC’s Comic Book Men. I have to say that this guy is truly a pop culture plethora of information. I see why the guys at the shop always call him in for a second opinion. I think he truly has an eidetic memory. We also had setup an interview with Drea de Matteo (“The Sopranos,” “Sons of Anarchy”) but unfortunately a schedule conflict came up on our part and we were not able to accommodate the interview given the crowds. I’m sure we will cross paths again in the future.

For the tail end of the show we allotted ourselves about an hour of personal time to shop around. I am a big comic book collector myself but more recently I’ve been into collecting statues to put on my mantle.

Everyone seems to flock to the Kotobukiya or Midtown Comics booth for this sort of thing. While they are a respected distributor, I found the best selection and pricing to be at Royal Collectibles Online

. With a continual flow of people flocking to the booth, the owner stood out amongst the rest of the distributors when it came to a personal touch. He was calm, collected, and courteous which made the browsing and purchasing experience as lot more enjoyable than other booths I visited. I would highly recommend stopping by their shop or online store if you’re in the market for collectibles like myself. 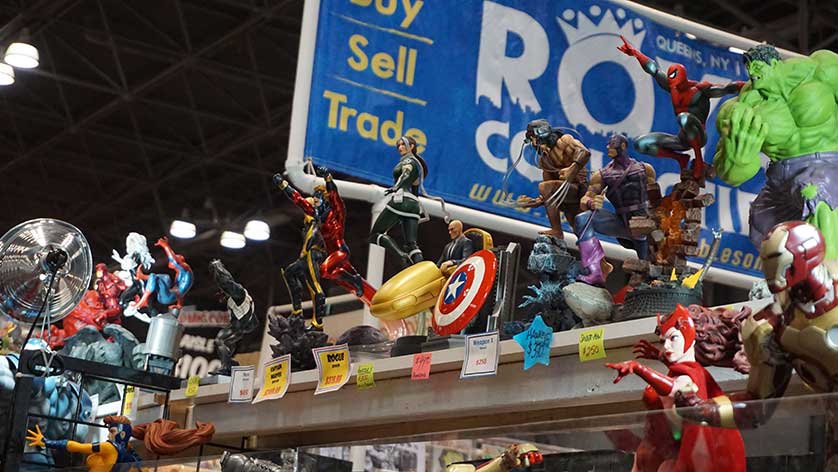 After that we all rushed to pick up our bags from the hotel and start to make our way back home. Overall I would say that New York Comic Con was quite the experience. 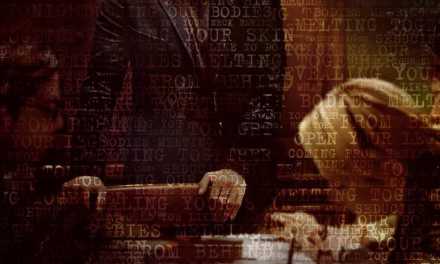