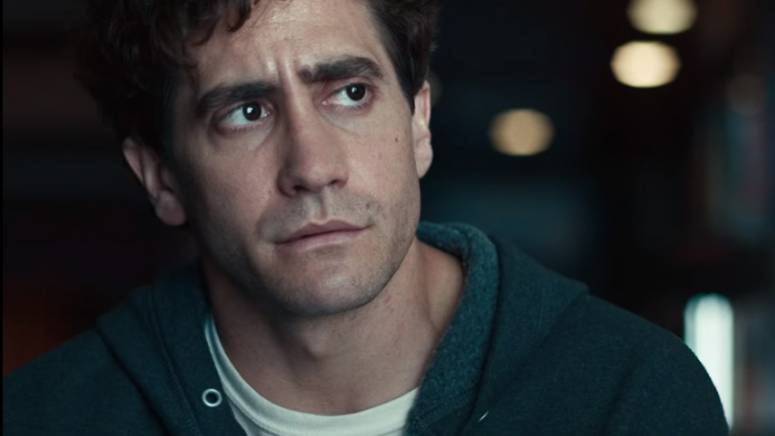 Actor Jake Gyllenhaal delivers so many great performances that cinephiles, casual moviegoers and the industry are united in admiration, With few Oscar nominations, it seems like he is taken for granted. After Leonardo DiCaprio won an Oscar, many Millennial movie fans have cited Mr. Gyllenhaal as the young and talented actor overdue for a win. I couldn’t agree more. I first noticed his acting ability alongside Laura Dern and Chris Cooper in the historical space drama “October Sky” (which was a family favorite in the Miles household).

In his new movie role “Stronger,” he plays real life Jeff Bauman, who survived the horrific Boston Marathon bombing. “Stronger” focuses on Jeff Bauman’s determination as well as confronting PTSD from the terrorist attack. Riveting moments from “Stronger” stuck with me days later including the PT workout scenes, the Bruins game, and the flashbacks to the bombing among others. Watching other scenes where he injures himself is symbolical to re-opening both physical and psychological old wounds.

Jake Gyllenhaal delivers one of the best performances of his career in “Stronger” who fully commits to this based on a true story drama. Any fan of Jake Gyllenhaal needs to watch this riveting performance immediately. We can expect to see him earn a few award nominations including a likely Best Actor Oscar nomination. How impressive the talented actor is only 36 years old with so much potential ahead of him. He has accomplished more than many actors would dream of doing. Here is a quick trip looking back on his career:

His work with the small but mighty young GenX/older Millennial ensemble proved he wasn’t a moody young adult actor from “Donnie Darko.” Ang Lee’s Oscar winning gay romance is a 00’s classic. Gyllenhaal’s emotional outbursts are intense and his tender soul displayed passion. The epic was as vast and gorgeous as the Western landscape. Audiences knew watching this one that they couldn’t quit Jake.

Versatile actors can do an 180 degree turn. I’m a defender of “Southpaw.” Liking “Southpaw” isn’t a popular choice especially during the year “Creed” opened but some critics connected with his powerhouse performance and engaging storyline.  Movie-goers loved it and gave it an A Cinemascore grade, too. Gyllenhaal was as raw and gritty as the movie he starred in.

Earning critical acclaim yet garnering a mixed reaction from audiences, “Nightcrawler” went to uncomfortable places crossing lines with decency and journalism. After a recent re-watch, I felt like Gyllenhaal in this movie was somewhat channeling the unhinged Christian Bale from “American Psycho” – polished on the outside, rotten to the core on the inside, and all around crazy.

Denis Villeneuve’s misunderstood and under-appreciated thriller was one of A24’s first movies and one that shouldn’t be forgotten. Gyllenhaal’s kinetic performance matched the moody and unsettling nature of “Enemy.” “Zodiac” or “Donnie Darko” would’ve been a more appropriate (and not to mention popular) movie to highlight but this one sticks with me. And that ending!

This one was unforgettable, bonkers, and entertaining. 2017 gave us another memorable Gyllenhaal performance that is the polar opposite to his work in “Stronger.” This kooky and polarizing performance as Johnny Wilcox was an amusing comic relief and a distraction from the grim moments of animal slaughter and blood-soaked violence. Gyllenhaal took a risk with “Okja” and it paid off.

Check out his recent interview with CBS Sunday Morning if you need further proof here:

Reflecting on his body of work makes me wonder when will he get a well-deserved Oscar. A case can be made that he deserves serious consideration for his stunning work in “Stronger.” If not soon, when?

“Stronger” is now playing in theaters nationwide. Which Jake Gyllenhaal performance is your favorite?