Sony Pictures will now release “The Interview” on December 25, 2014!

Sorry North Korea, it looks like you lost this battle. Sony Pictures has gone back on their original intent of delaying the release of “The Interview”. Originally Sony Pictures, along with many theaters, chose to halt the release of the film but given the backlash from people all the way up to President Barack Obama, I think Sony was pressured into changing their decision. On December 25, 2014 viewers will be able to see Seth Rogen and James Franco‘s film in a limited theatrical release. Read below for Sony Pictures’ official statement.

Sony Pictures Entertainment today announced that The Interview will have a limited theatrical release in the United States on Christmas Day.

“We have never given up on releasing The Interview and we’re excited our movie will be in a number of theaters on Christmas Day,” said Michael Lynton, Chairman and CEO of Sony Entertainment. “At the same time, we are continuing our efforts to secure more platforms and more theaters so that this movie reaches the largest possible audience.”

“I want to thank our talent on The Interview and our employees, who have worked tirelessly through the many challenges we have all faced over the last month. While we hope this is only the first step of the film’s release, we are proud to make it available to the public and to have stood up to those who attempted to suppress free speech.”

I don’t want to turn this into a political post but I think that Sony made the right decision (even if they were pushed into it). Censorship inhibits the creative process when it comes to film and if Sony chose to cave on this threat, it would set a precedent for many other groups to respond to films. Imagine if other groups disagreed with future films and threatened violence any time they disagreed with a film’s content. I agree that we need to protect people but if we lose our own freedom of expression then what is left to protect? I commend those theaters that chose to release “The Interview” and hope that other big name theaters will jump onboard as well. 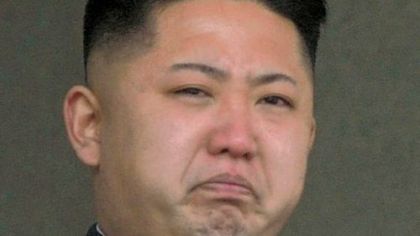 What do you think? Should “The Interview” still be released?